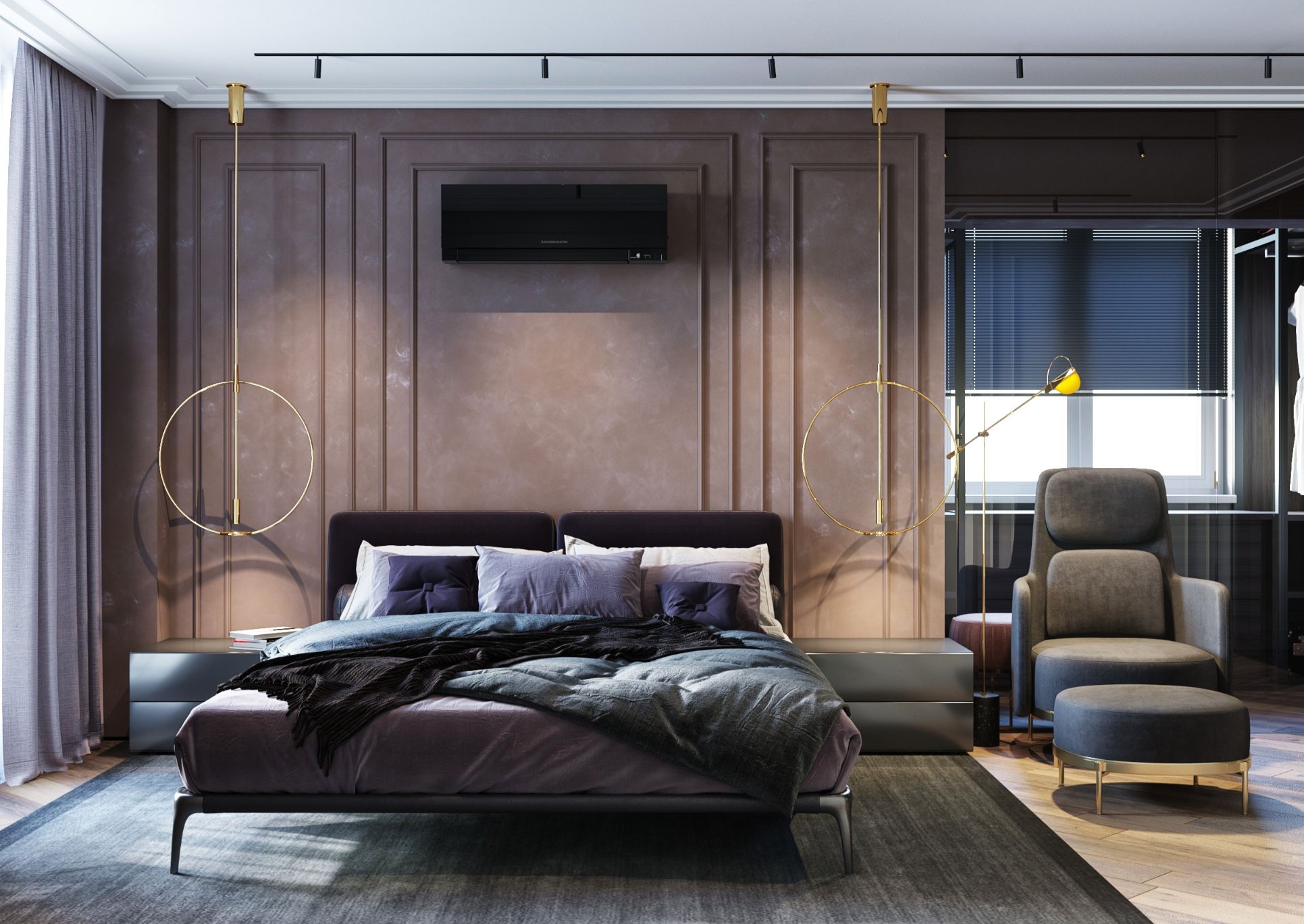 Designed in a modern style, influenced by the classics, the design of this apartment represents the topicality of two colours to its full extent. The interior is dominated by white and brown colours, the latter being present in different hues. From the very beginning the chosen colours offer the impression of a noble and calm space. Subtle accents that can be found in the furniture and décor of most rooms are additionally used for to enhance this feeling.

The convenience of spaces was created without major interventions at the planning level. The change in the layout concerned only the optimization of the entrance to the bedrooms. As for the rest, we focused on the harmonious combination of details.

The kitchen, the dining room and the living room were placed in an open space. Since we already had a fairly large space and a large window through which it is abundantly lit, we allowed ourselves to play with the nuances. Thus, brown is not simply an accent, but a mandatory part of the formula based on which the interior was built. Brown hues are found on the walls and furniture, and it is also the colour of the parquet.

Although hues that we used are not cold, the space was filled with details meant to give it even more warmth and comfort. We added textiles – the curtains, carpet and a sofa upholstered with textile. Also, classic paintings and frames appeared in the living area as accents. The luminaires are also of major importance, being a tribute to the modern classic style. The chairs upholstered with velvet, some of them with golden legs, consciously combine the functionality with aesthetics.

The stylistic line of the design also continues in the bedroom, where we have the same play on brown and white colours. Here, however, in addition to frames we have chromatic accents in the furniture. The balance between two basic colours guarantees privacy and nobility. The bathroom, finished with tiles matching the rest of the apartment in colour, creates the same feeling. 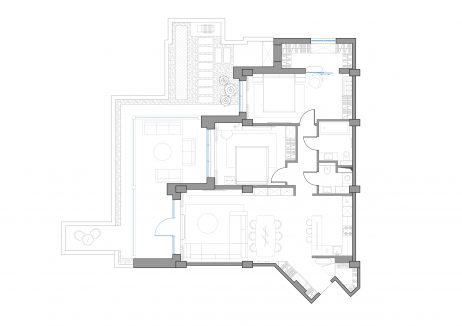 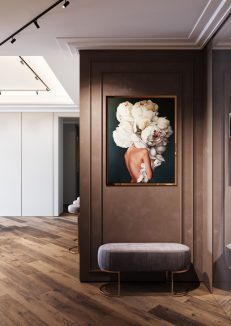 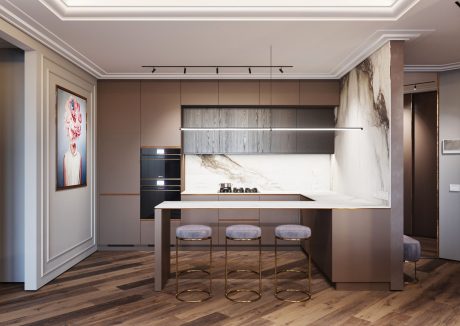 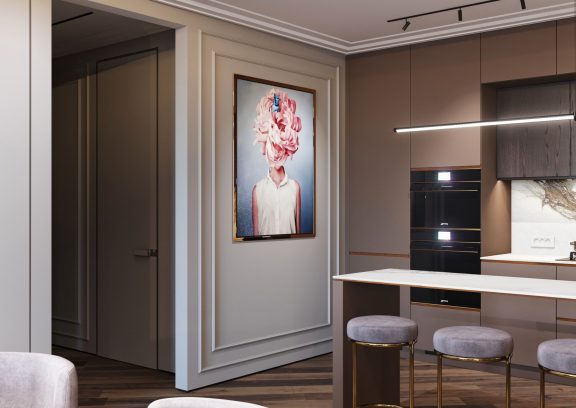 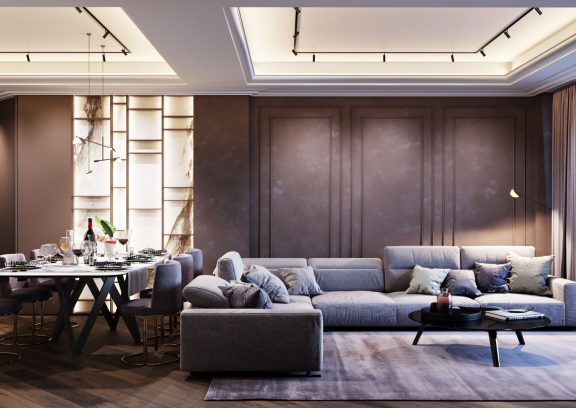 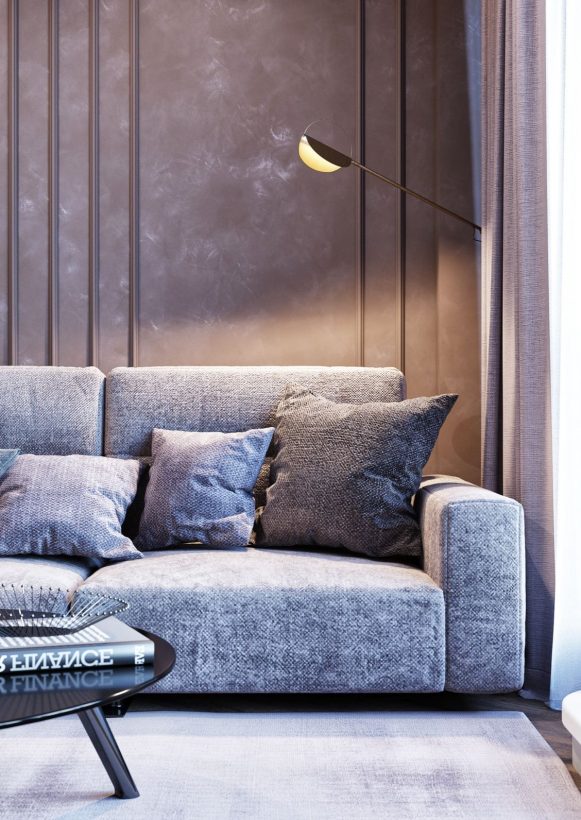 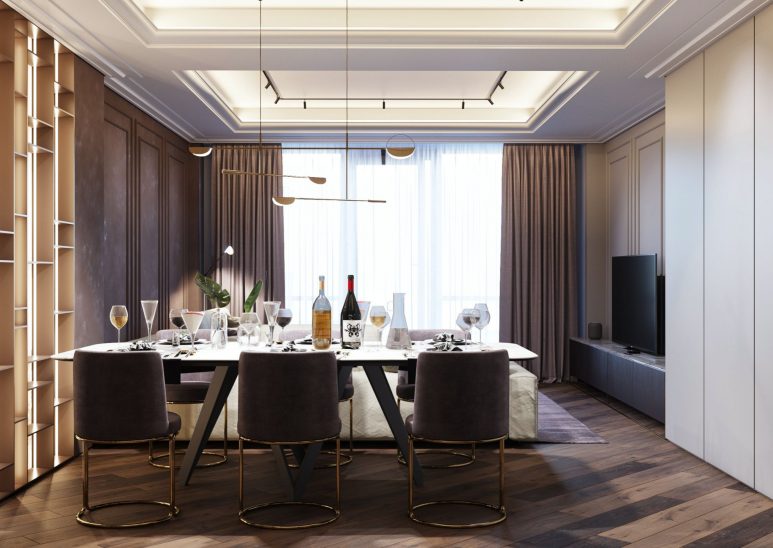 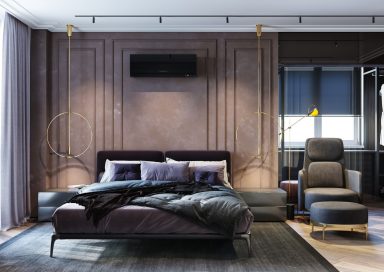 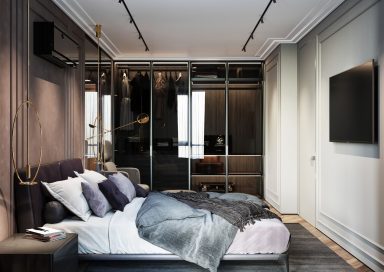 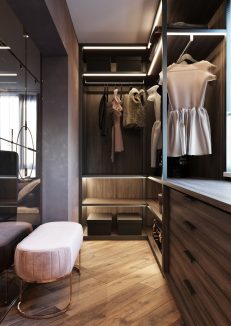 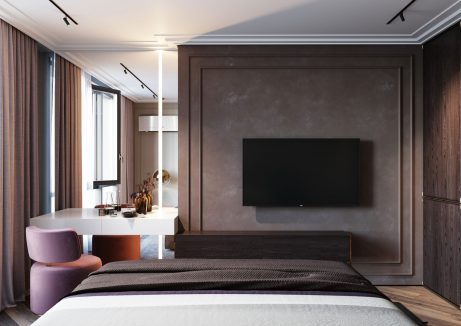 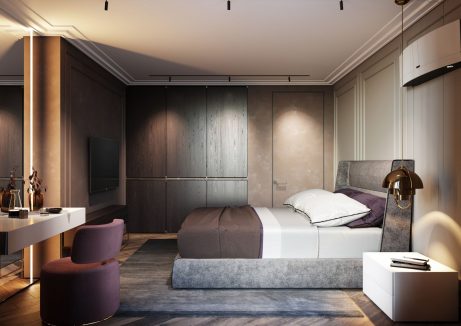 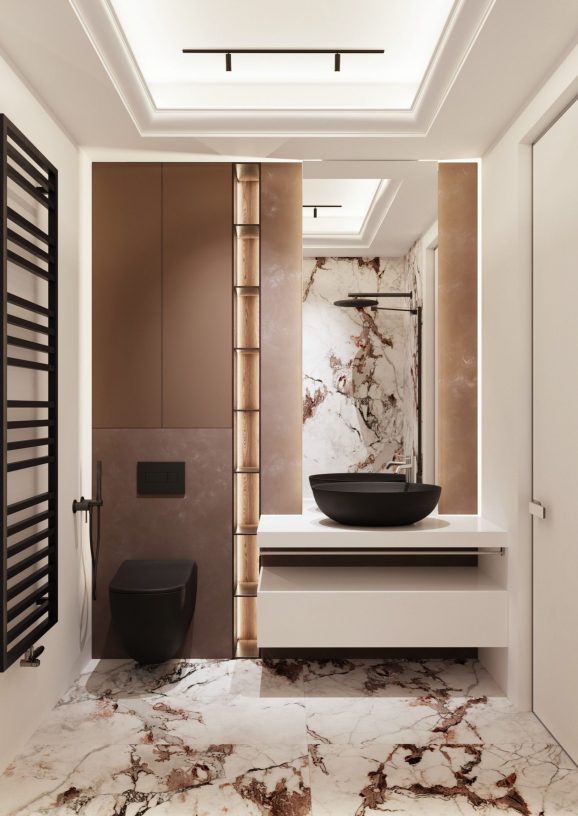 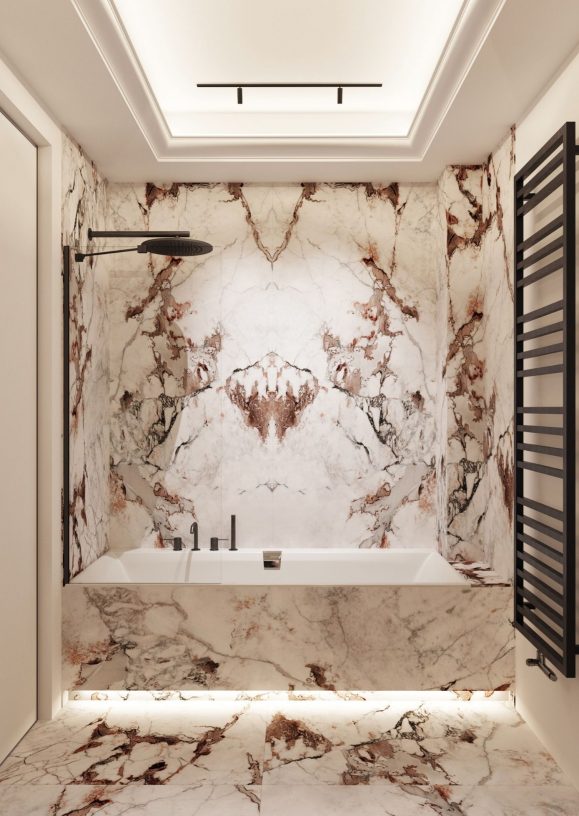 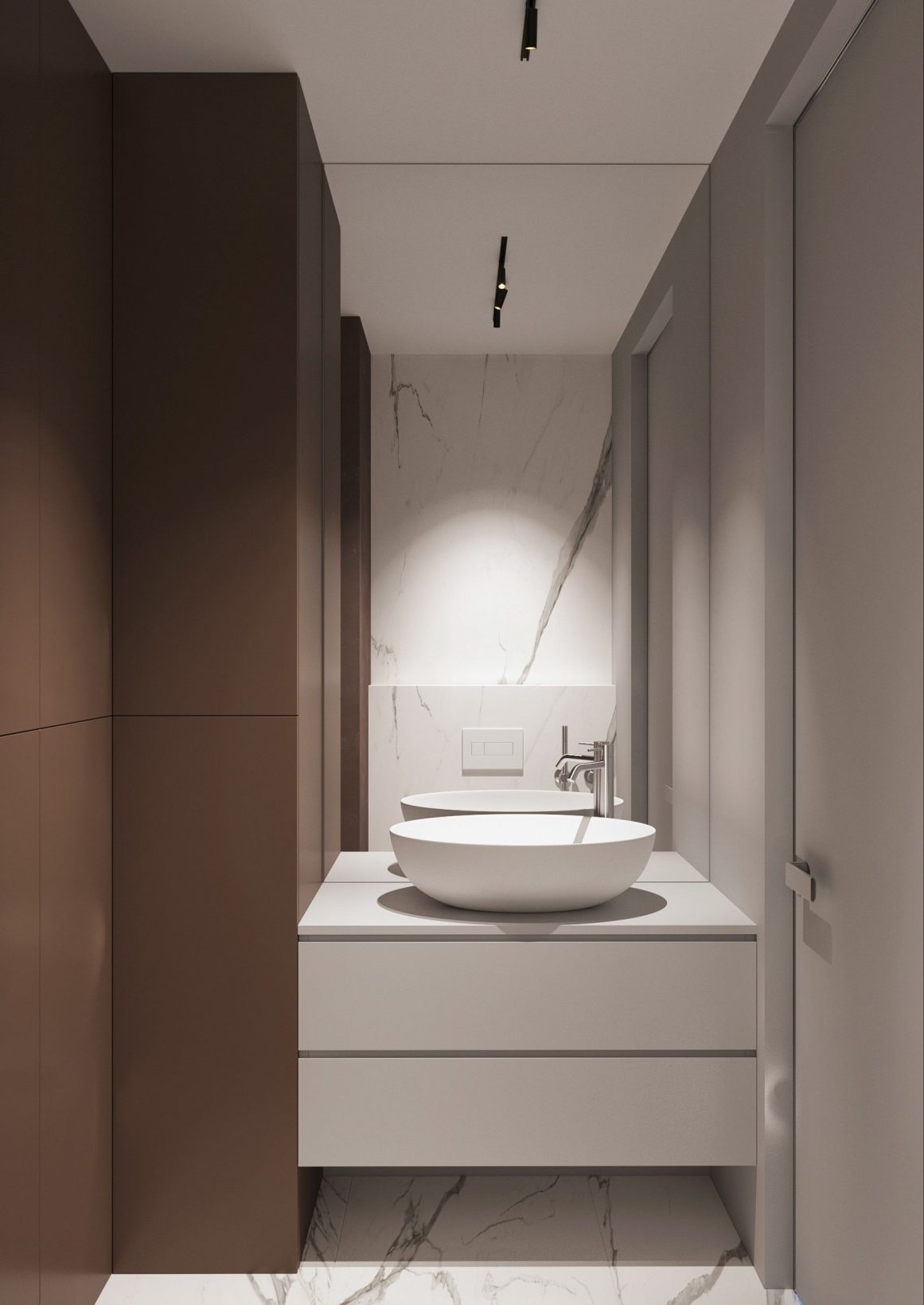