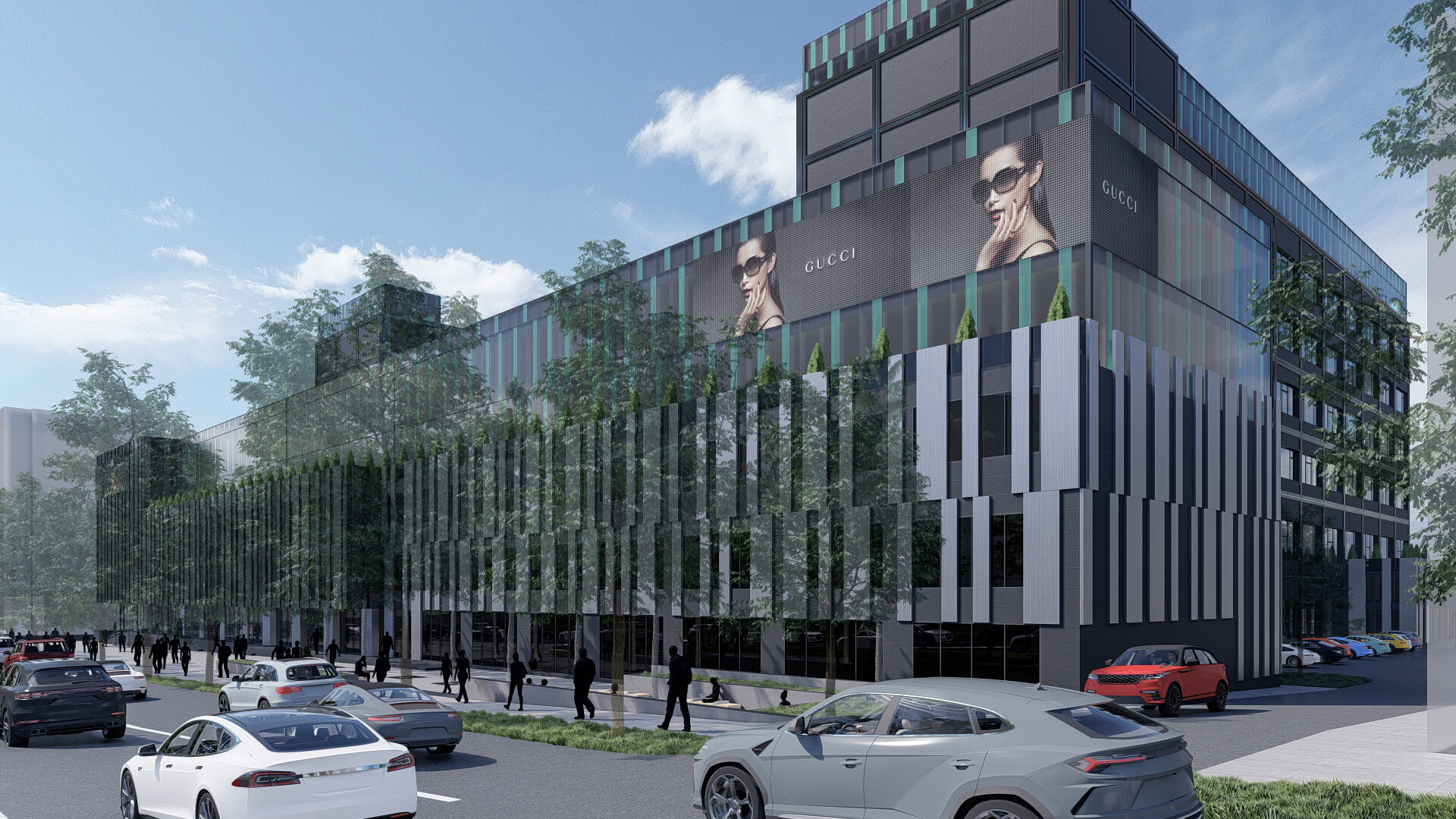 Sustainability means not only the use of innovative materials, but also the restoration of the functionality of existing buildings. This dimension of sustainability was exploited in the project below, in which we had as the main goal the revaluation of functional architectural reminiscences.

The buildings of the former factory, constructed in the brutal style characteristic of the Soviet period, were taken as a basis, and we set ourselves the goal of providing an aesthetic and functional re-equipment of the old ensemble so that it could be transformed into a new multifunctional core of the city. While preserving the initial shapes, we have created a play of geometric lines on the facades. We designed a series of metal consoles that support the new dynamics of the buildings for to give a modern look to the entourage. We have given the complex a modern look by designing anthracite ceramic tile façades and additional levels covered in white and turquoise polycarbonate. We also resorted to an aesthetic uniformity of the existing windows and showcases, so as to create a visual harmony.

We also ensured the traffic flow as the ensemble is going to bring together a series of premises with different destinations, such as: dental clinic, restaurant, café, hotel and offices. Thus, apart from designing parking places in front of the complex, we also thought of a multileveled parking lot. 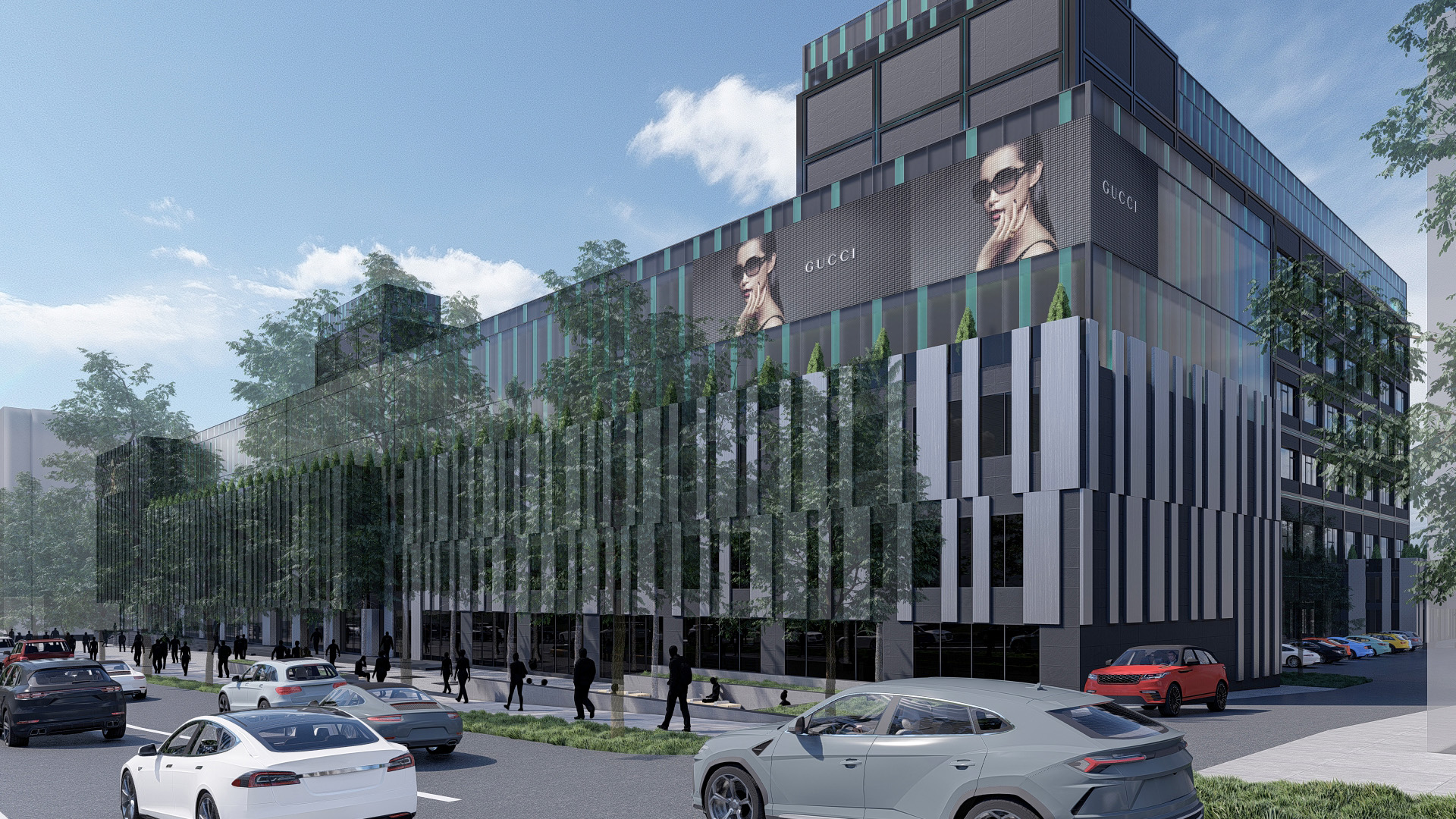 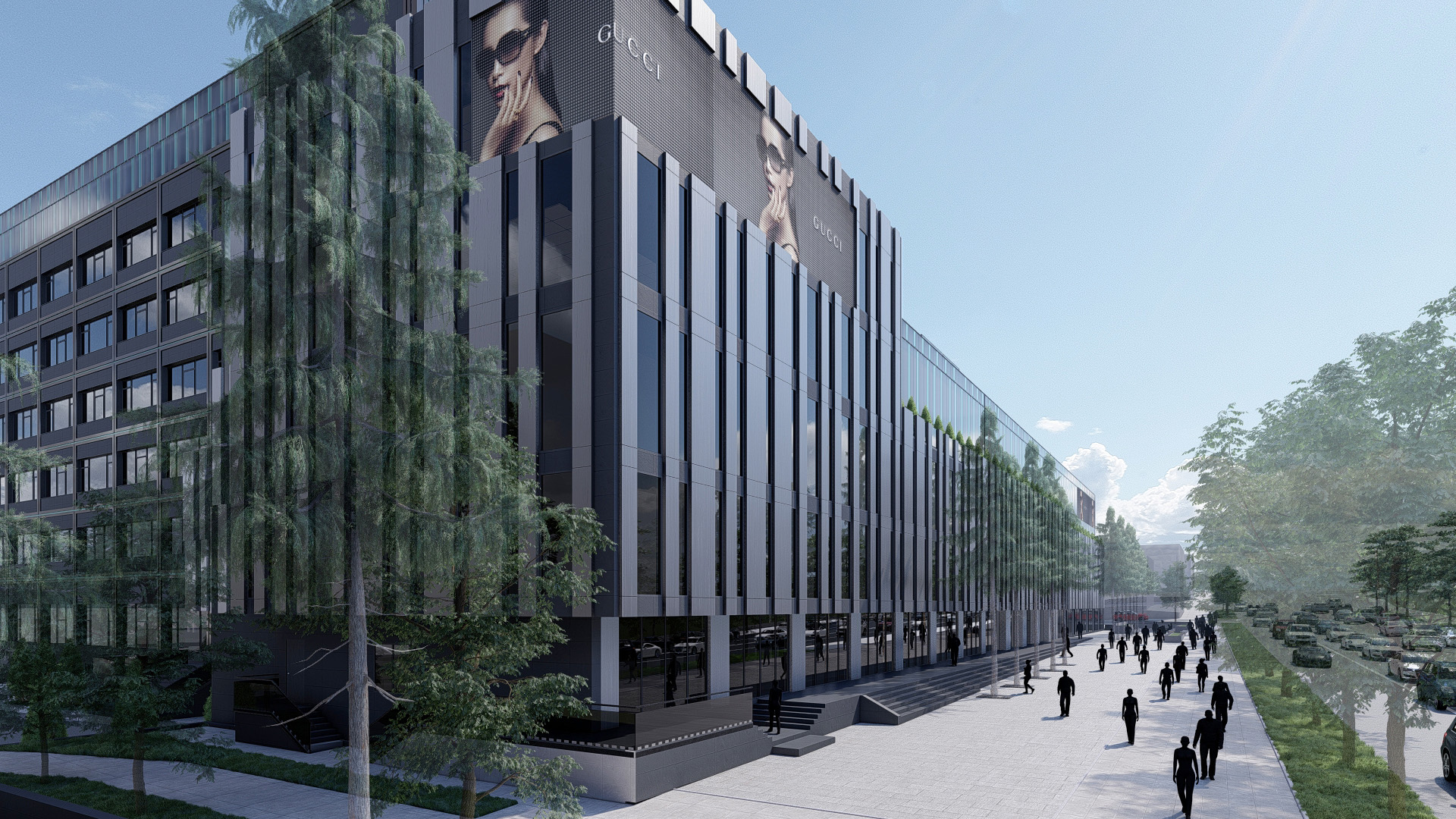 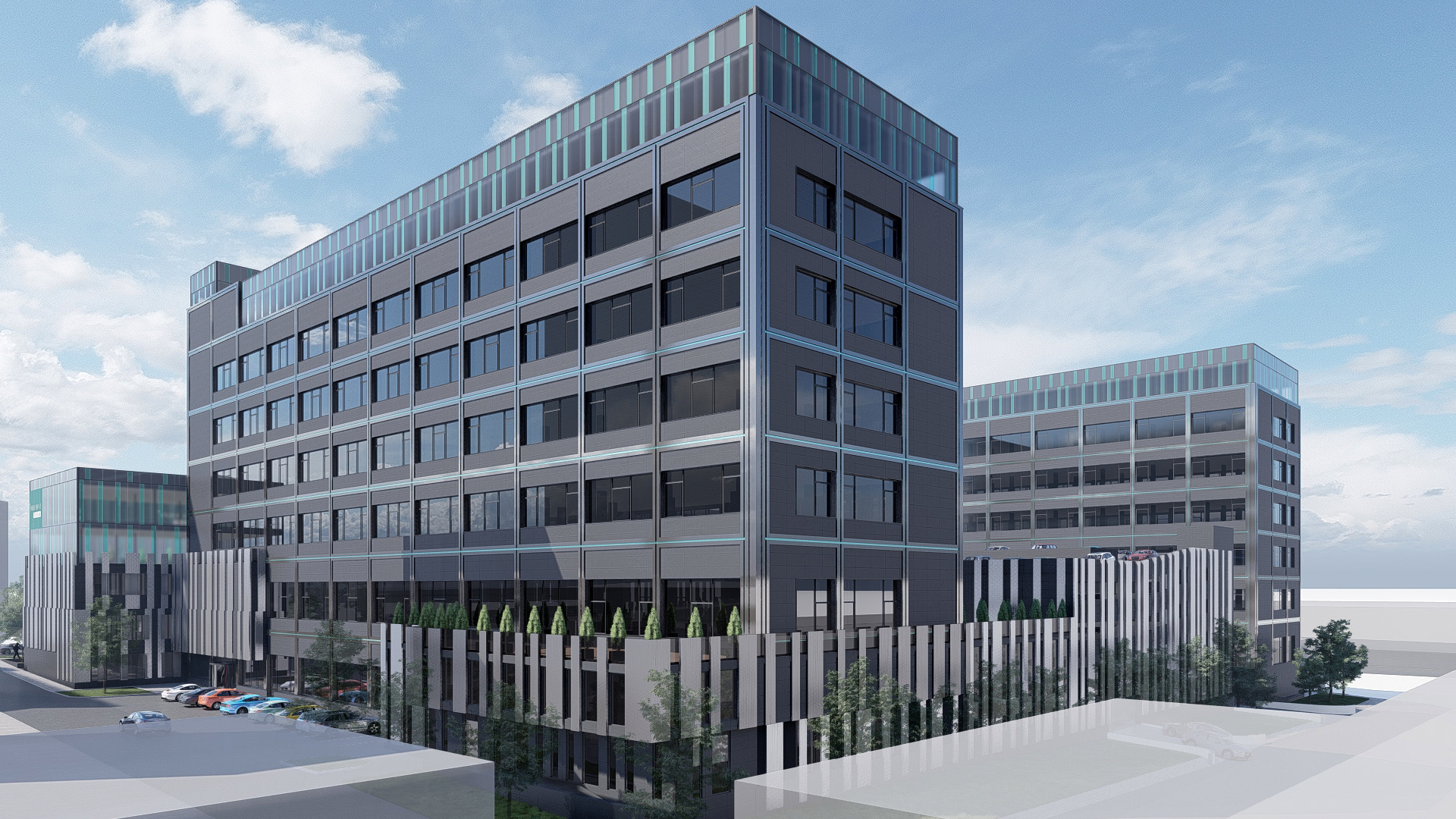 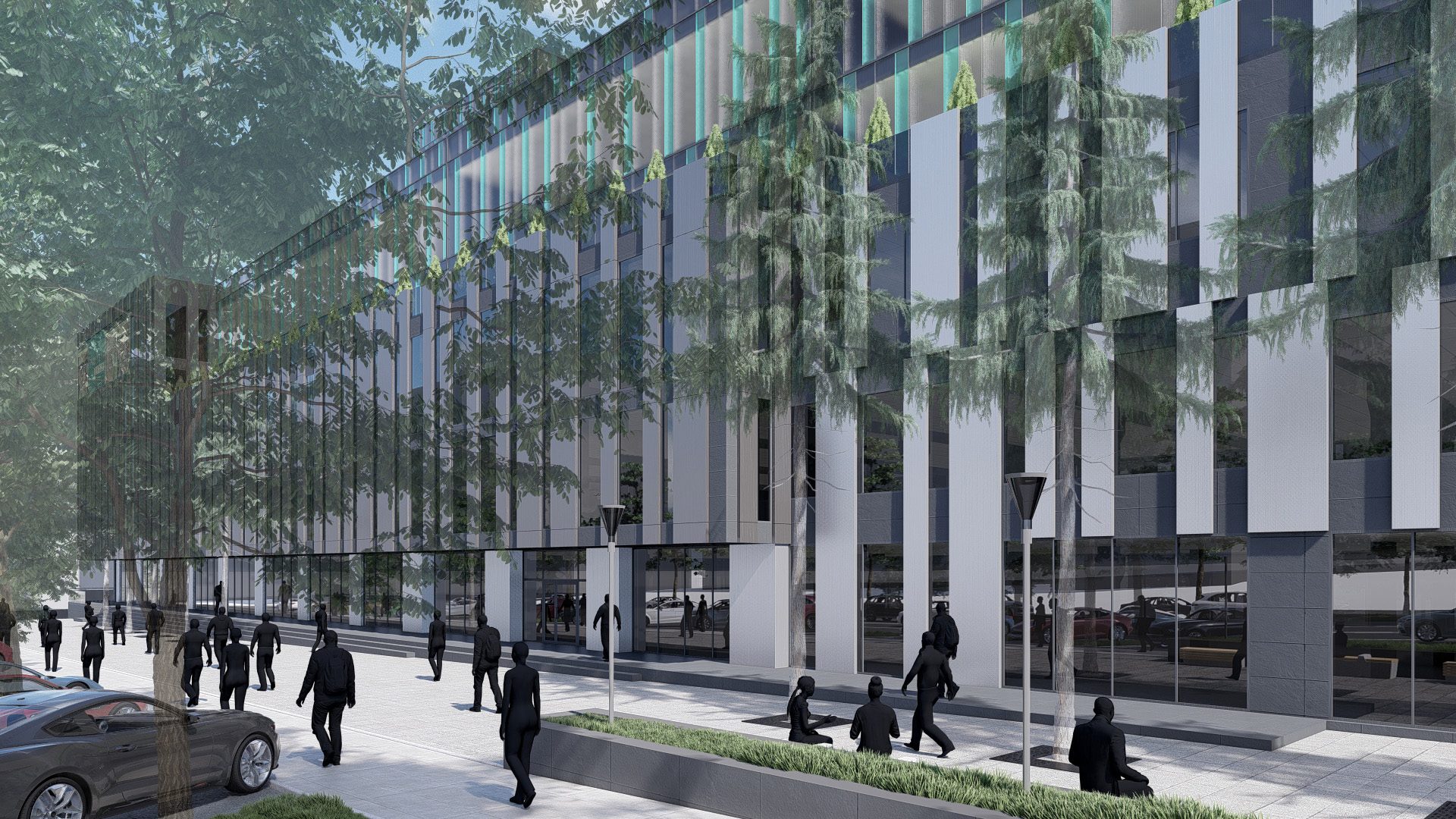 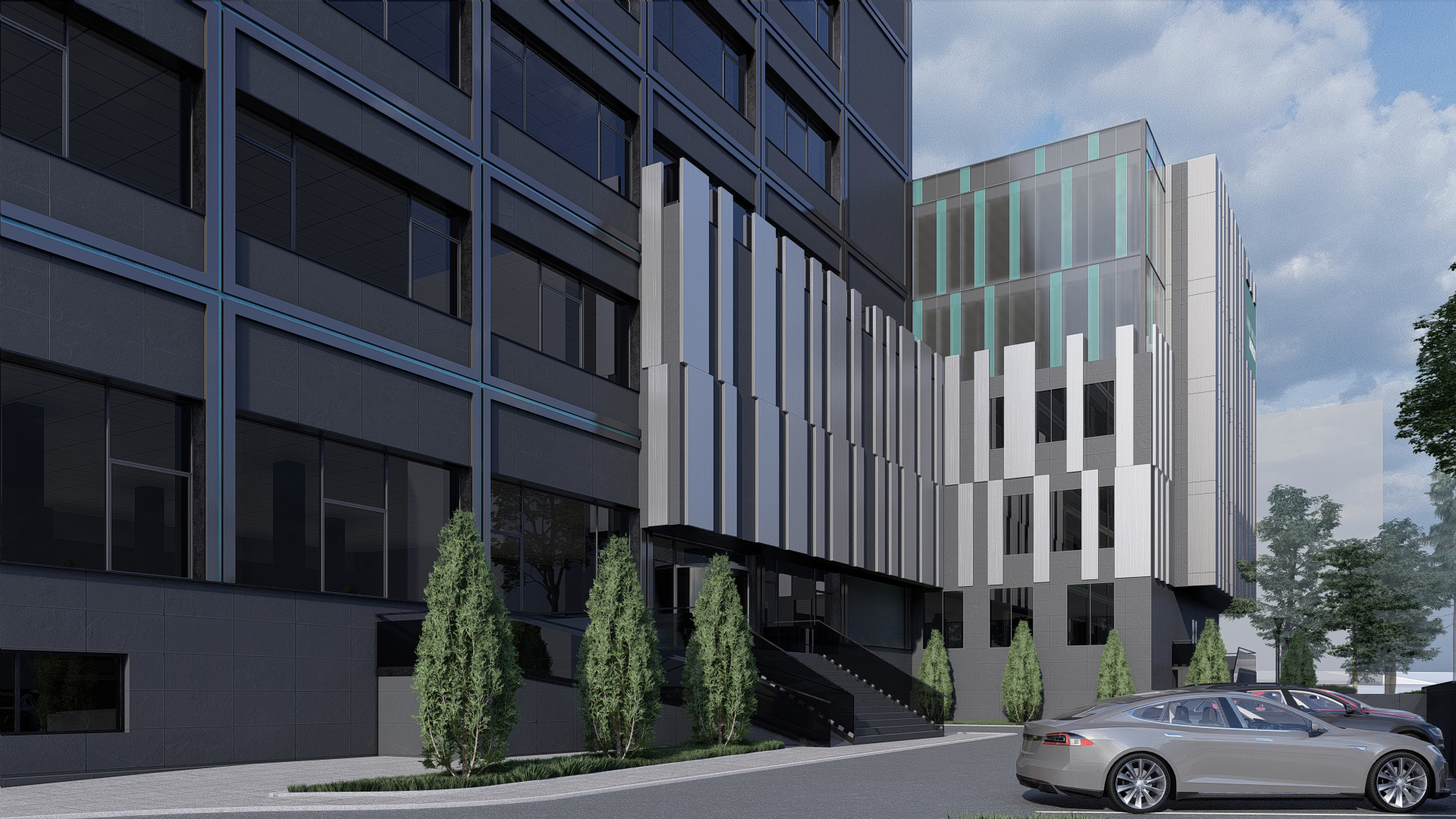 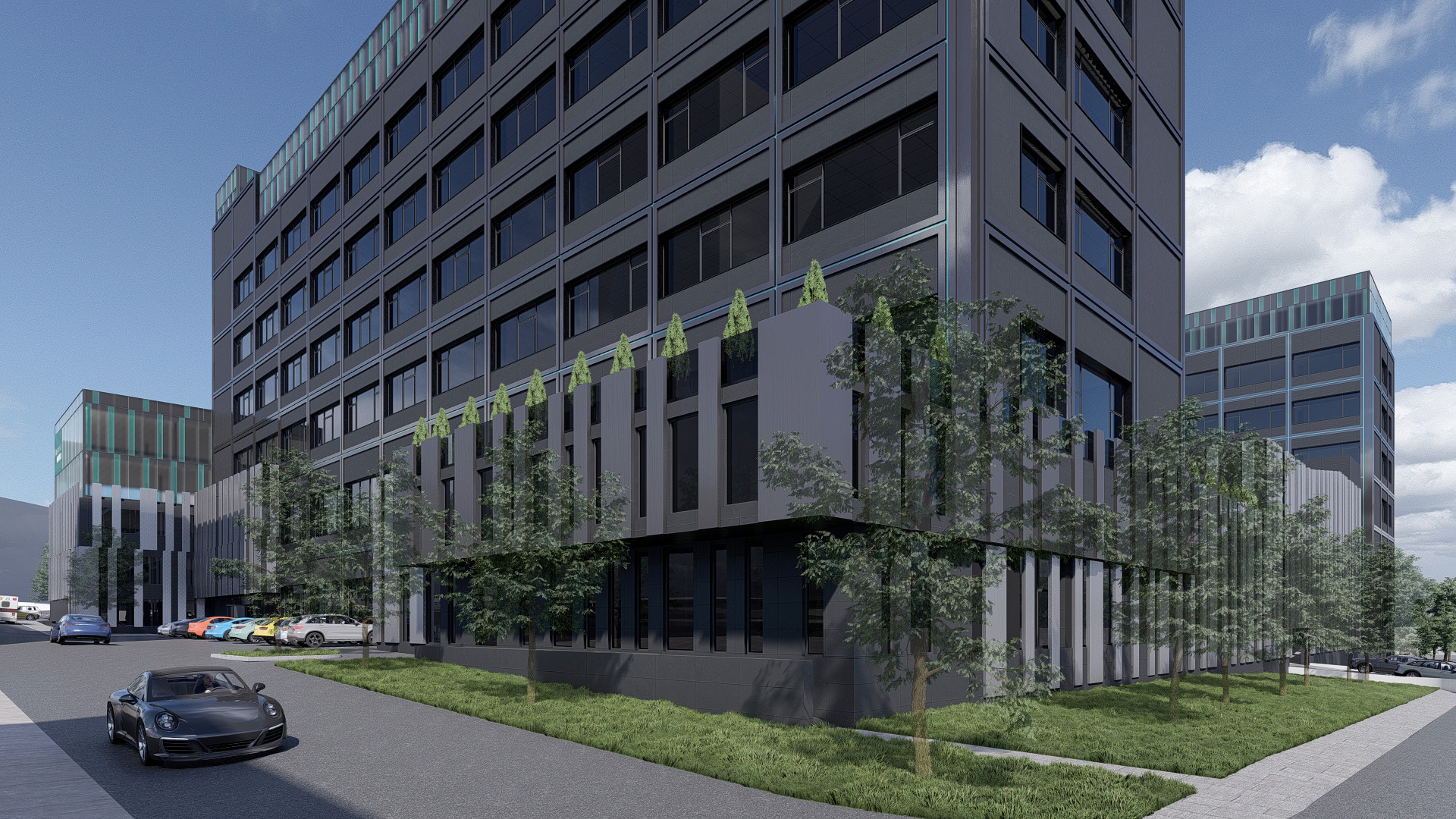 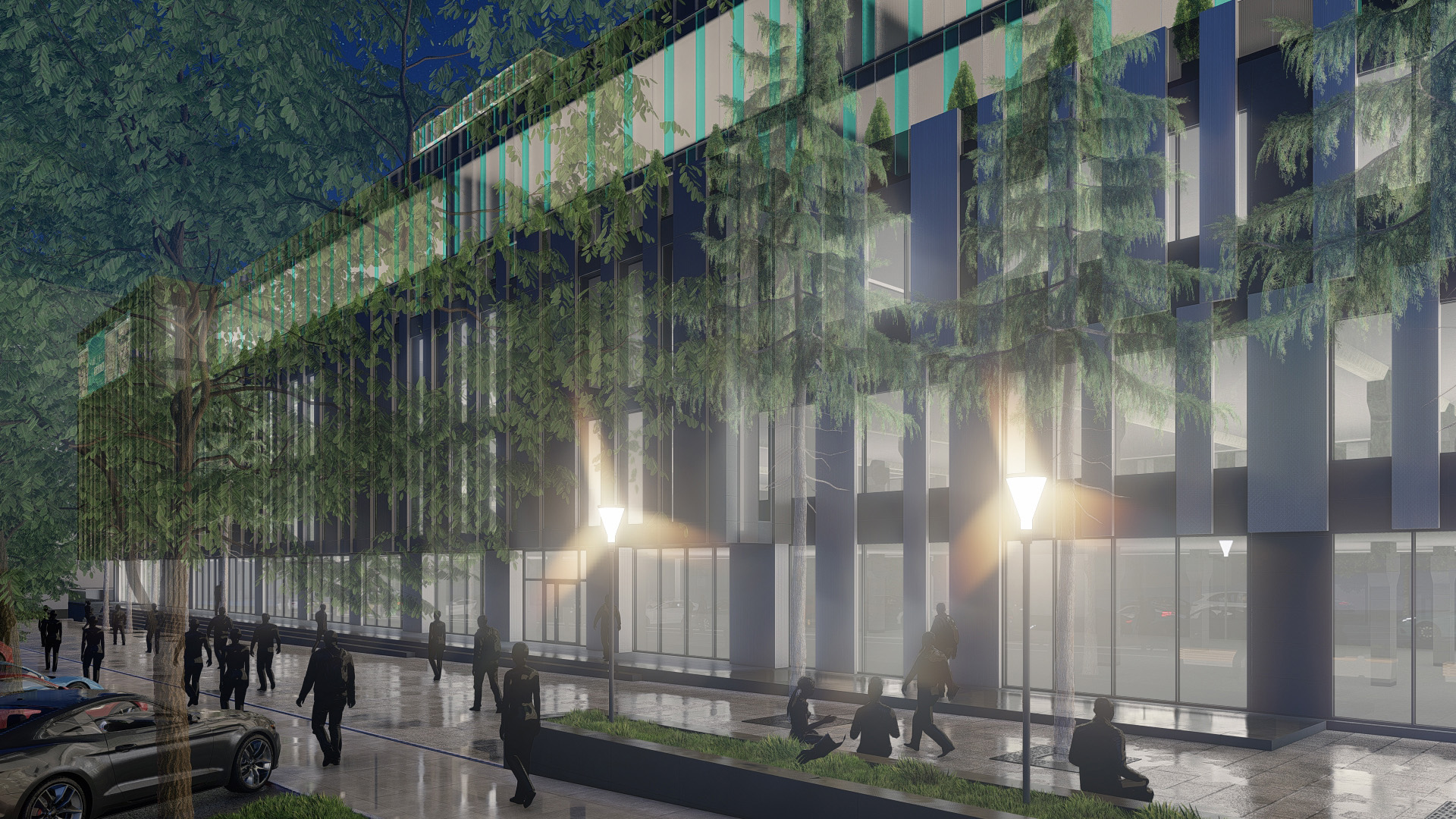 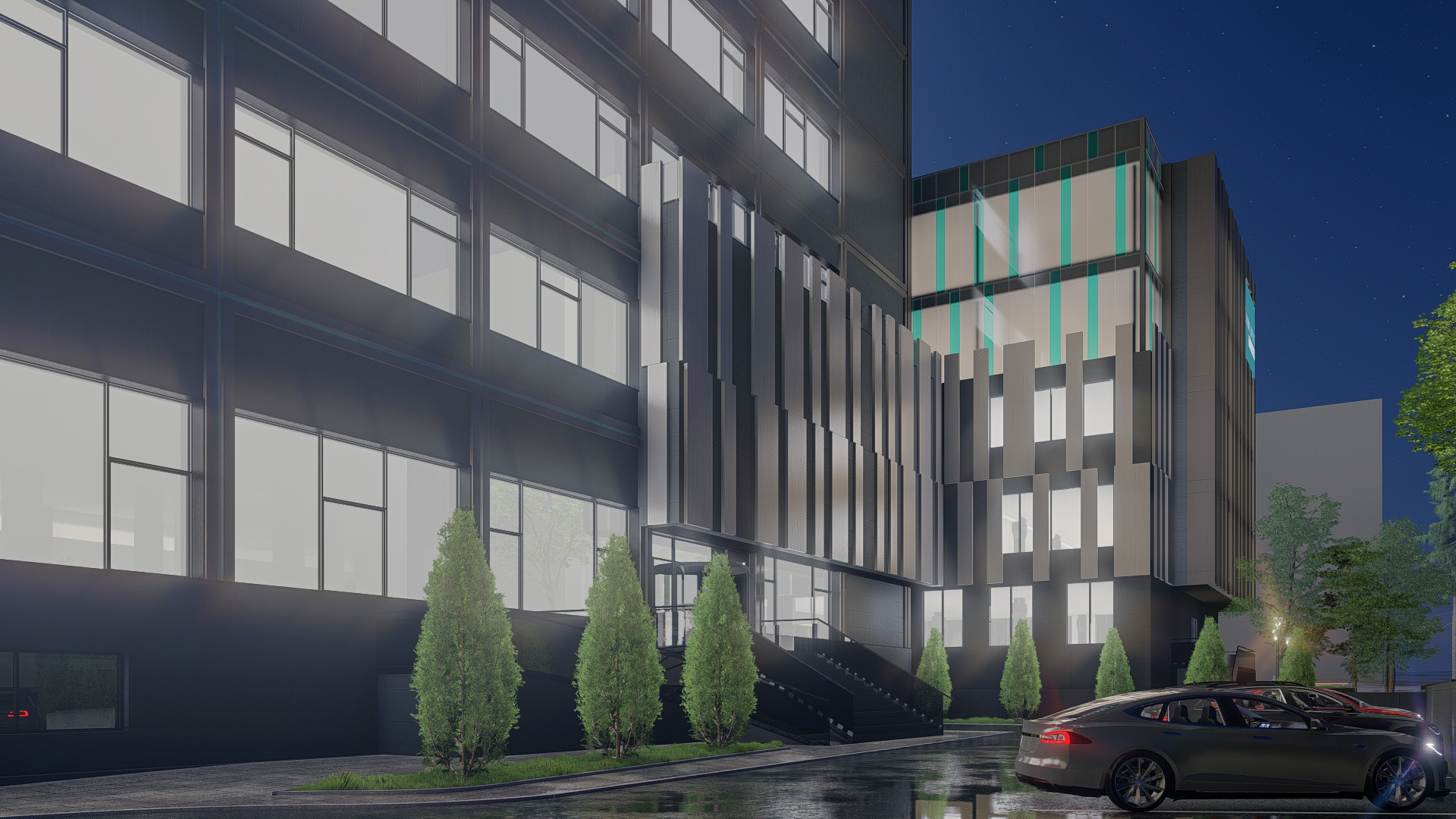 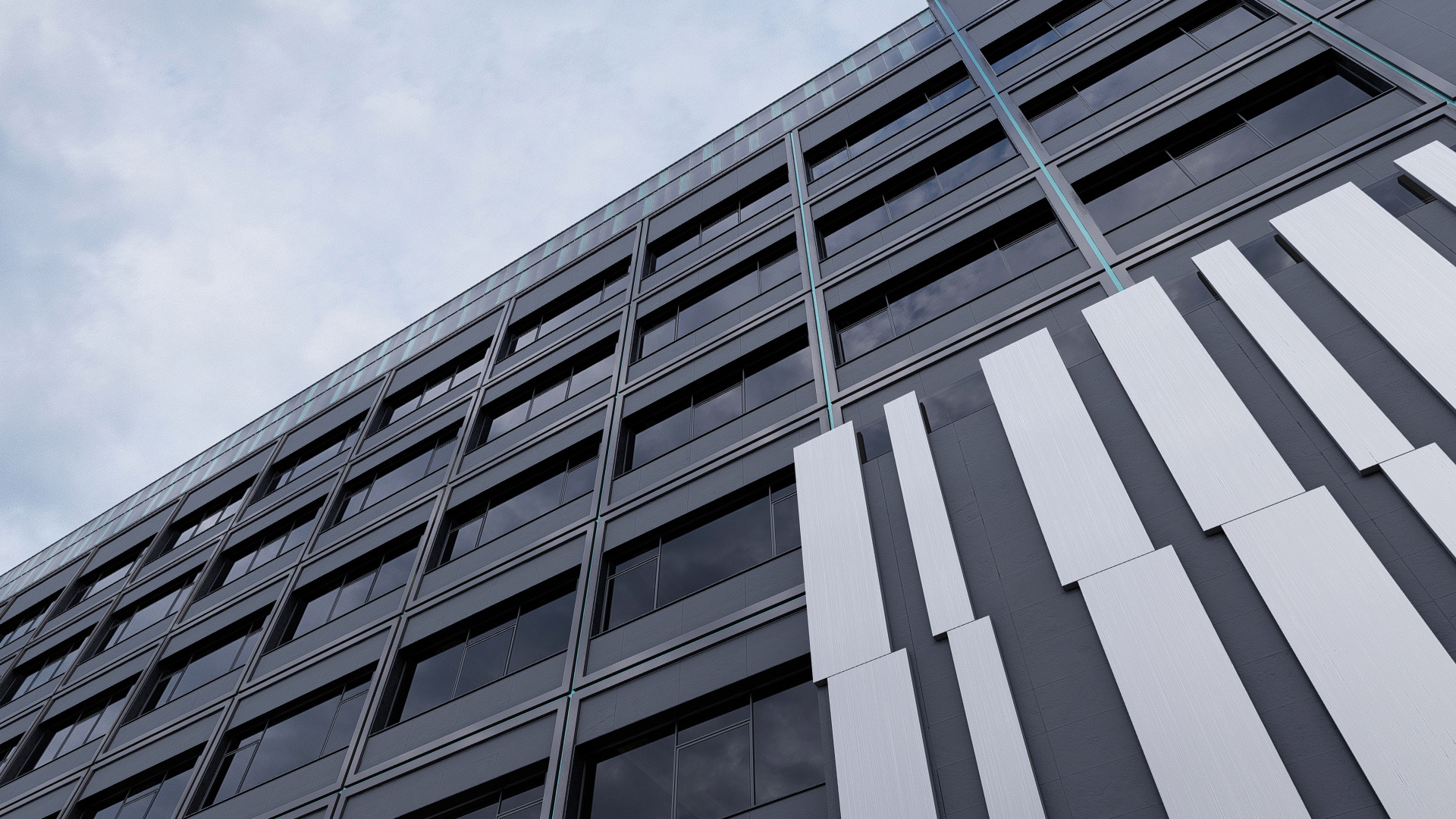 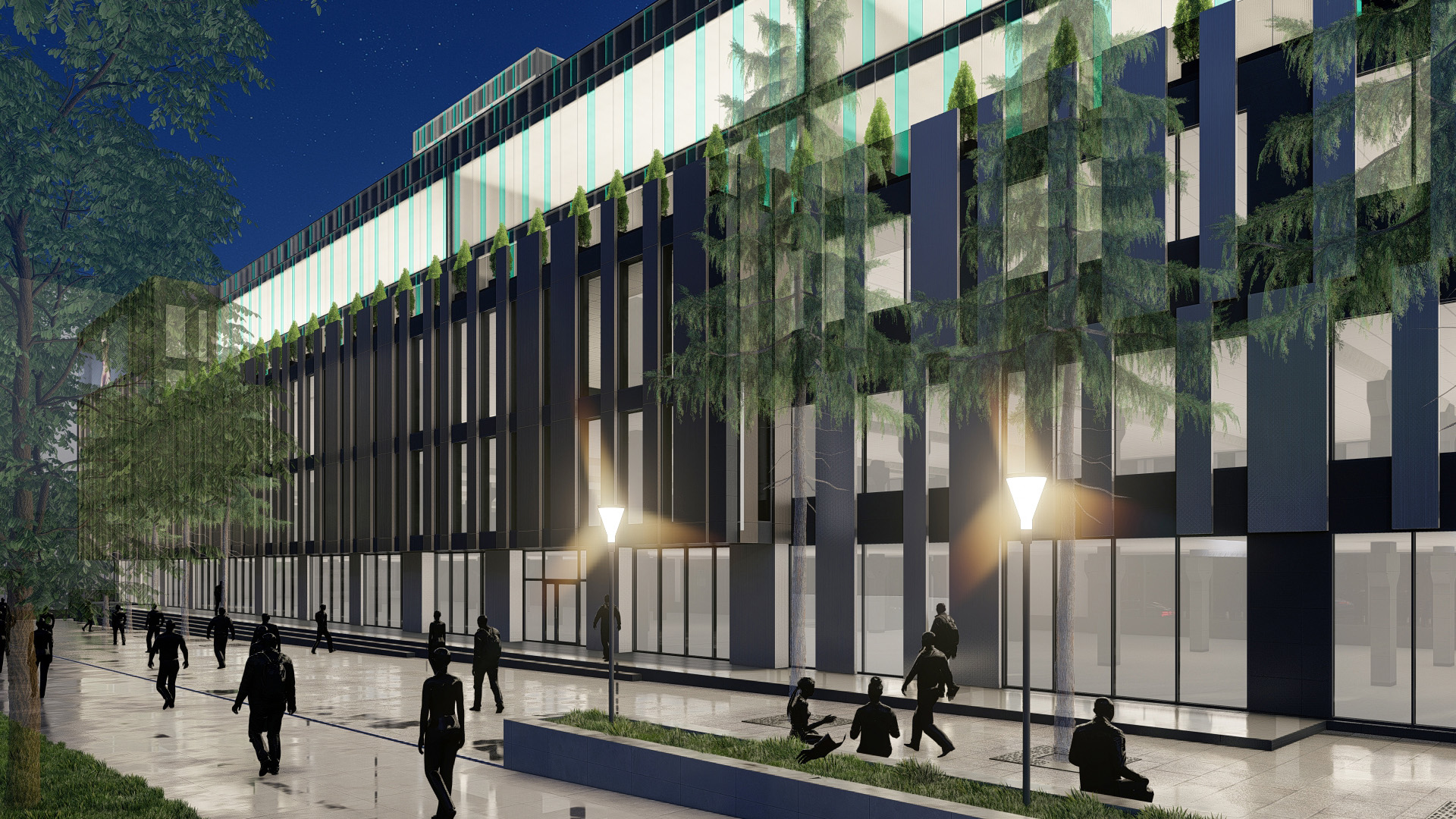 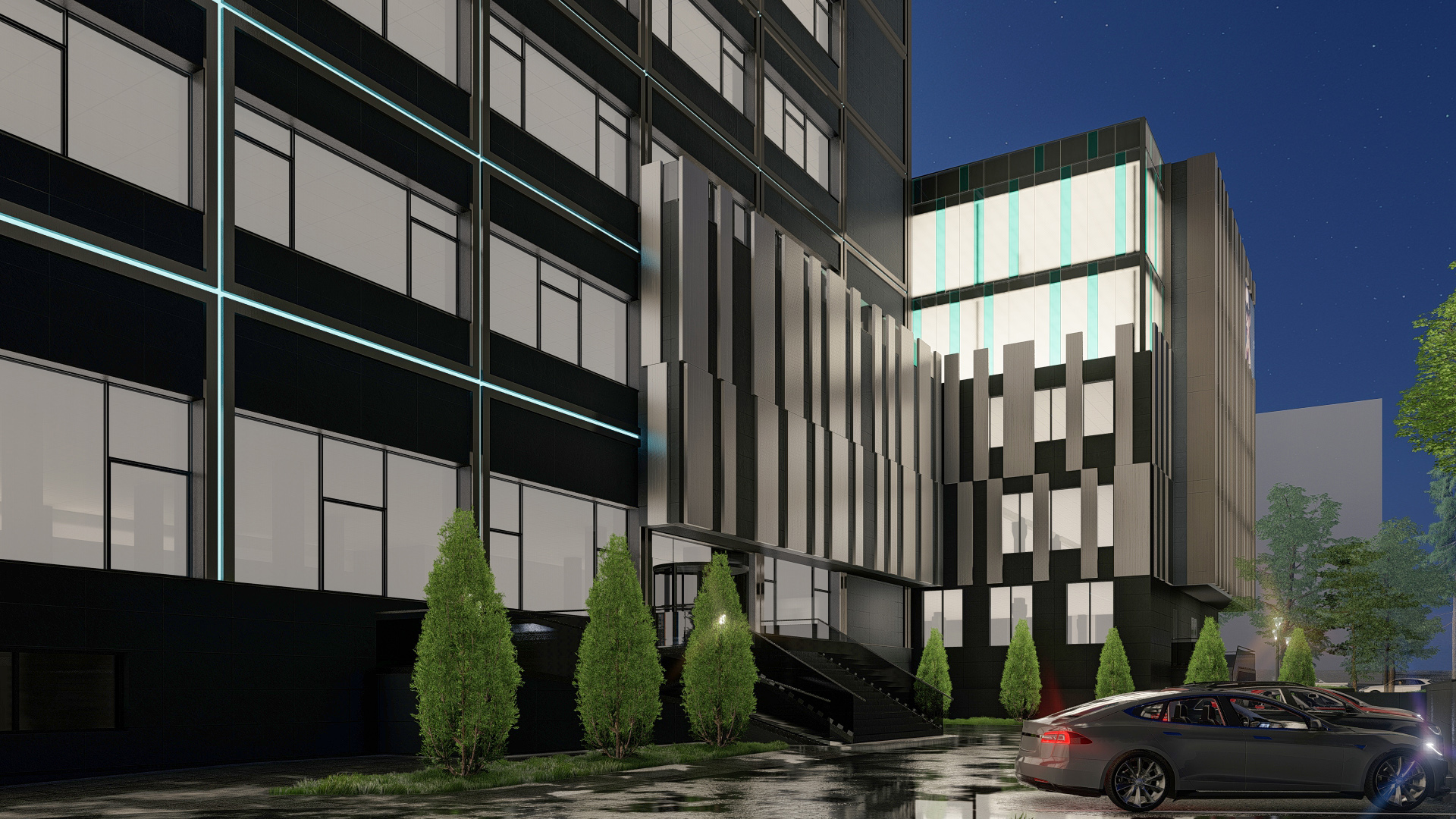 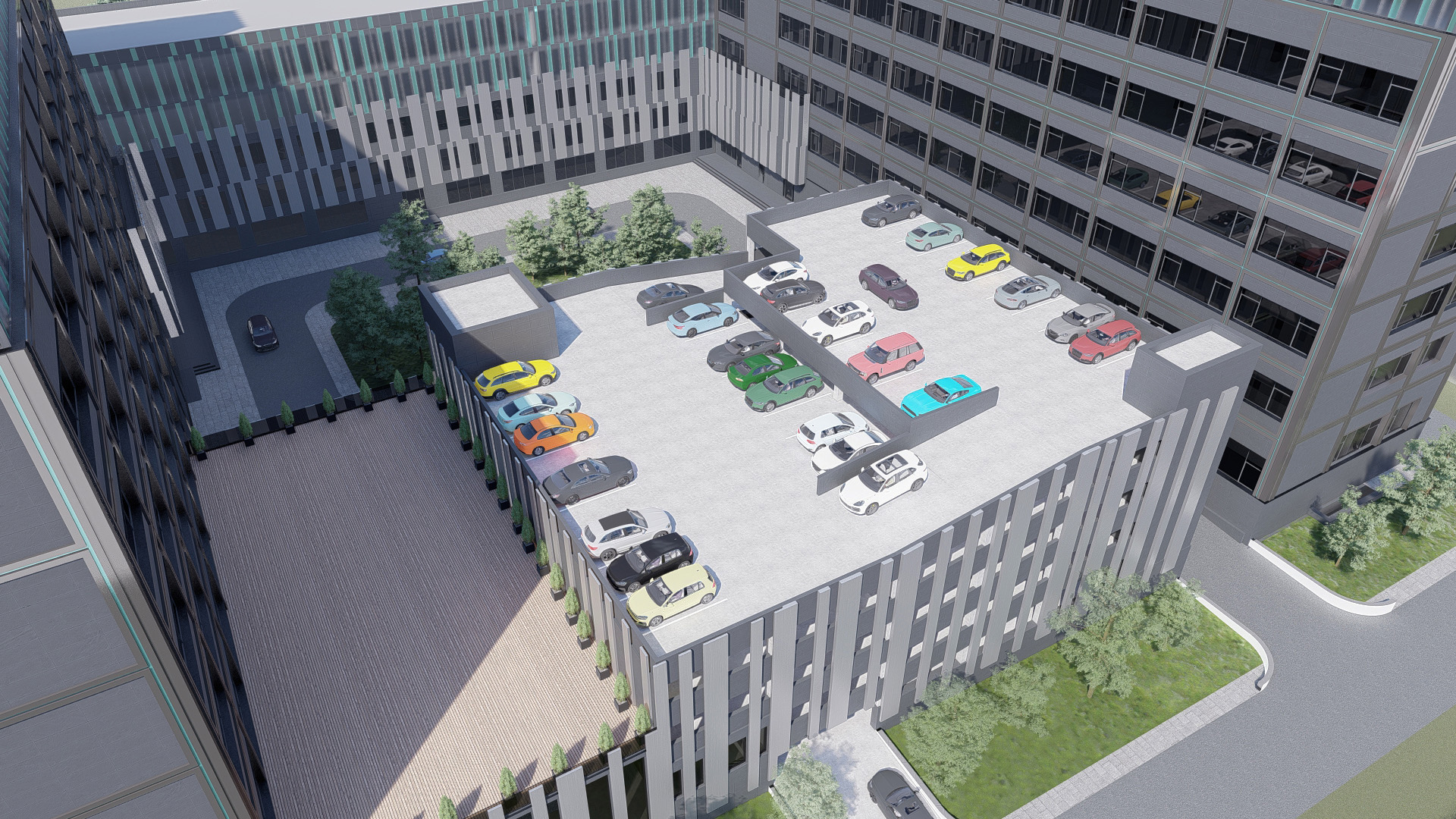