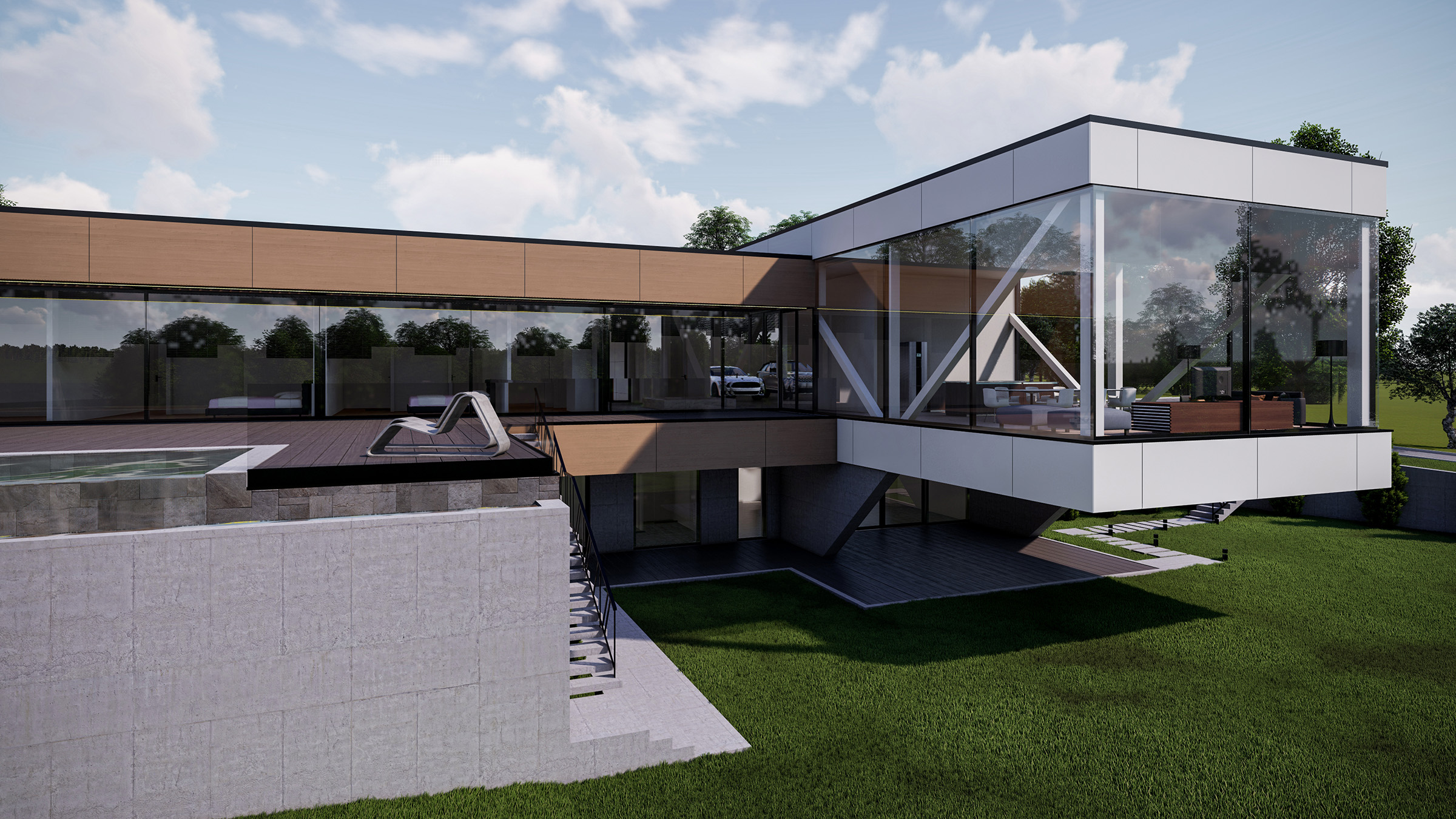 The design of this individual house faithfully follows the line of the landform on which it was designed. The existing slope has created prerequisites for designing the house in two levels and an aspect that emanates privacy and freedom at the same time.

Simple lines offer to the architecture a contemporary look, full of accuracy. The façade facing the common area plays the role of a “fortress wall” and does not reveal too many details of the construction. With clear lines, without windows that would break the privacy of the owners, its configuration does not stand out at all. Things change when we approach the house from the opposite perspective. On the side of the courtyard the façade emanates transparency and the structure itself becomes a play of complex geometric forms. If in the case of the façade that opens onto the street we notice the absence of windows, then here the panoramic window occupies the entire side, and in the case of the console it covers three out of four sides. The basement, which is also functional, has the same structure, with large windows on the façade.

The console is the element of resistance of the project. The structure having 4 meters height stands without being supported by vertical pillars and creates the impression that the entire house is levitating in the air. Being higher than the rest of the construction, it accentuates the feeling of ephemerality and ensures the unity of the entire concept. Transparency is also supported by the infinity pool that continues to the end of the terrace. 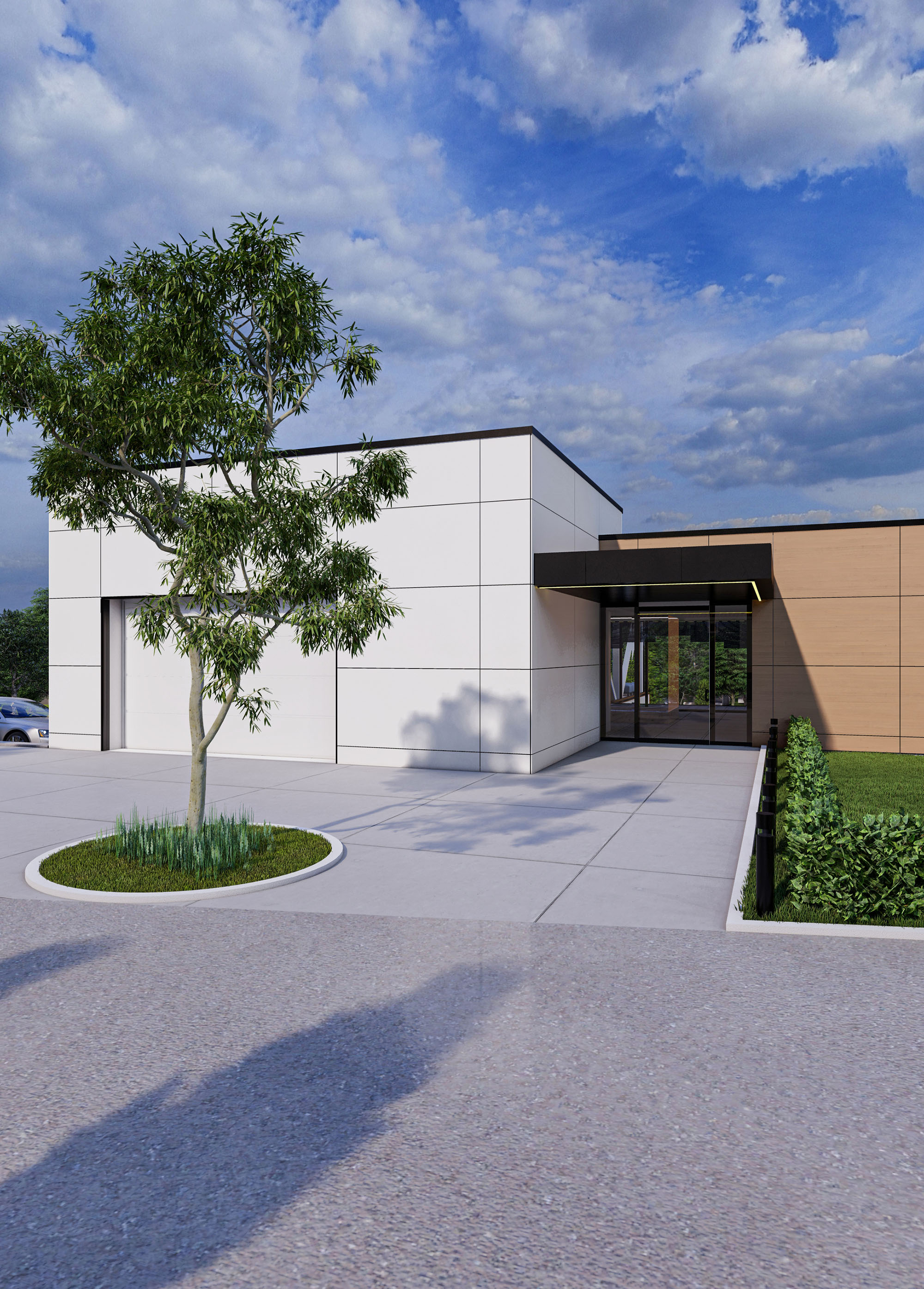 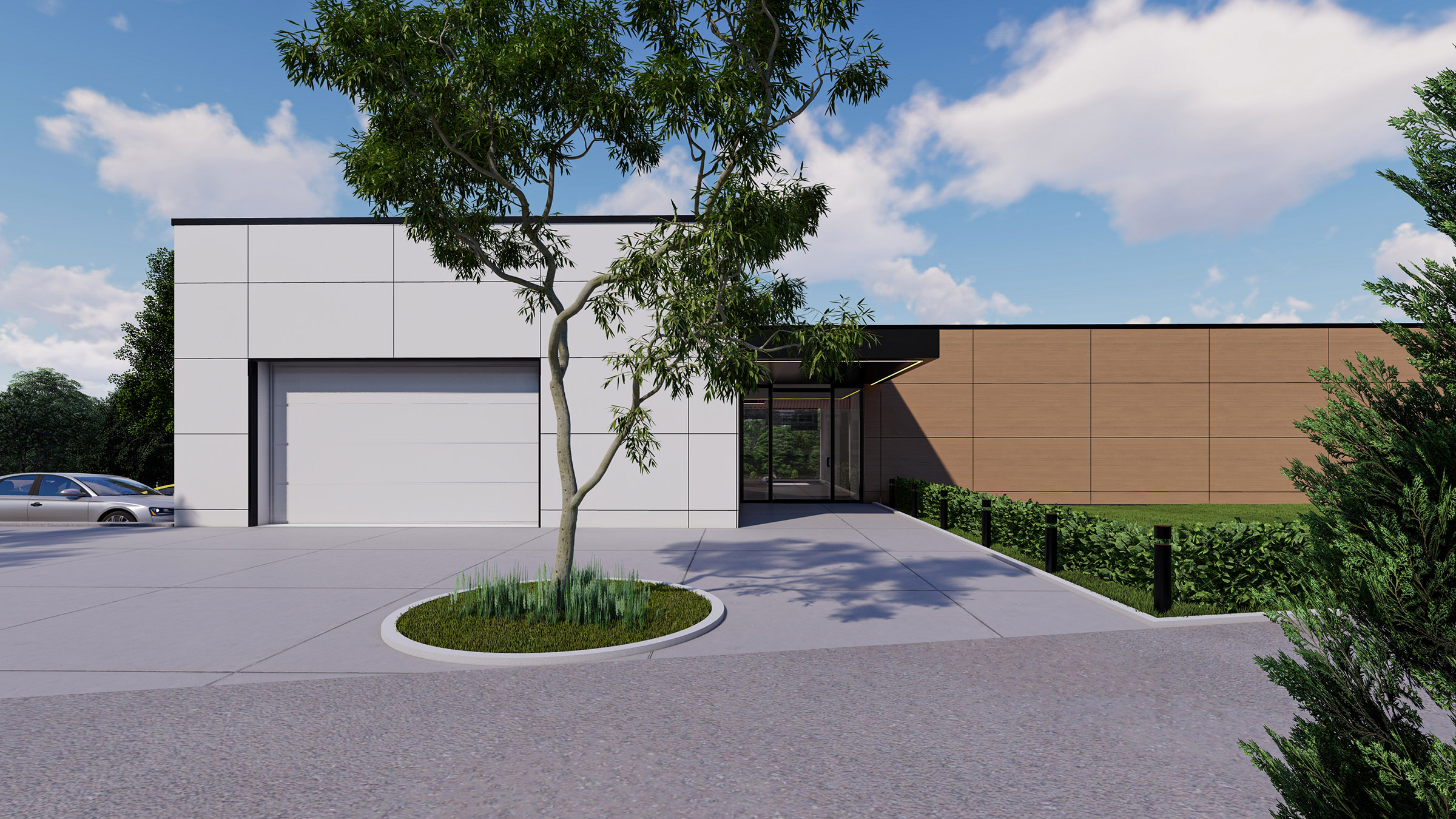 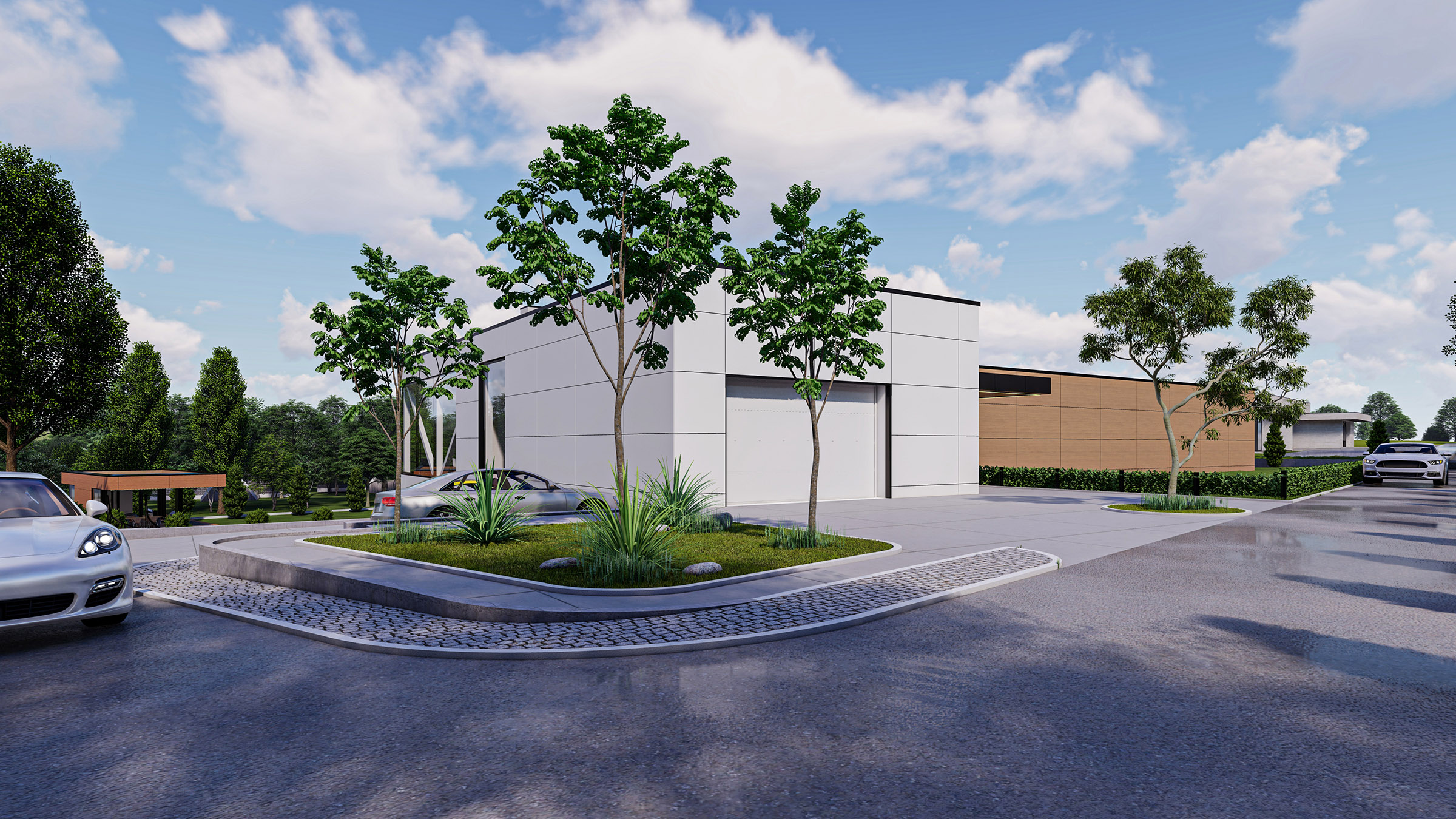 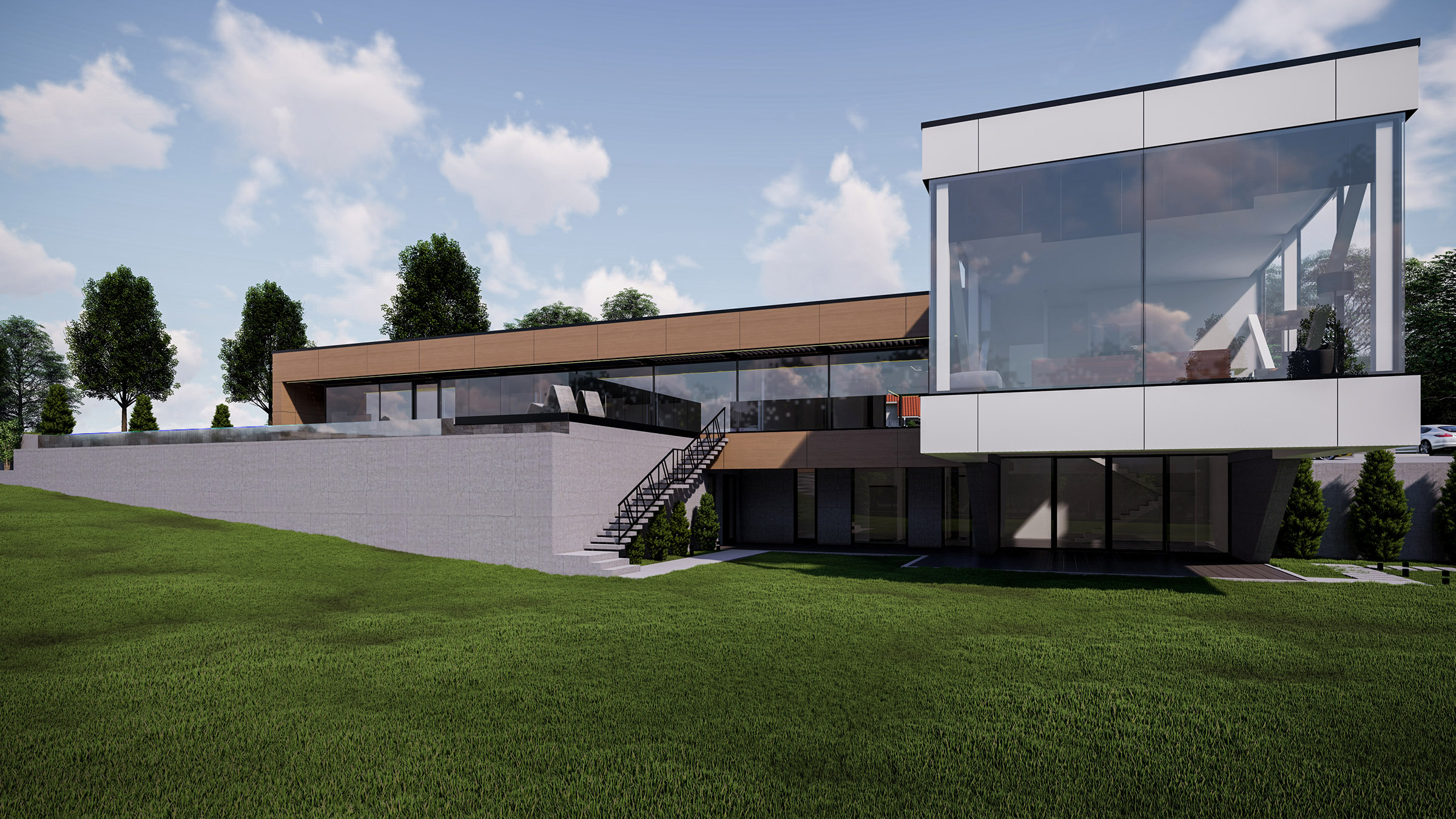 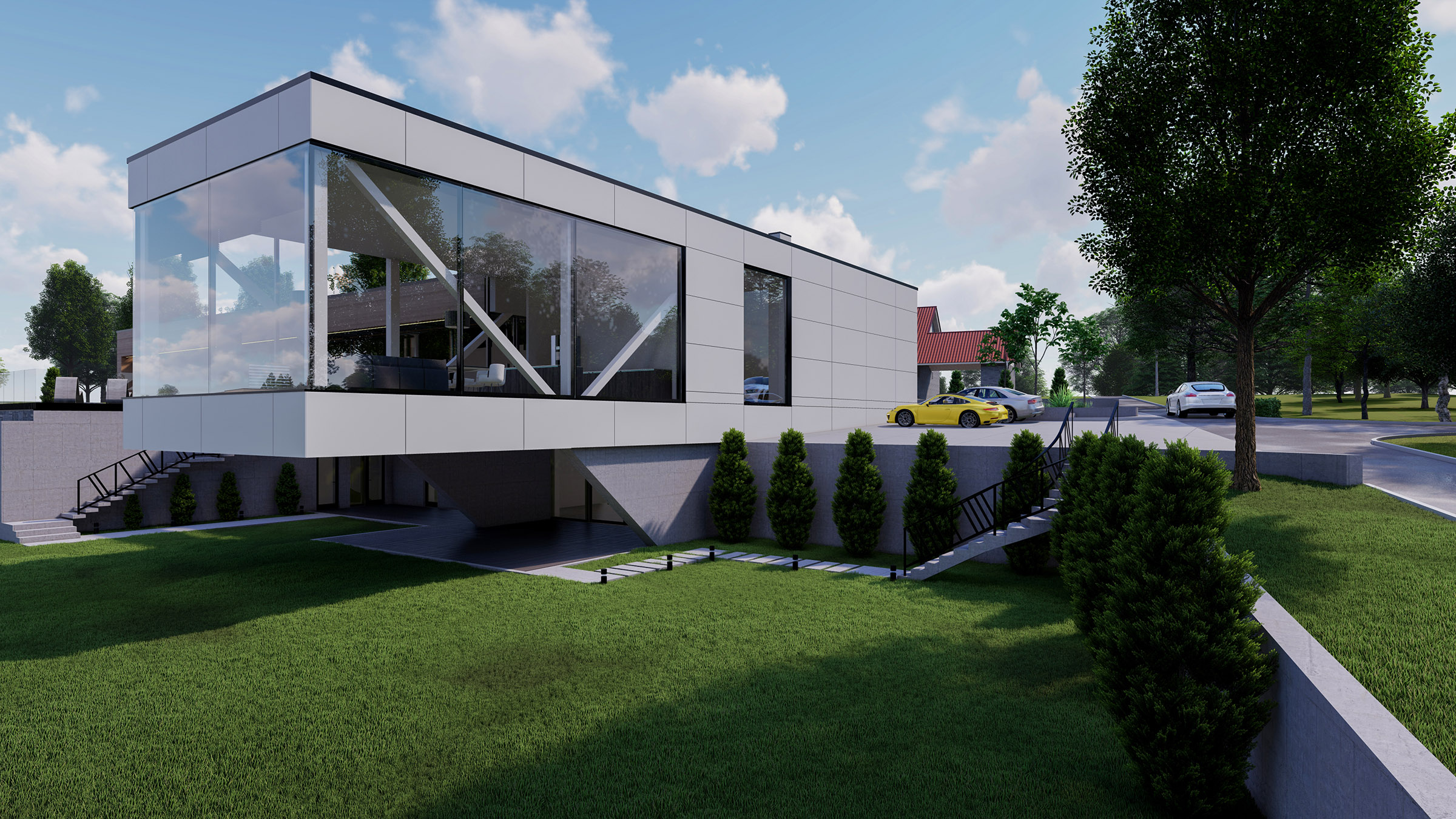 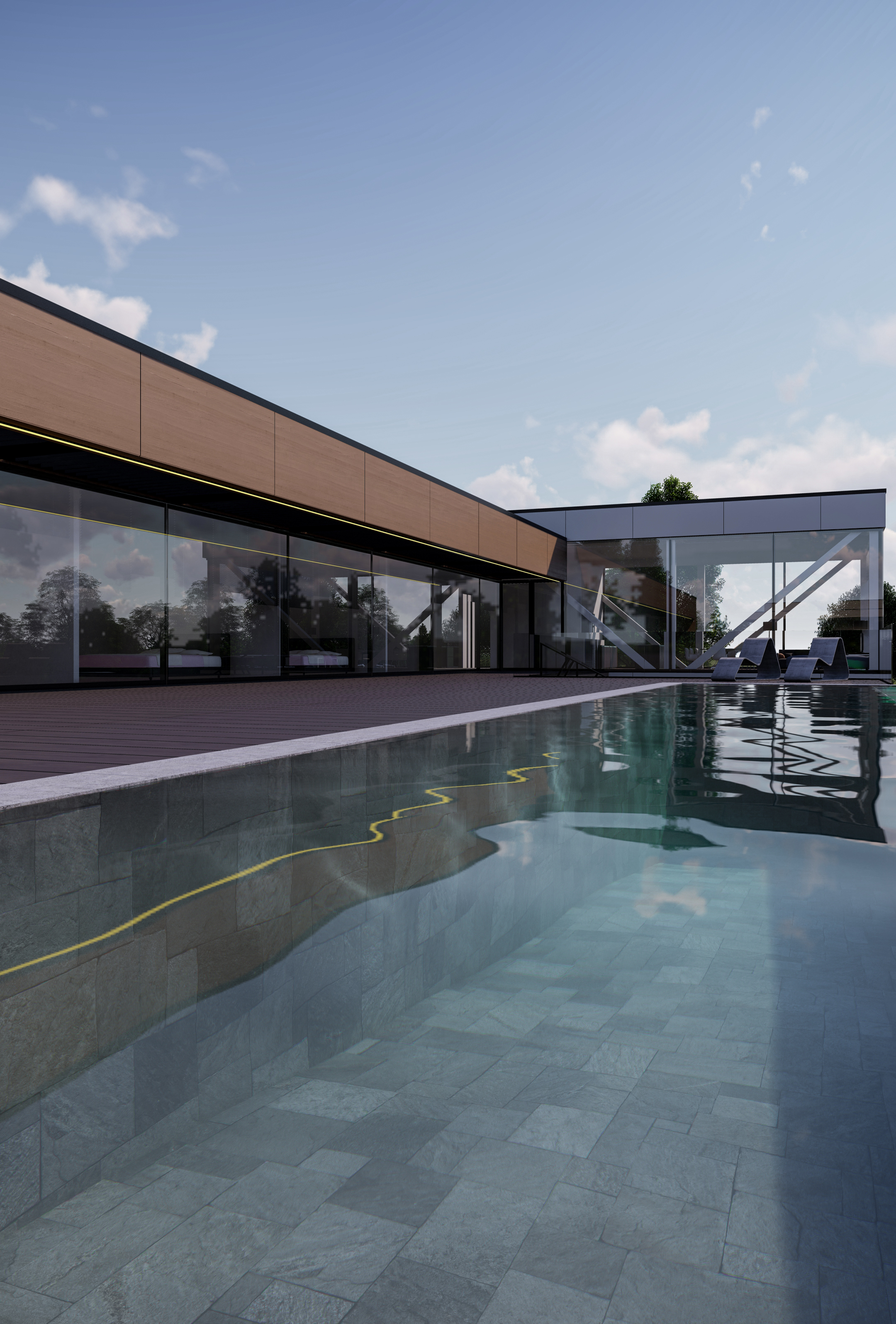 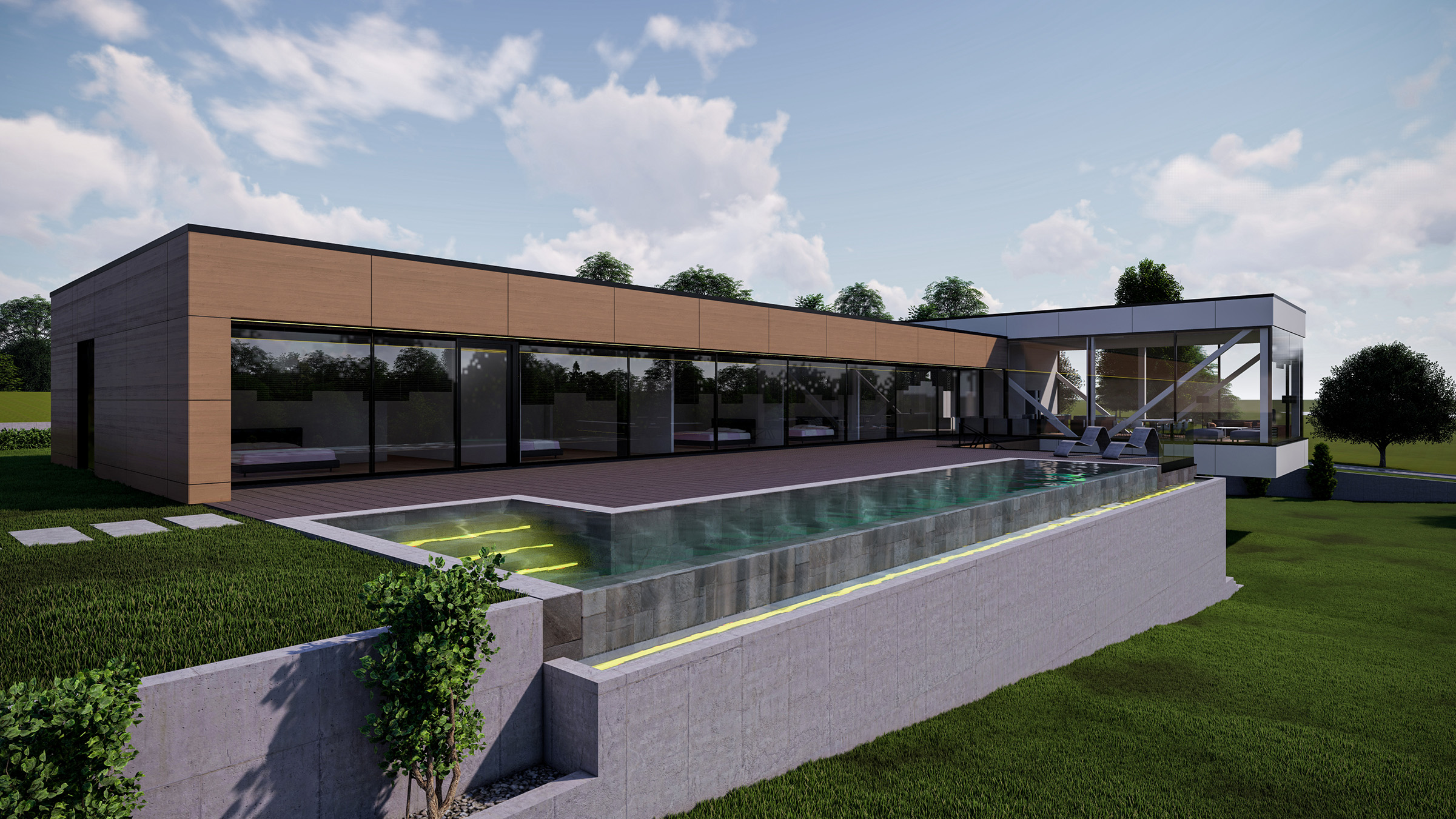 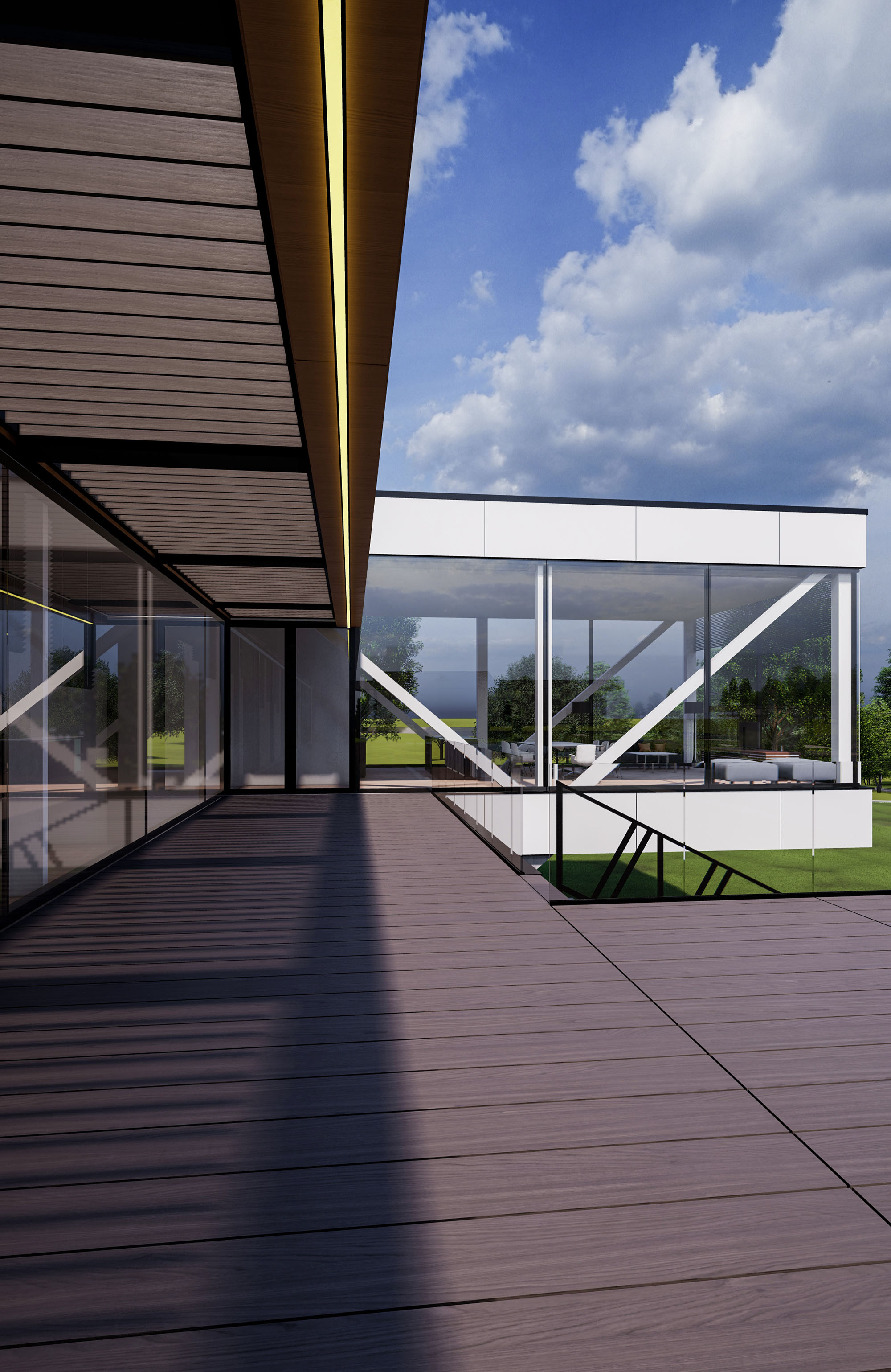