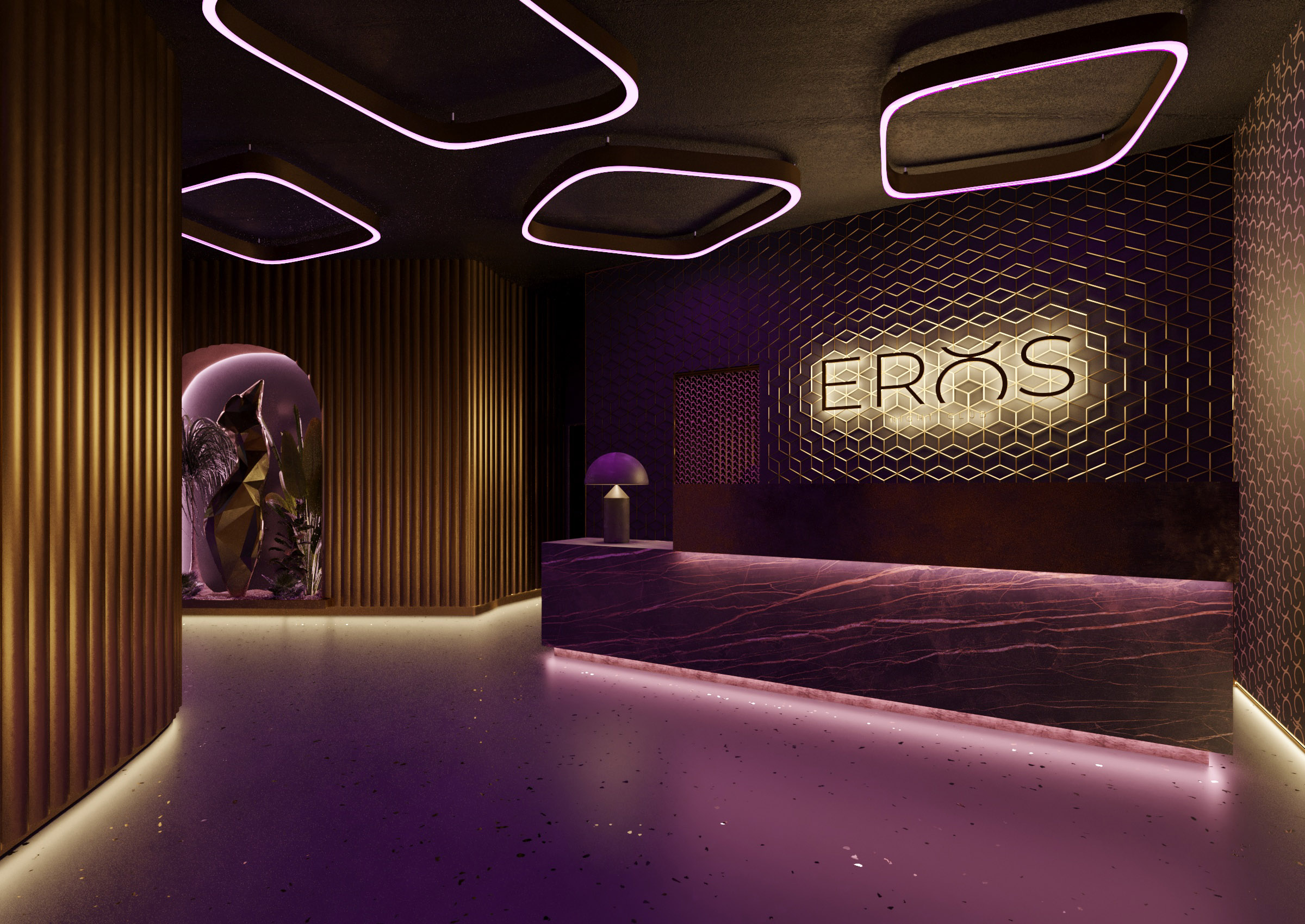 An eccentric and expressive interior. For the arrangement of Karaoke area and “Eros” Night Club premises, which are united by a common stylistic thread, we have chosen a unitary concept. Functional solutions are correlated with aesthetic ones, so as to convey the feeling of a space full of energy.

To create this atmosphere, we opted for vibrant colours. The lighting plays a crucial role in this case and chromatically complemented the finishes and furniture of dark hues. Thanks to the surfaces of different heights, it was possible to integrate perimeter lighting, as well as zonal lighting. The predominantly nocturnal activity of the premises conditioned the absence of general lighting, but also offered the possibility of emphasizing the décor by means of LEDs of different colours.

While choosing the shapes we focused on balance. On the one hand, we avoided strictness and minimalism, on the other – complicated forms. The rounded lines give the interior sensuality, and their simplicity allowed us to integrate plants and decorative objects, which add preciousness to the premises.

Both in the case of the club area and the karaoke area, we took into account the way the premise will be used. We paid more attention to the functional partition of the premises. Relaxation areas were provided in each of the premises, guaranteeing at the same time the necessary room for moving around and dancing. 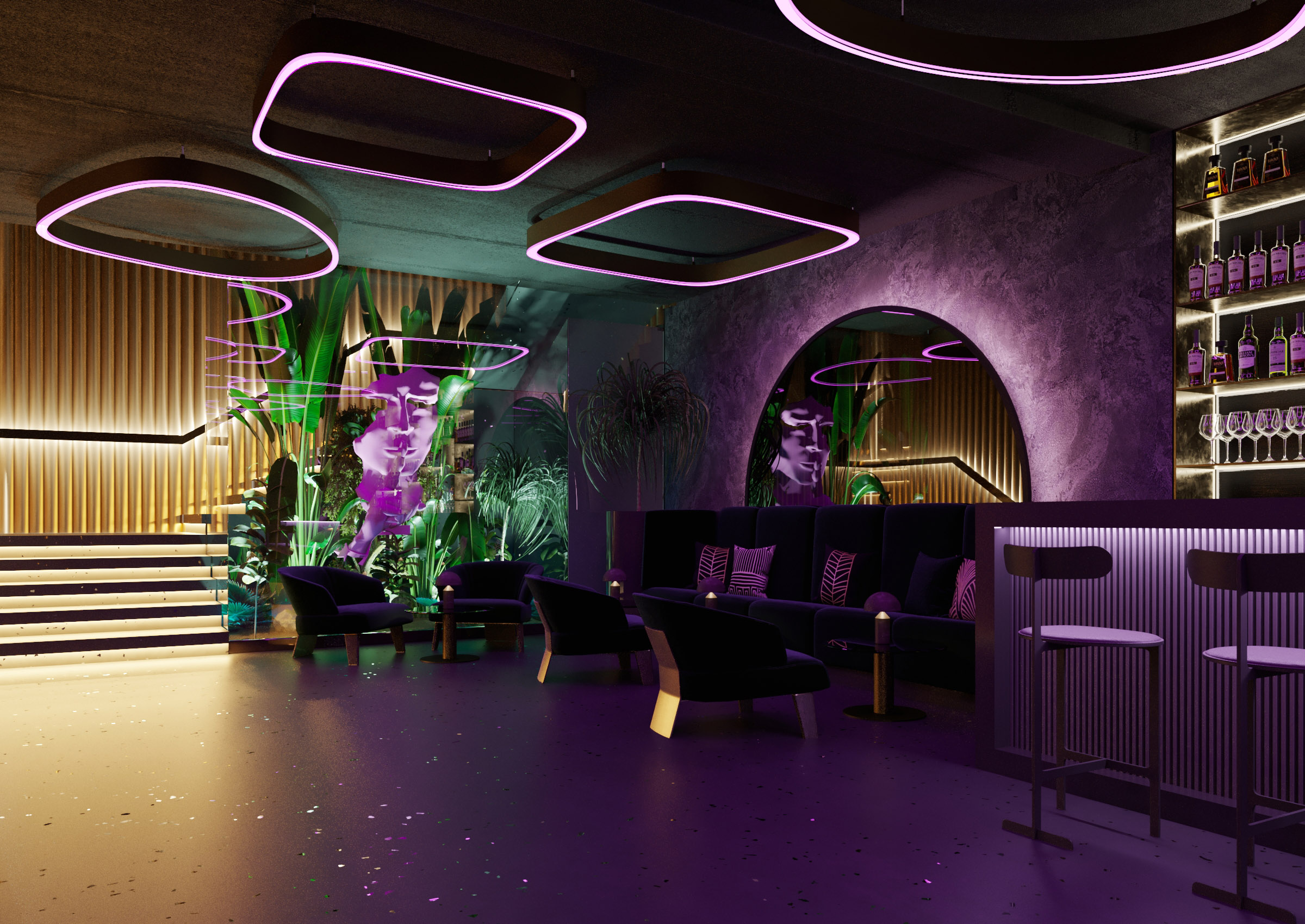 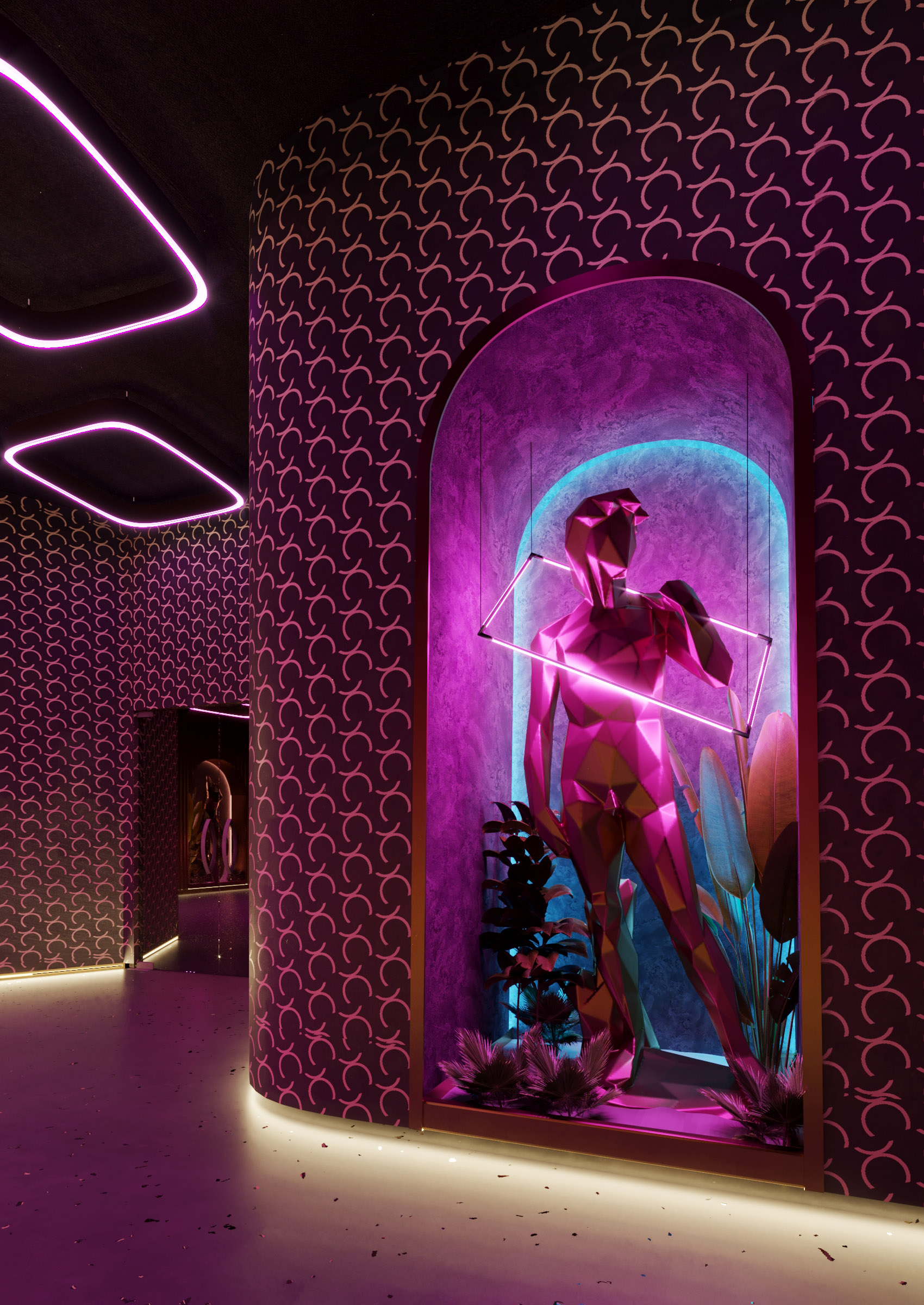 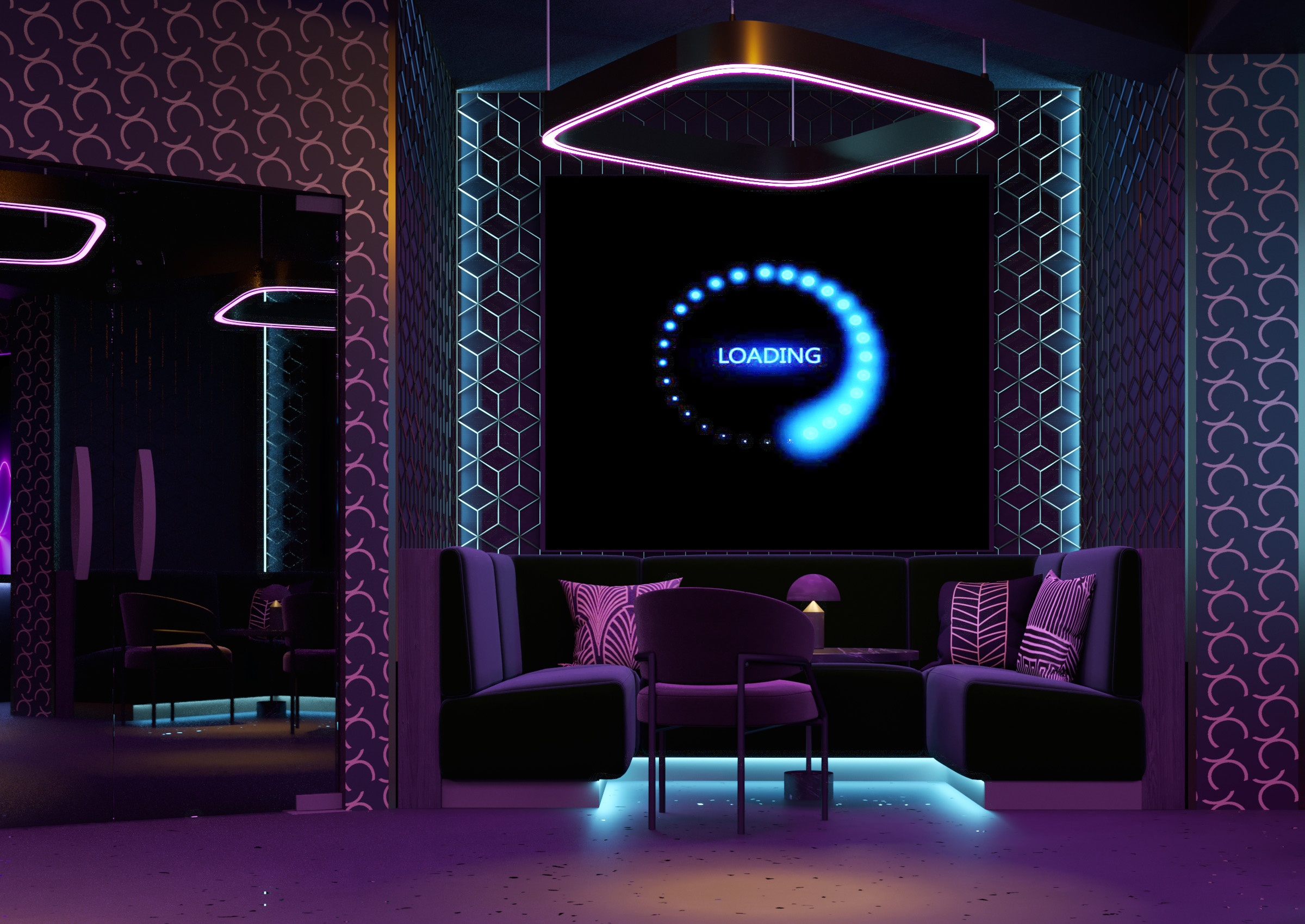 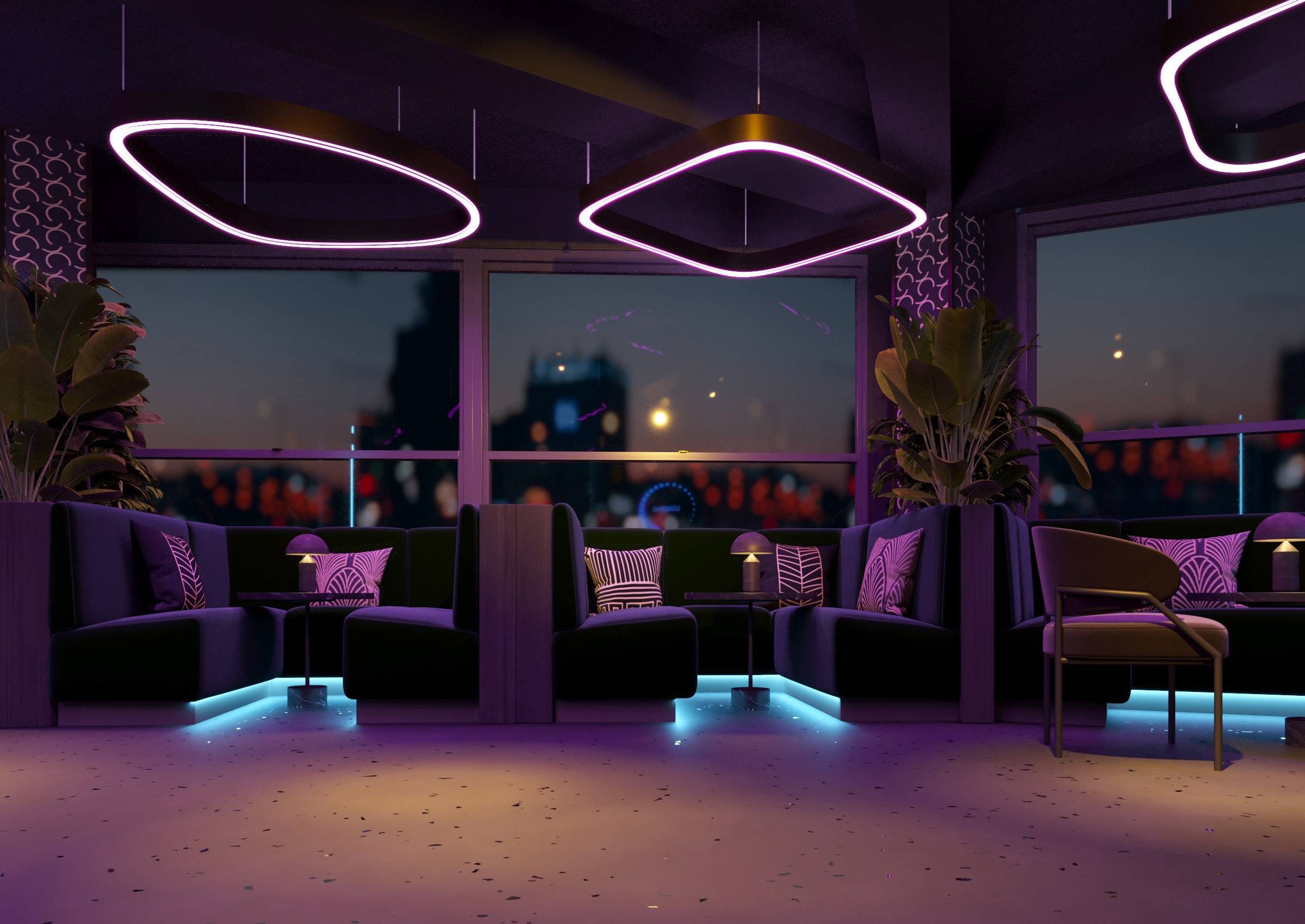 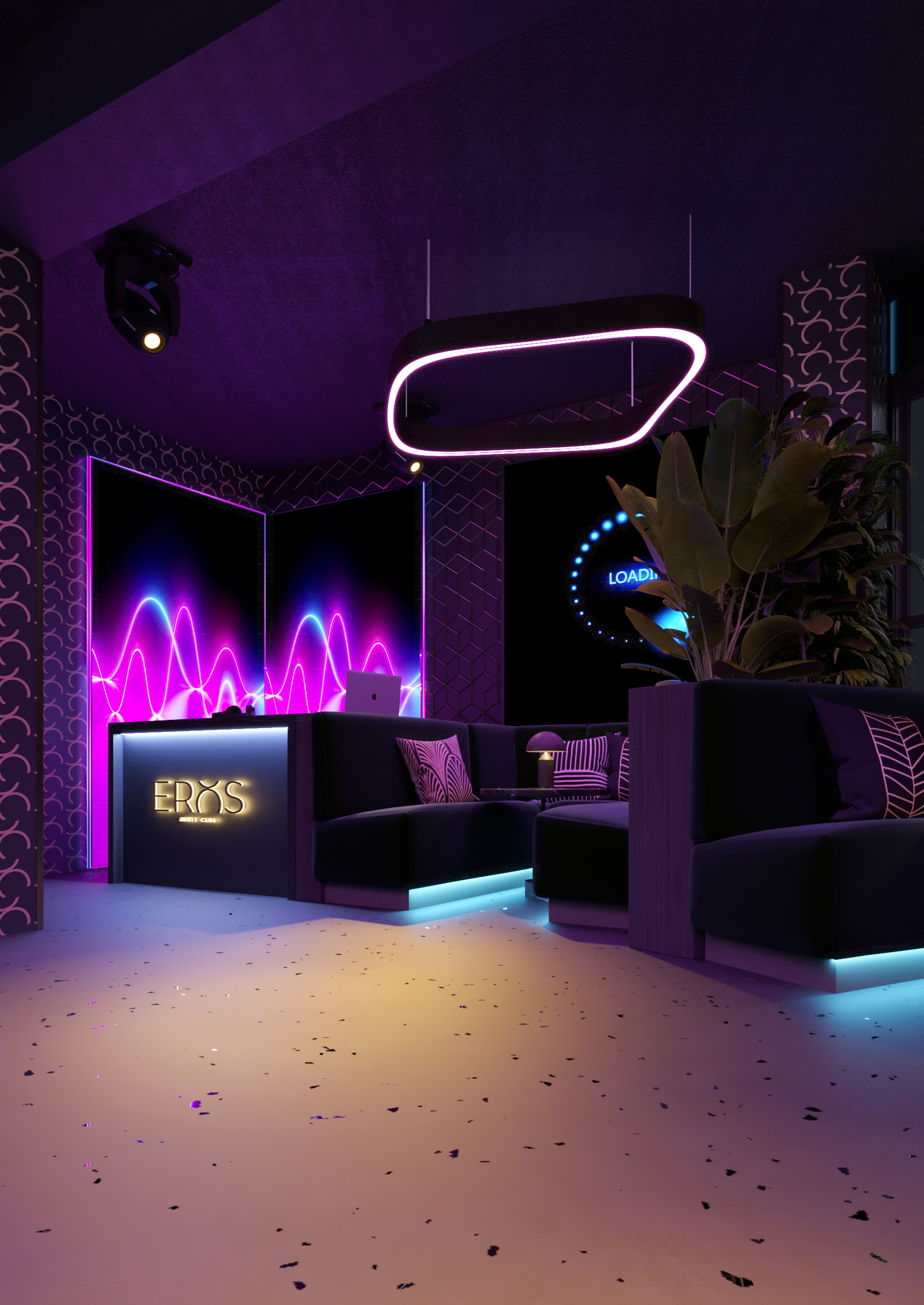 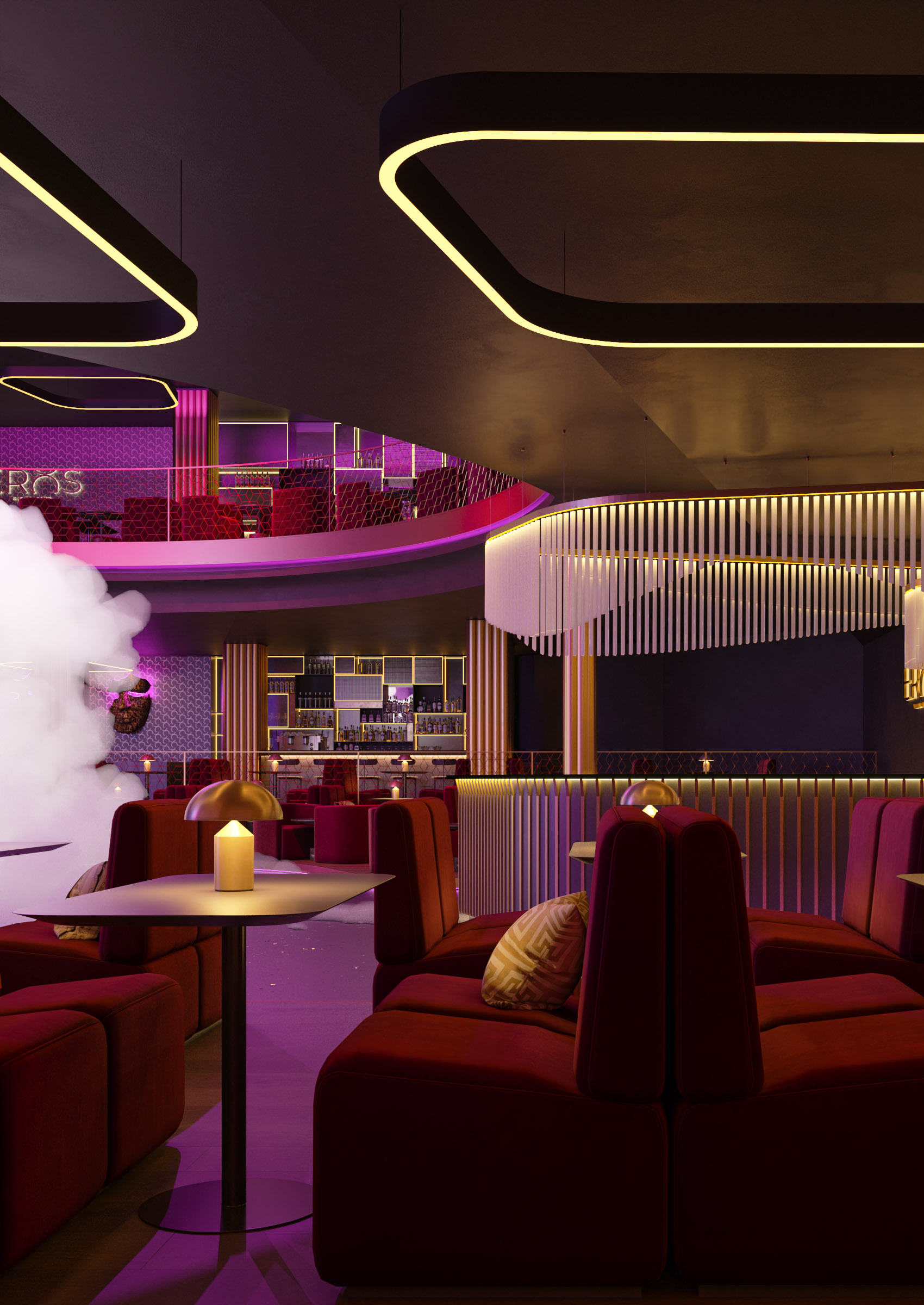 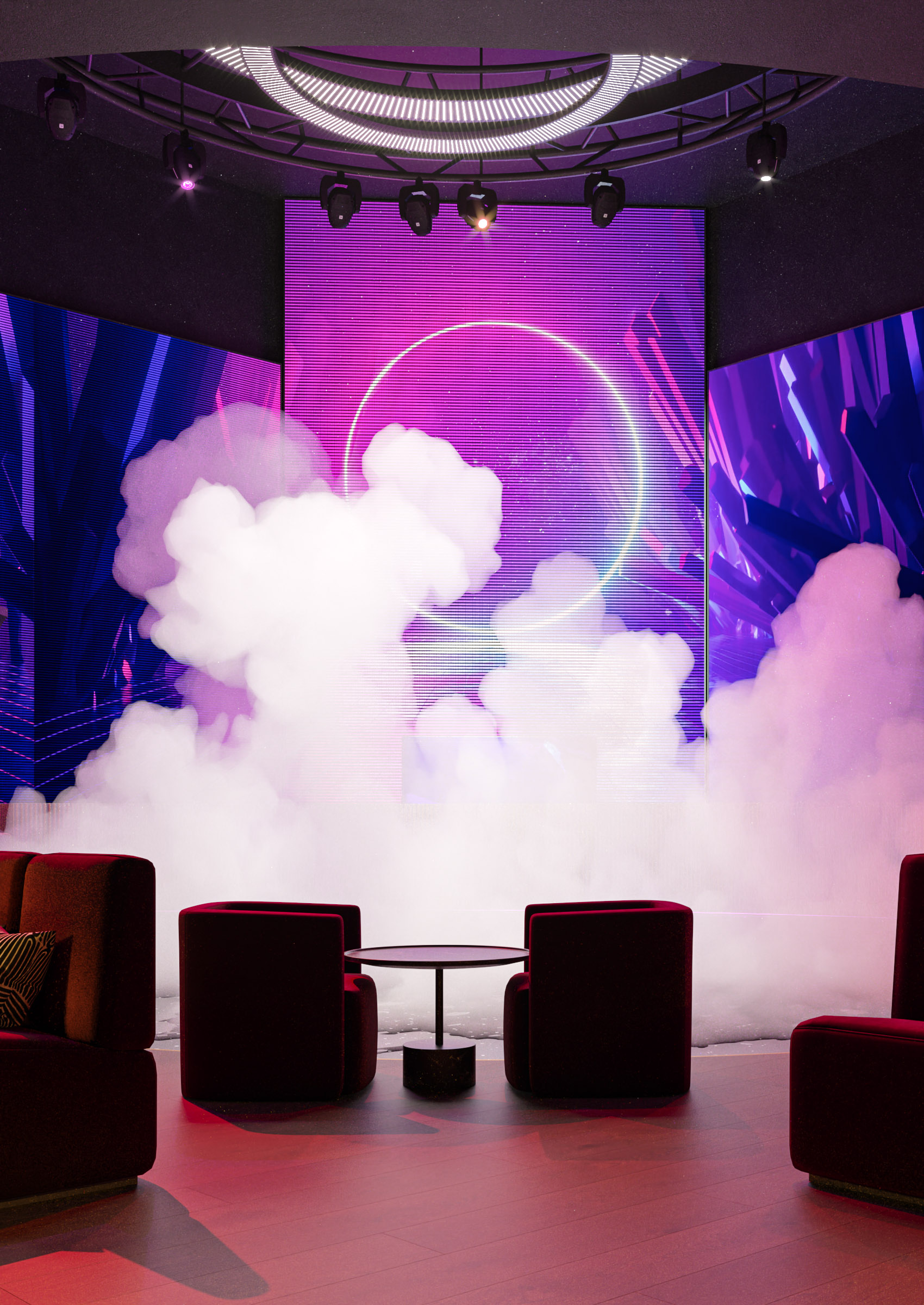 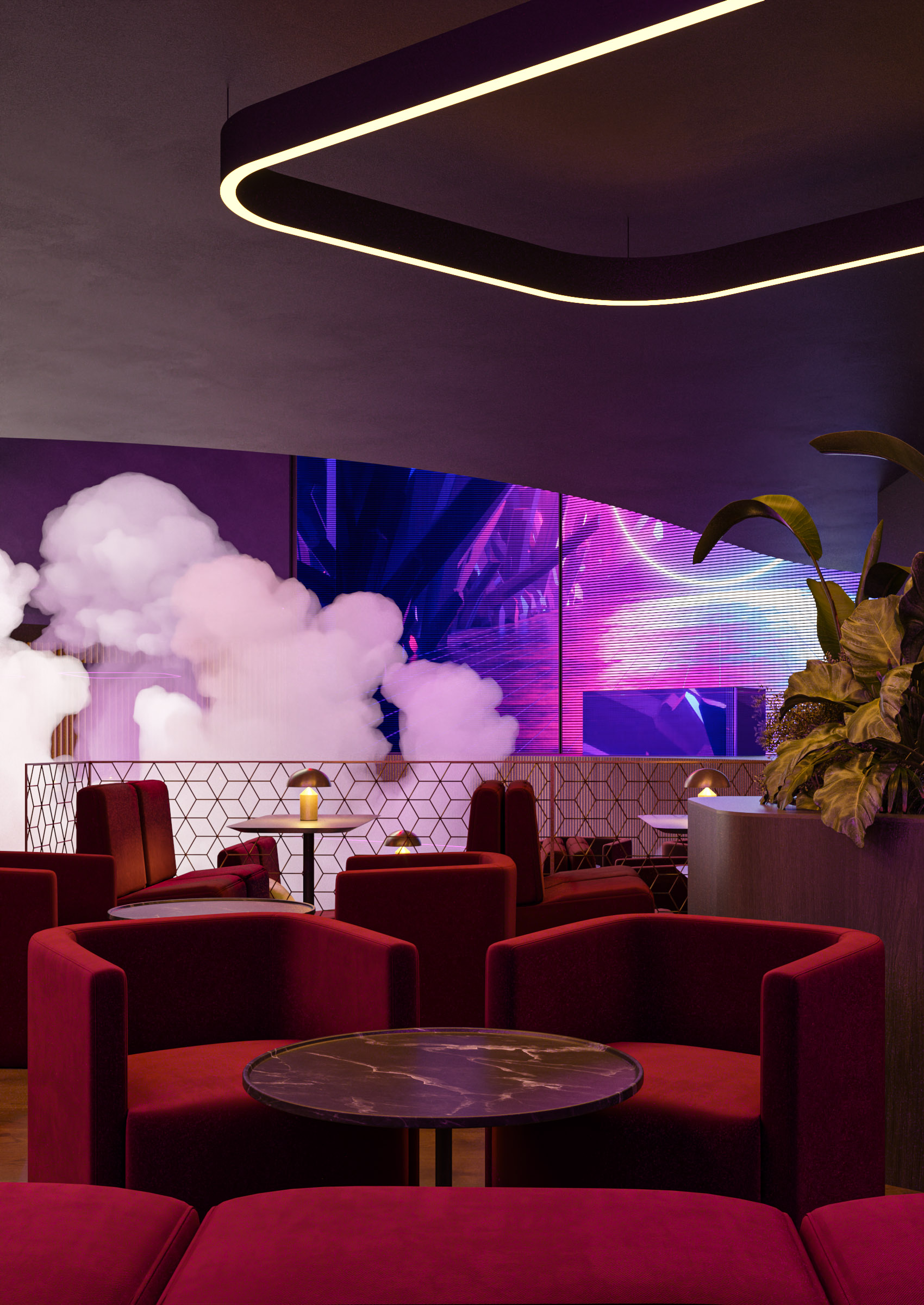 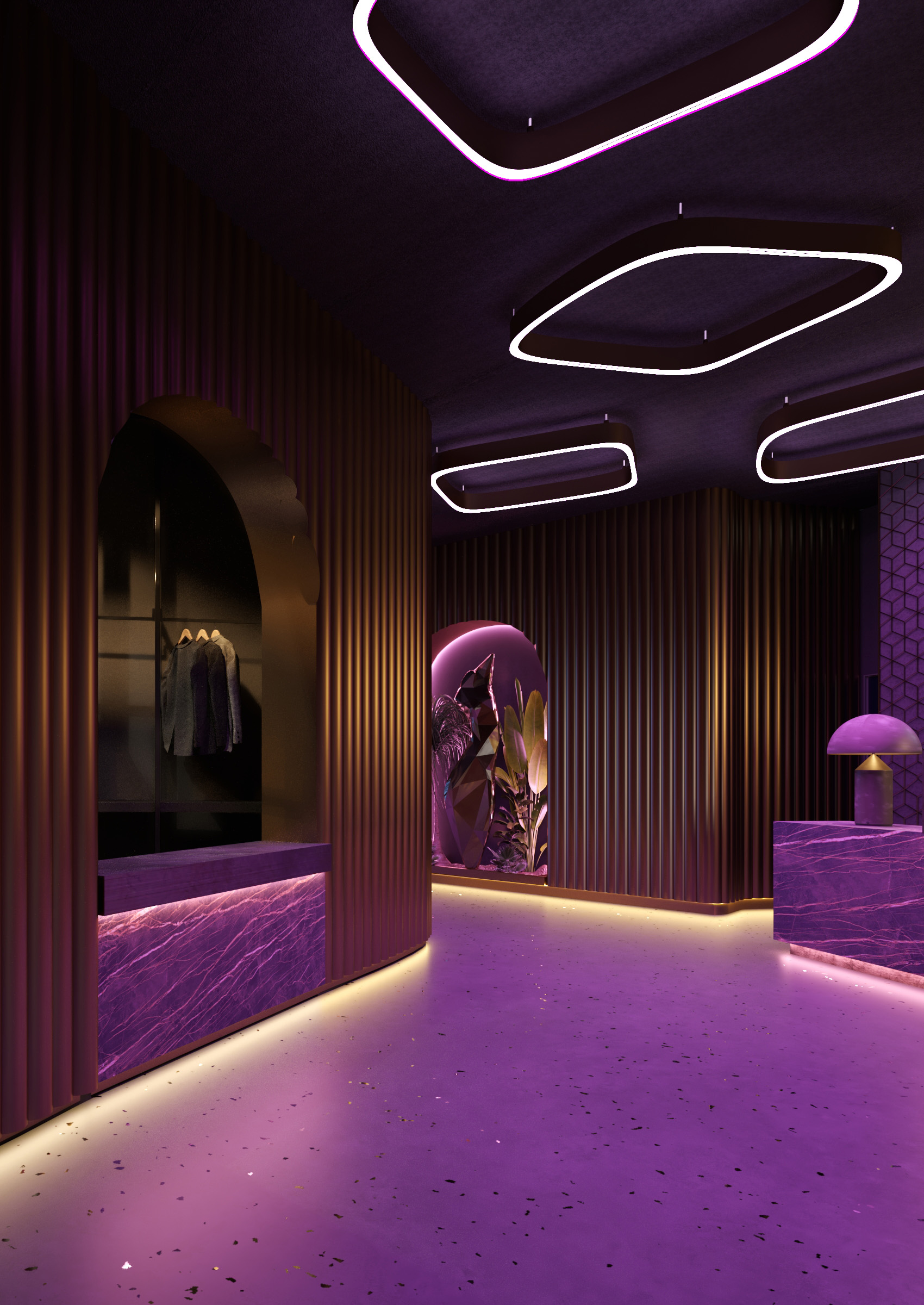 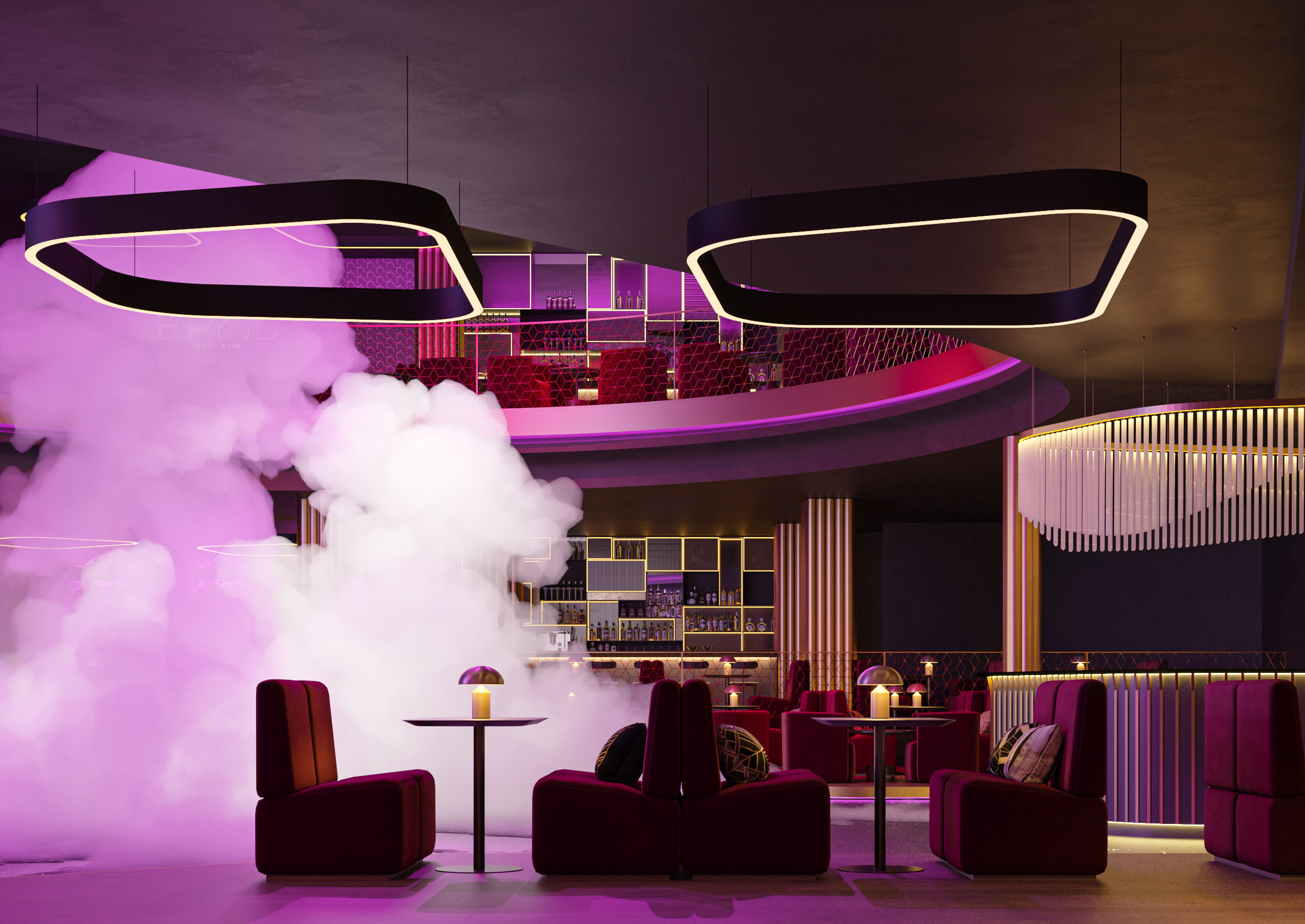 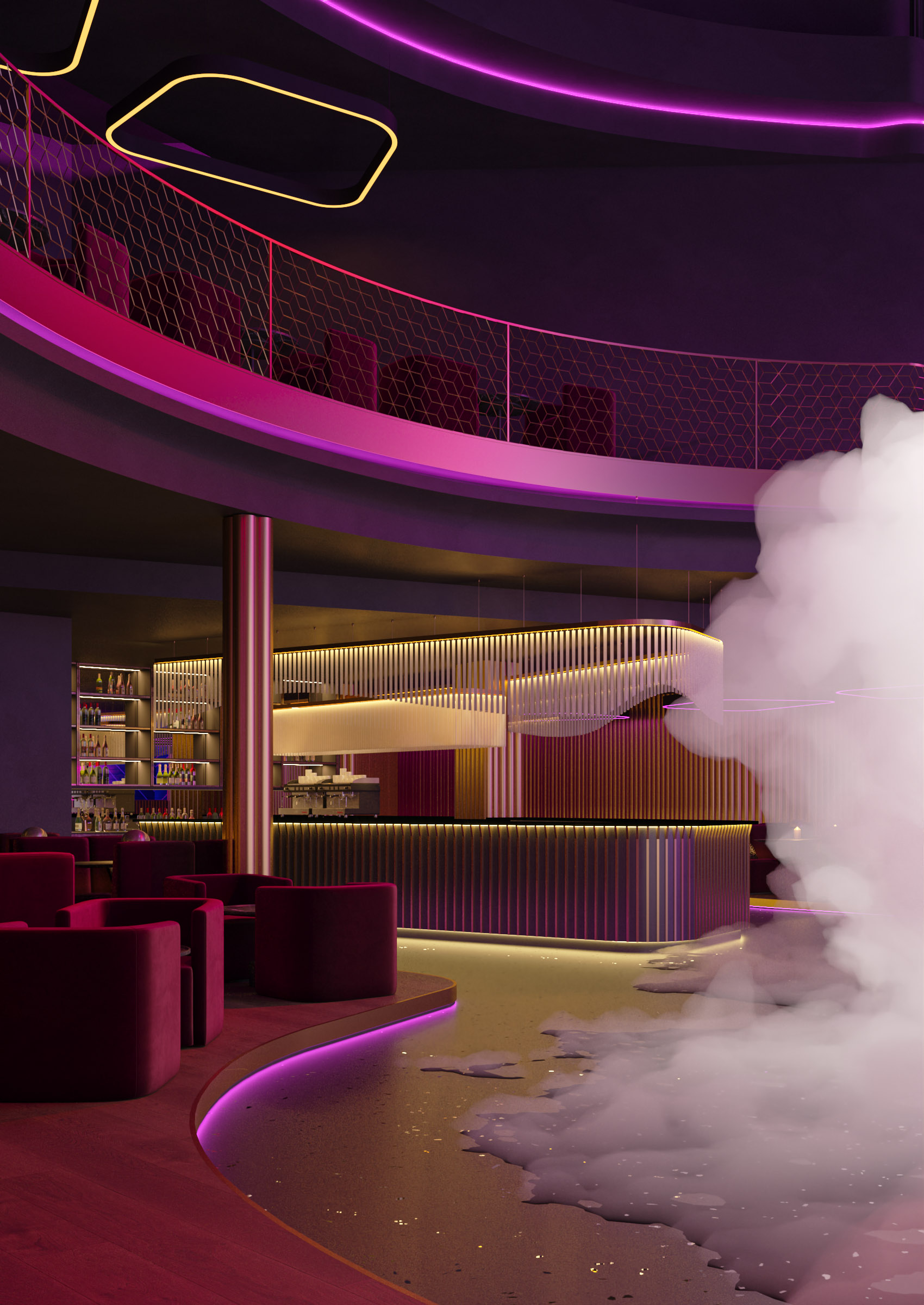 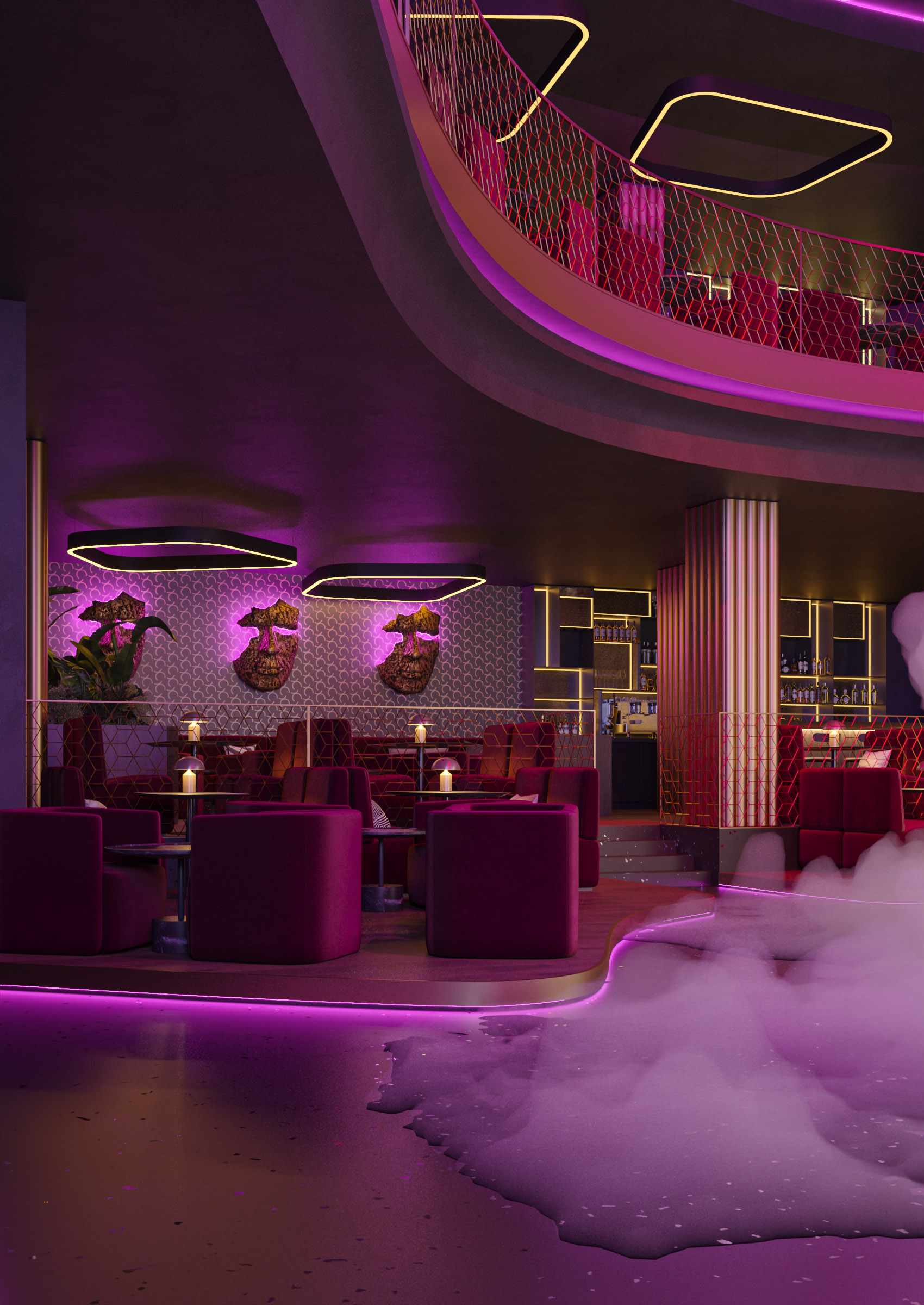 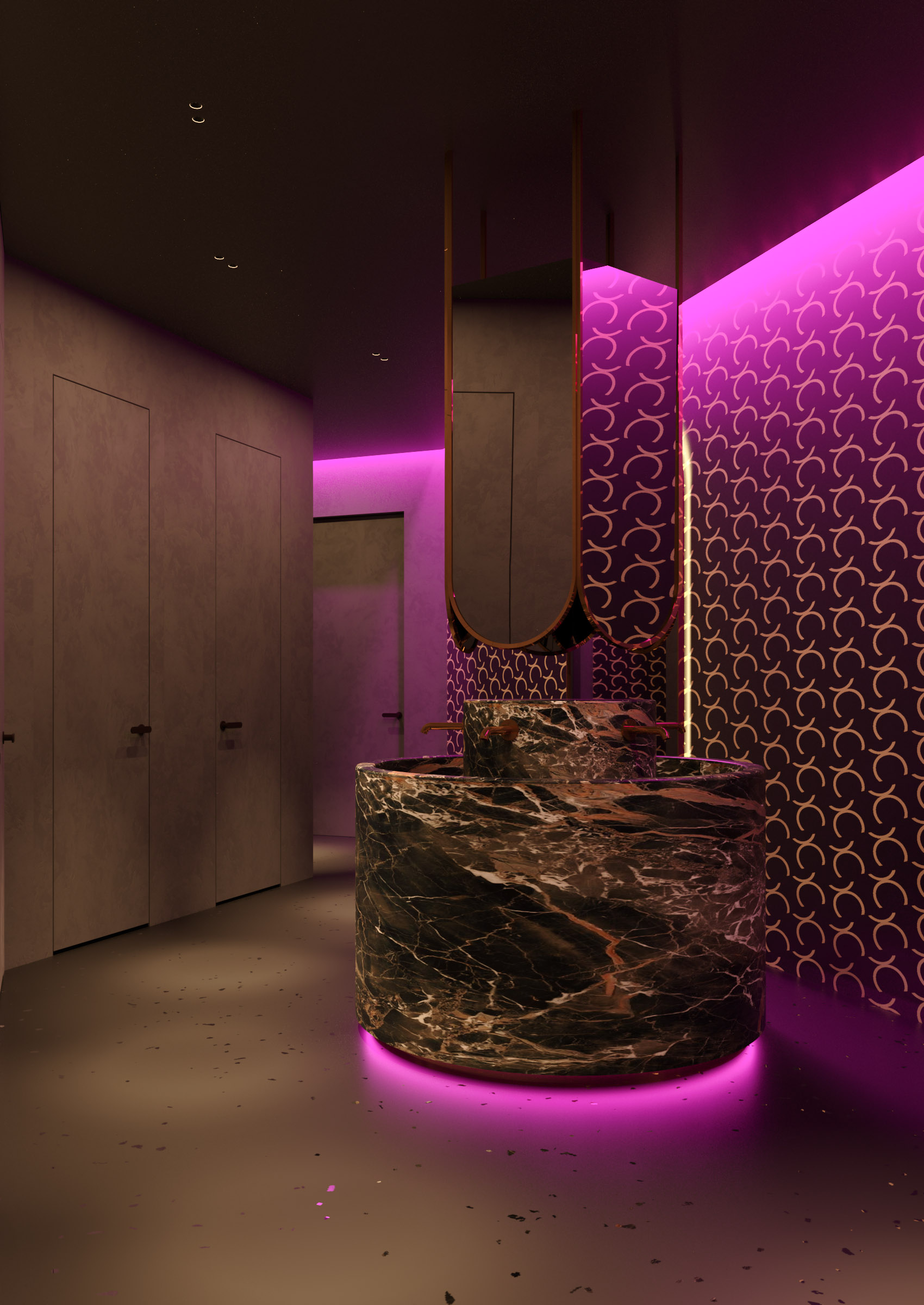 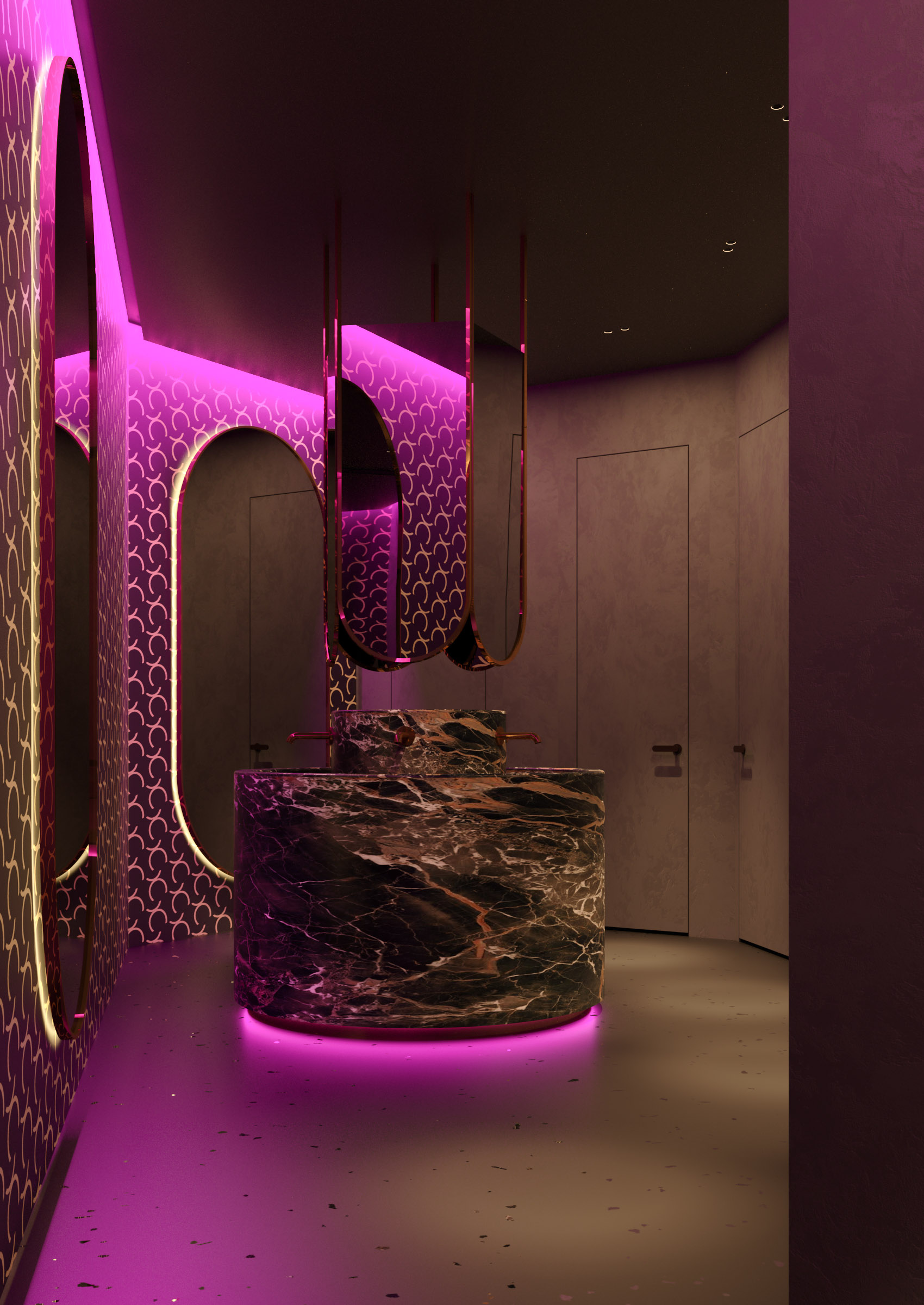 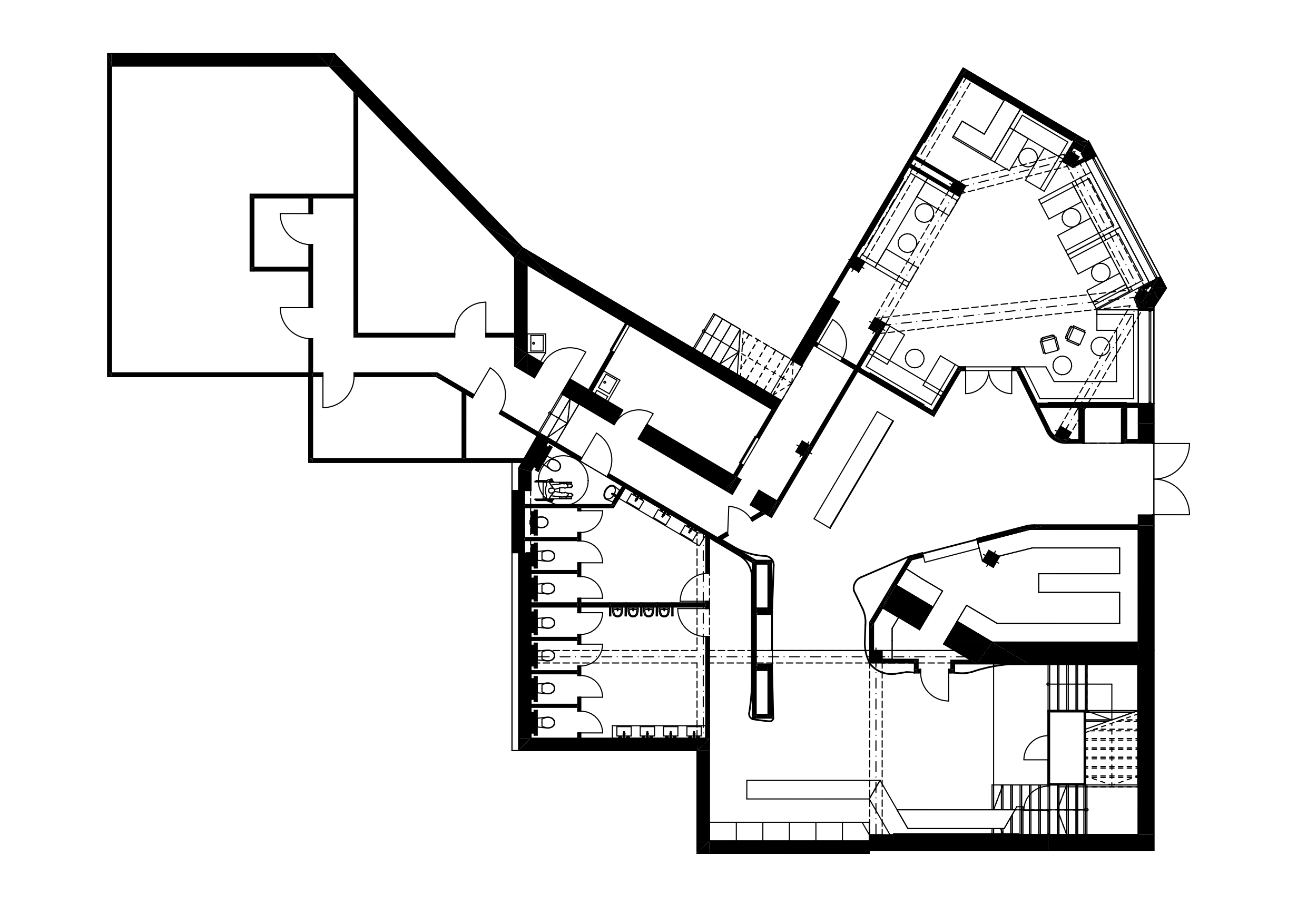 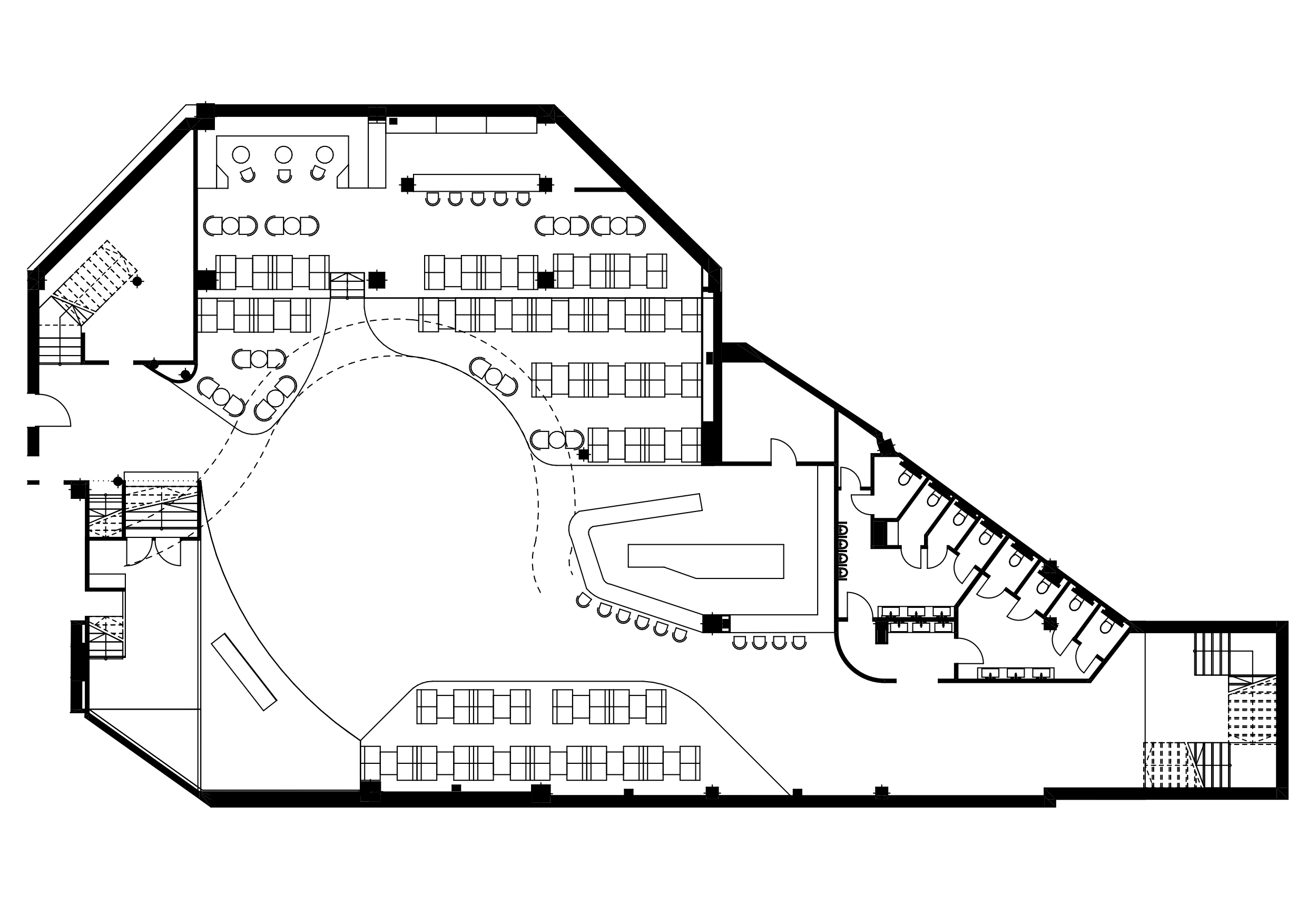 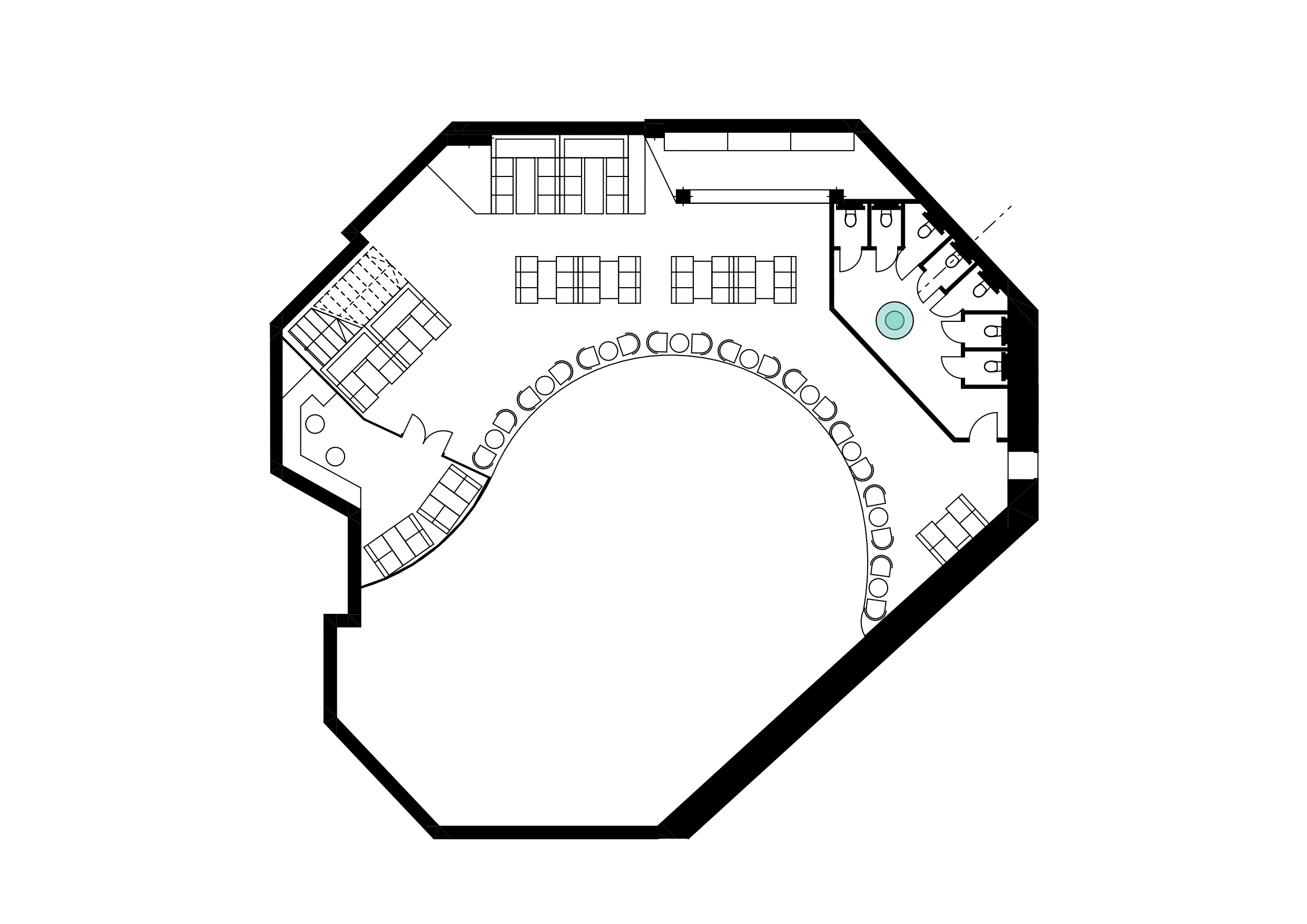