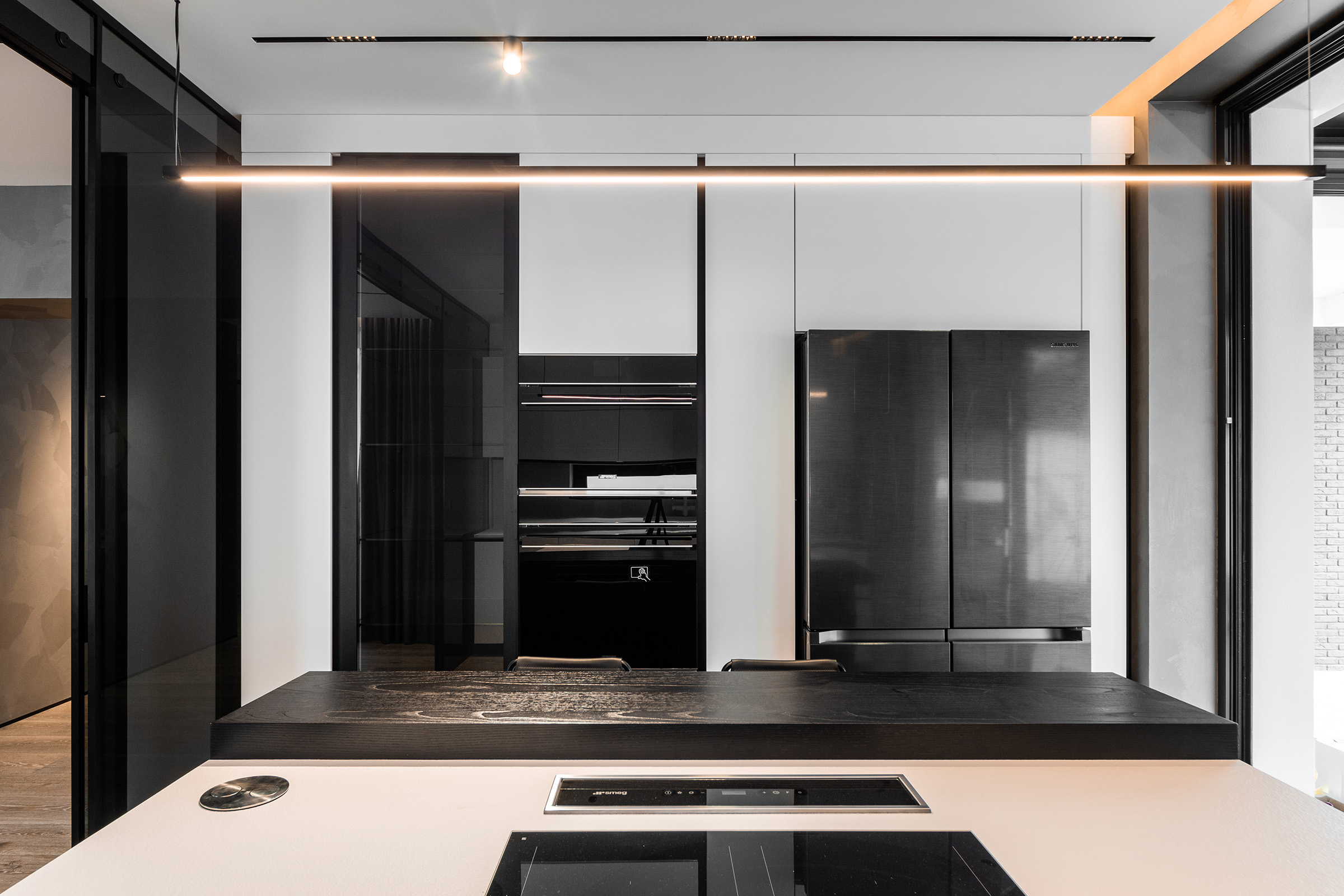 Strict lines underlined by chromatic simplicity. The project below illustrates the harmony between white, black and grey. We relied on experience and a play of textures that are highlighted due to laconic colour line, which dominates throughout the entire house. Large windows let the natural light flood into the interior and the absence of unnecessary details offers the feeling of freedom.

The living premises were united in an open space designed in a single stylistic way, but also having close interconnection. While creating this premise, we aimed to create the possibility of isolating the kitchen. Thus, we opted for the use of sliding glass doors that ensure transparency. In fact, it becomes a premise that connects the interior and the exterior. It also has a panoramic window with sliding opening, which faces the terrace. The abundance of white colour supports ephemerality and the accents in darker hues support easy transition to the other premises.

We were strictly guided by the demands and requirements of the client, including the integration into the interior of some pieces of furniture already owned by the customer, such as the sofa. Neutral hues get warmth due to the wooden floor of the living room, as well as of its fireplace.

The bedrooms maintain the air of seriousness and offer the same simple and calm atmosphere. In addition to the natural light, which, as in the case of the living space, penetrates inside abundantly, the bedrooms also feature a play of scenographic lighting, which comes to emphasize the subtlety of lines and luxury of simplicity. 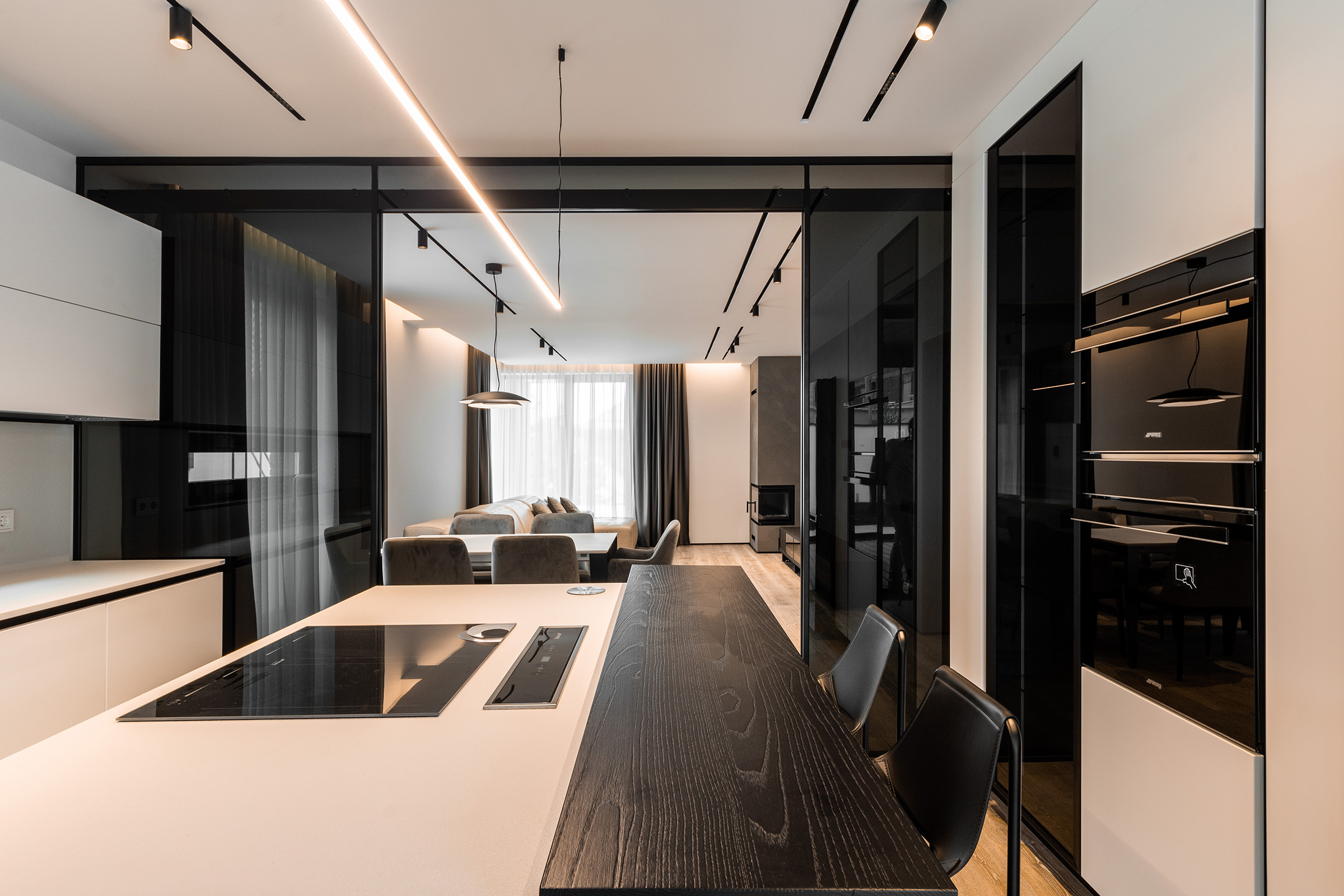 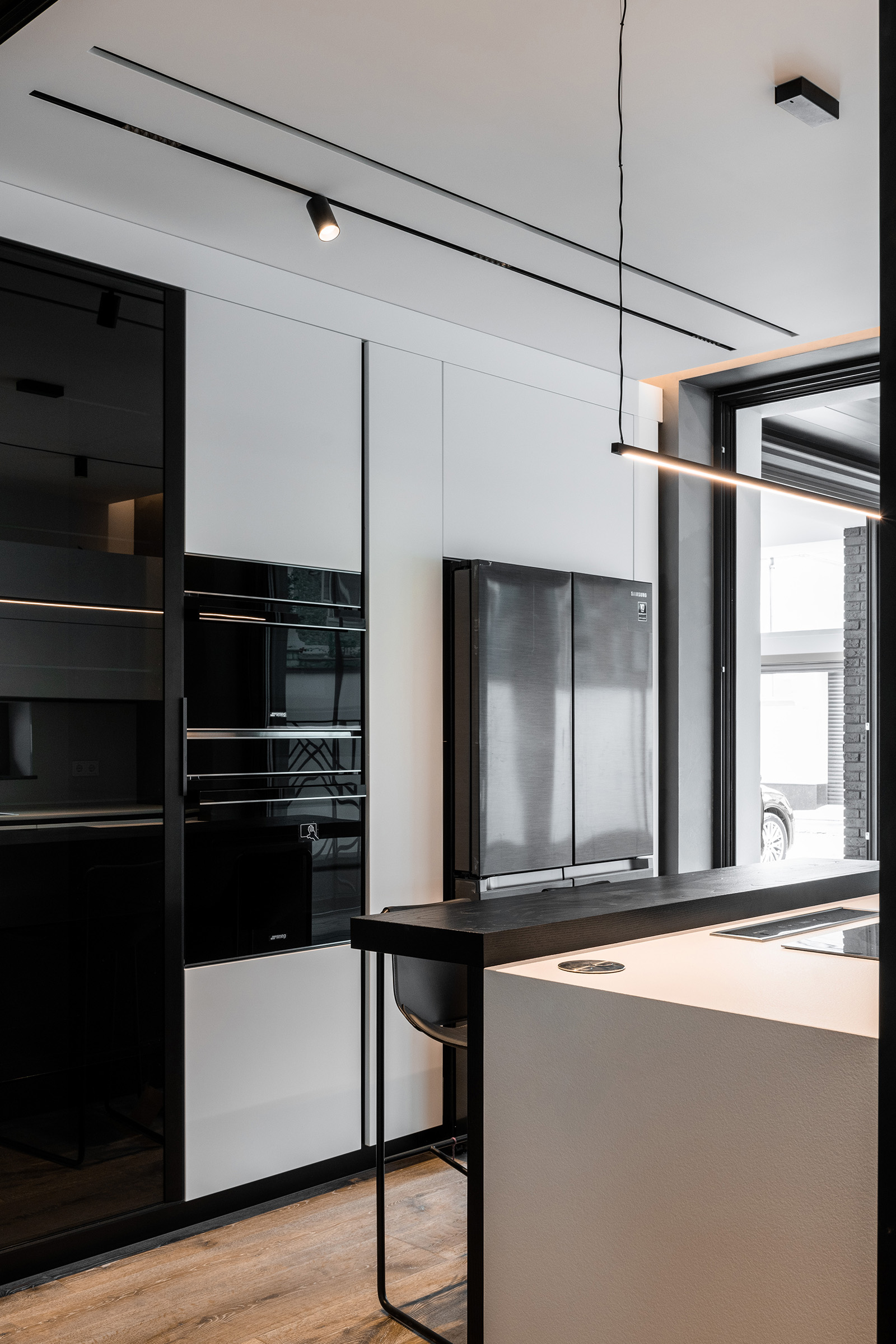 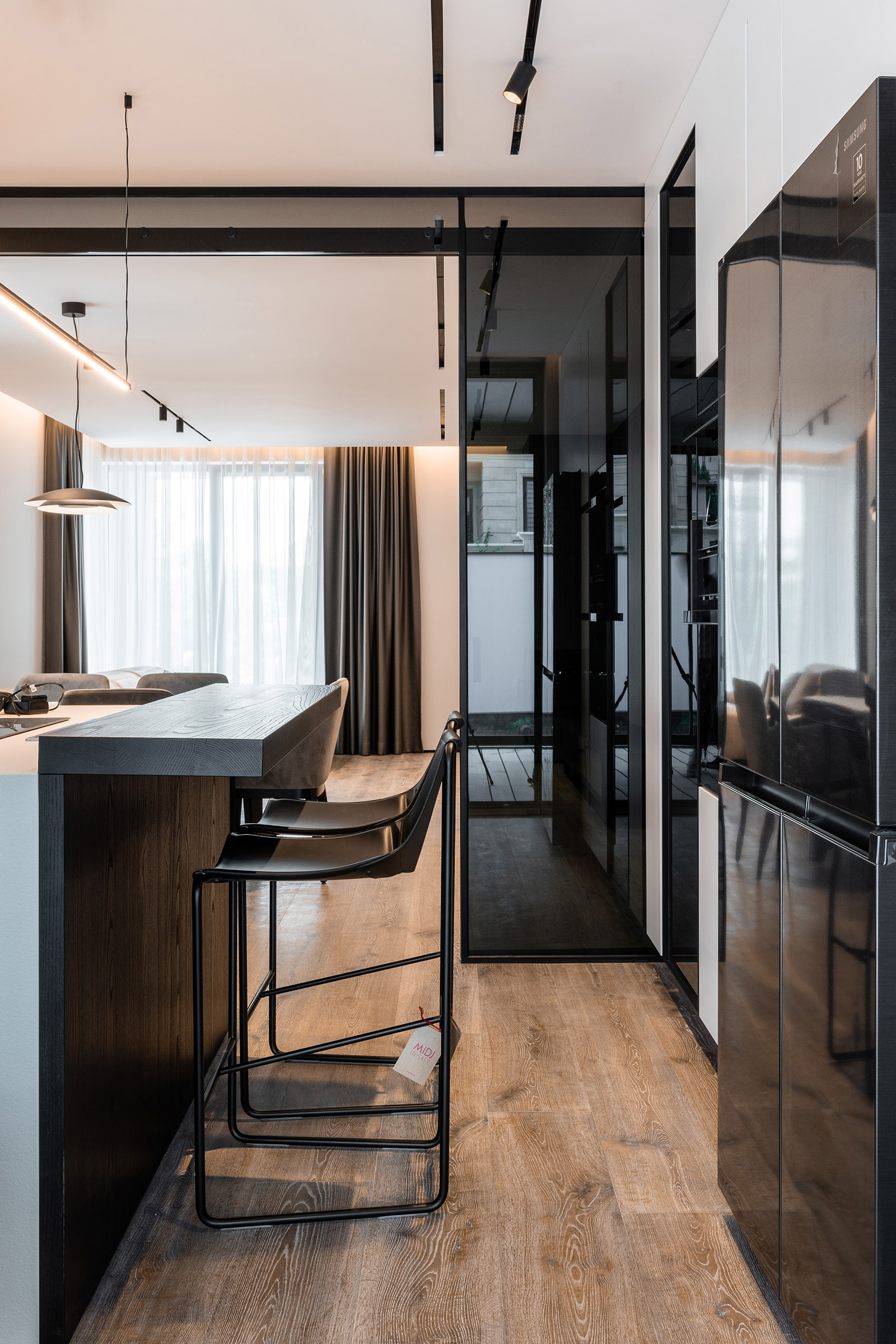 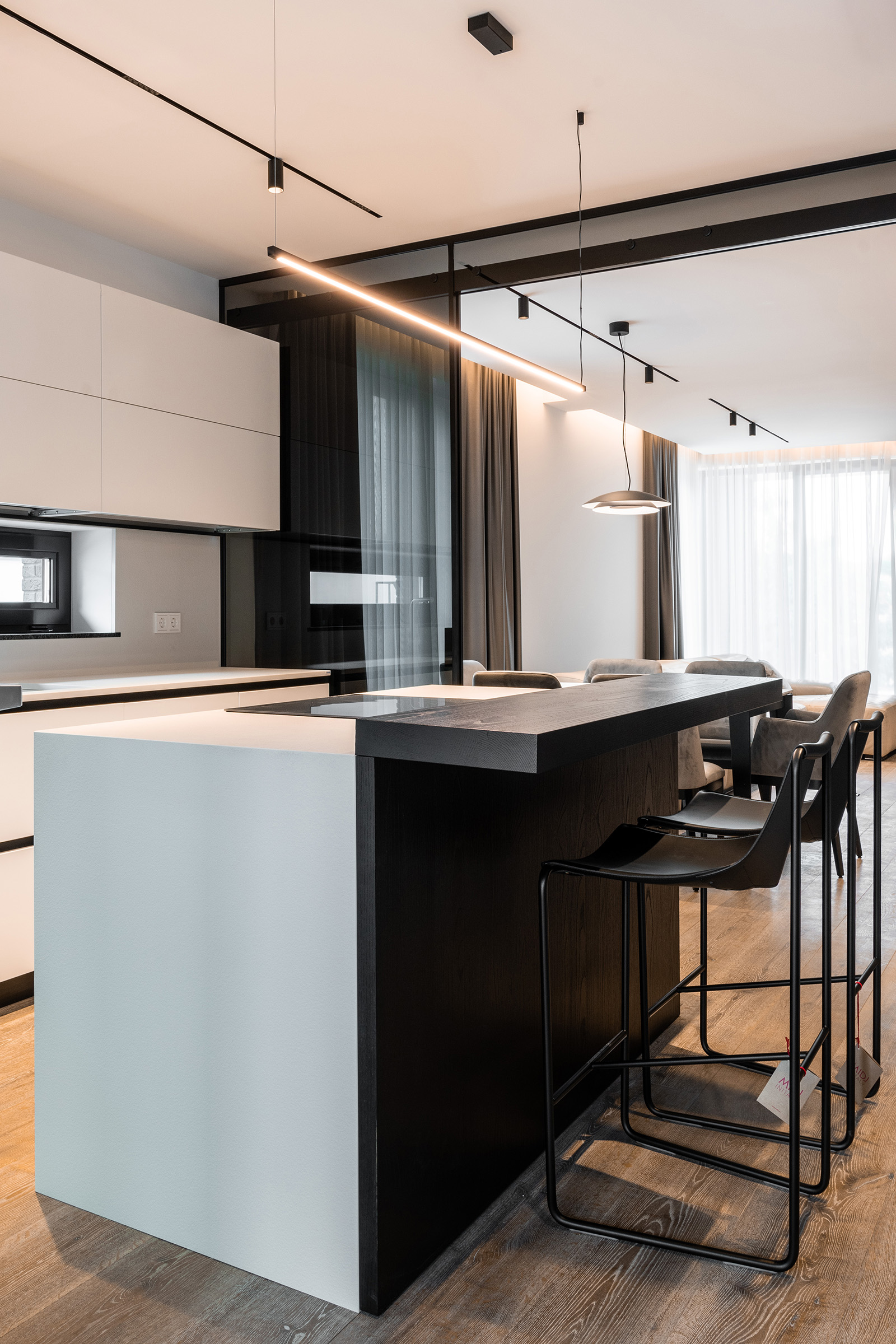 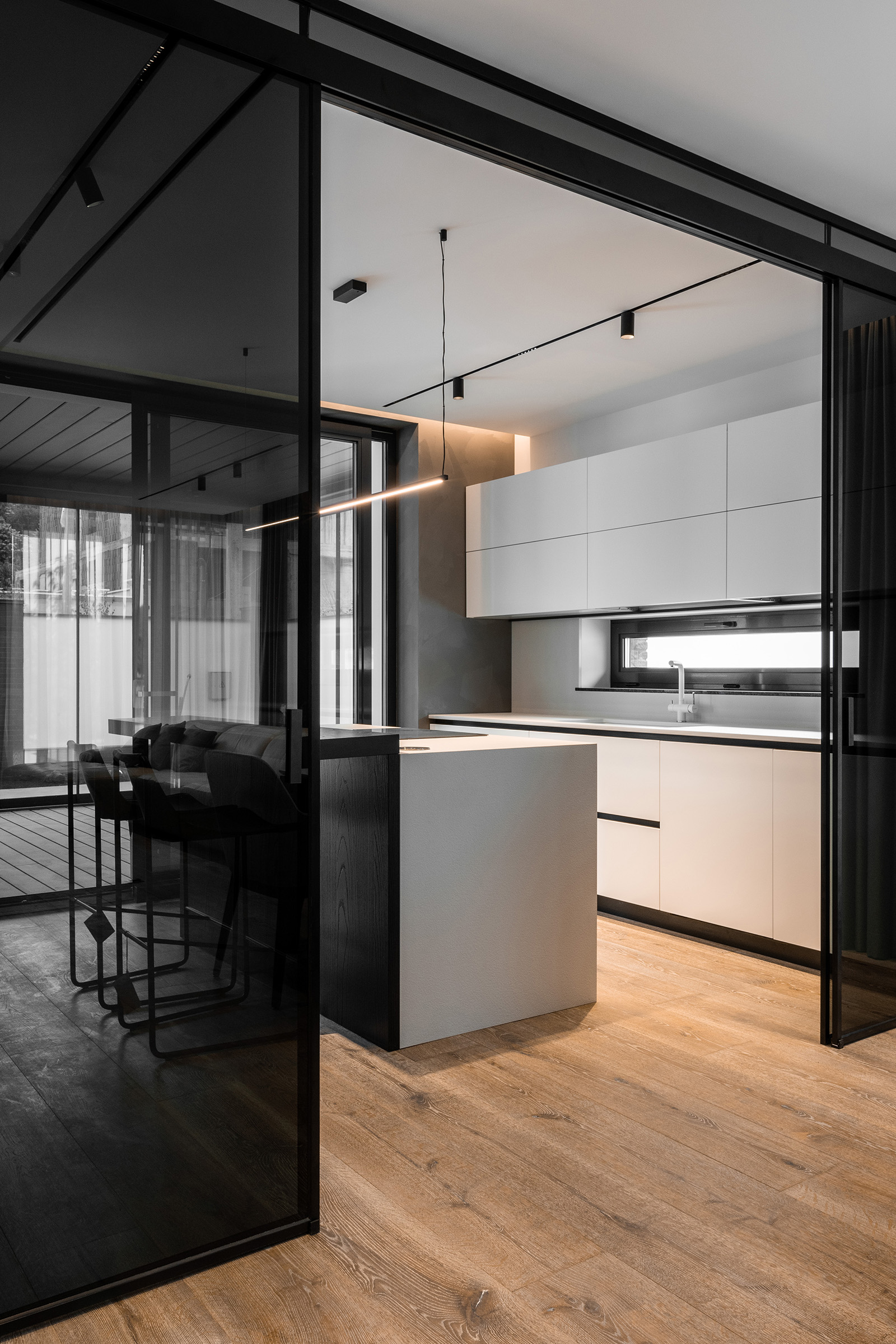 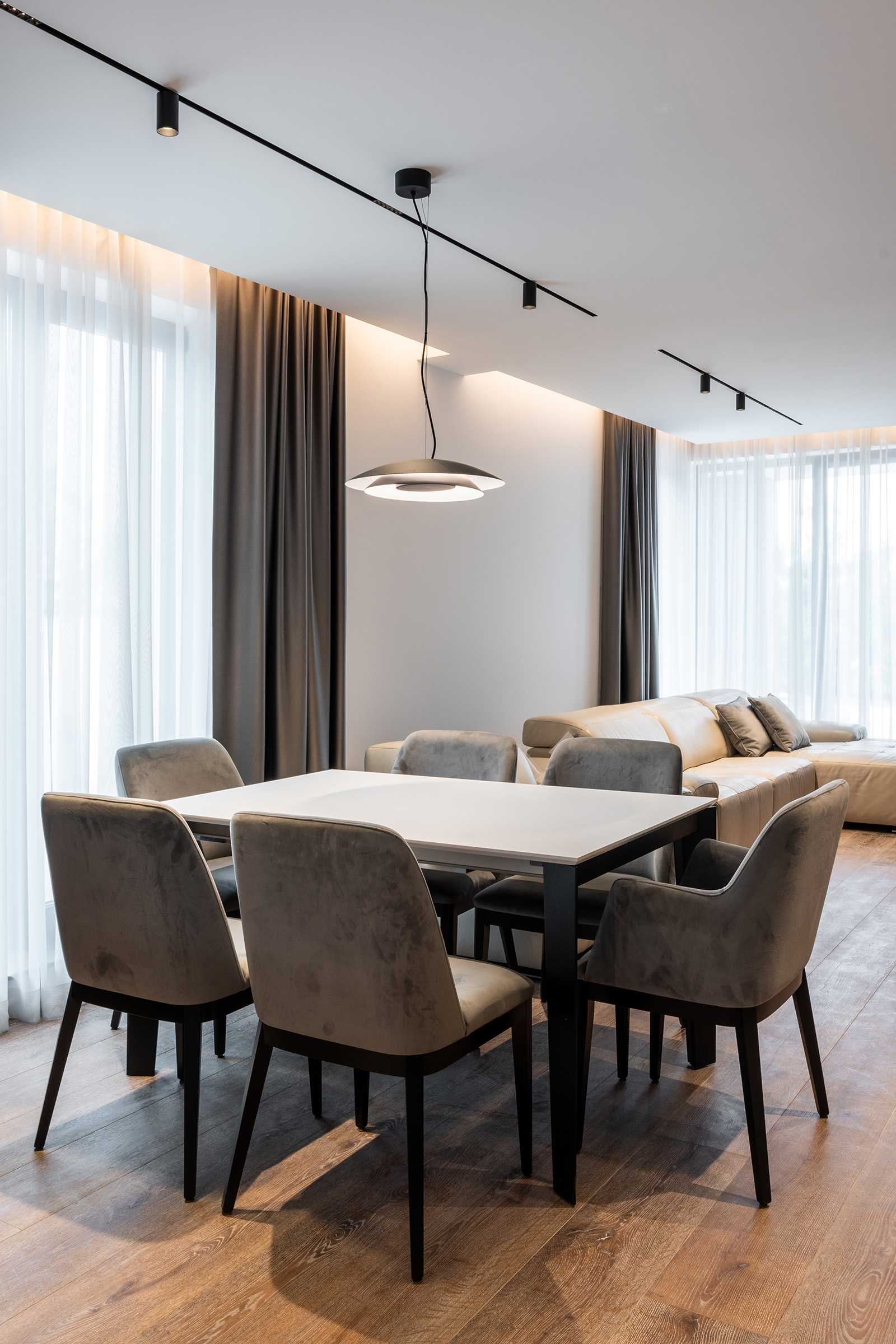 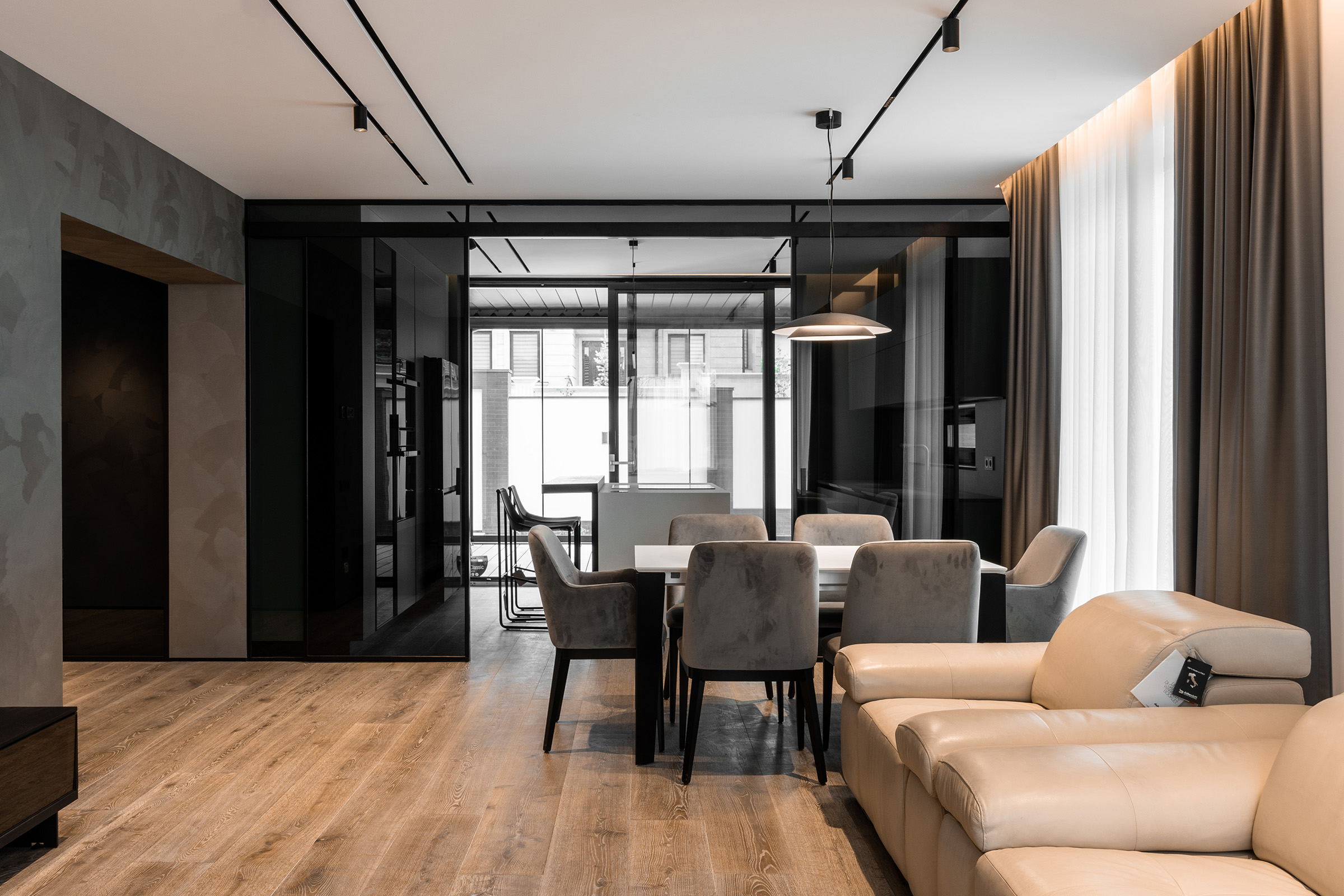 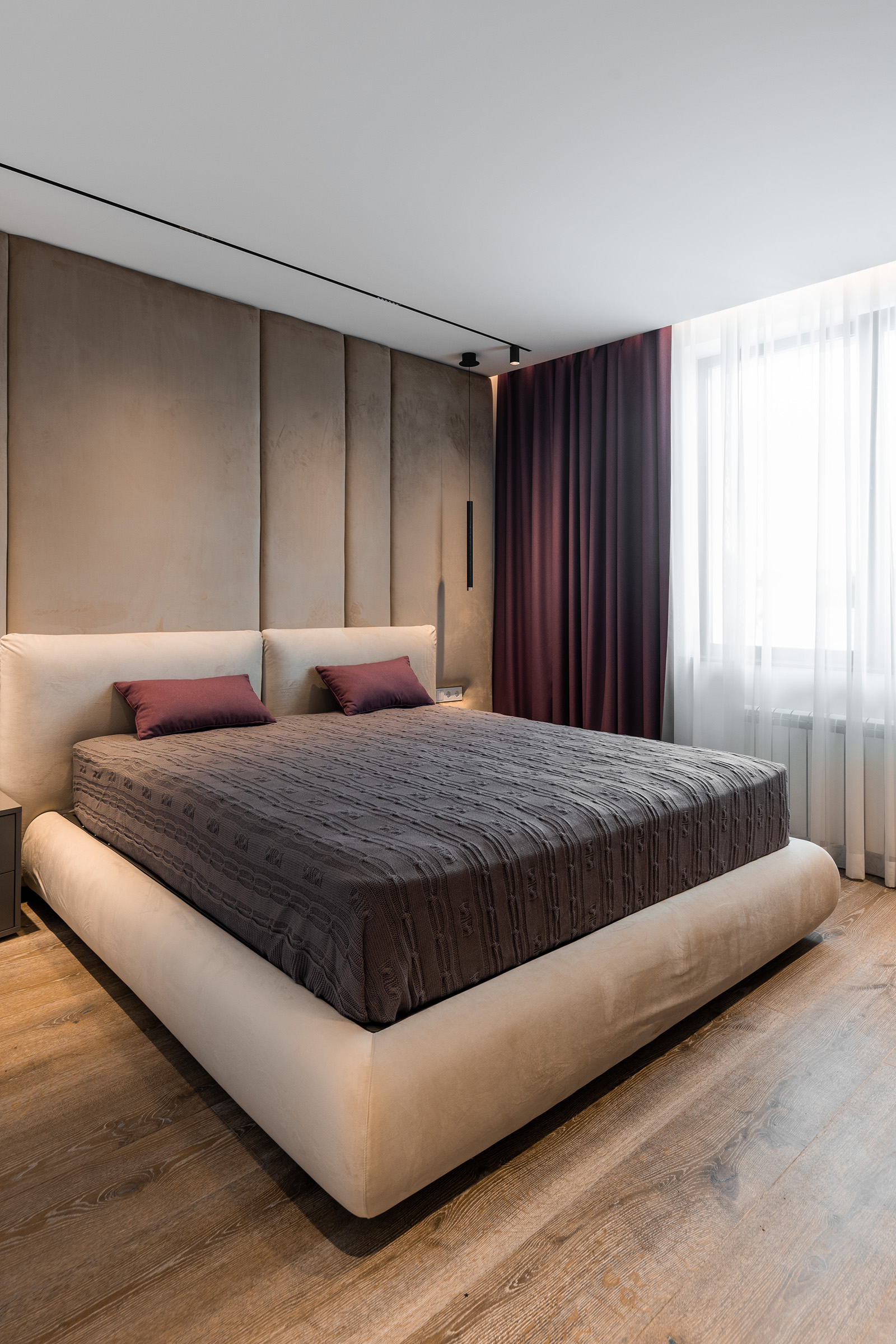 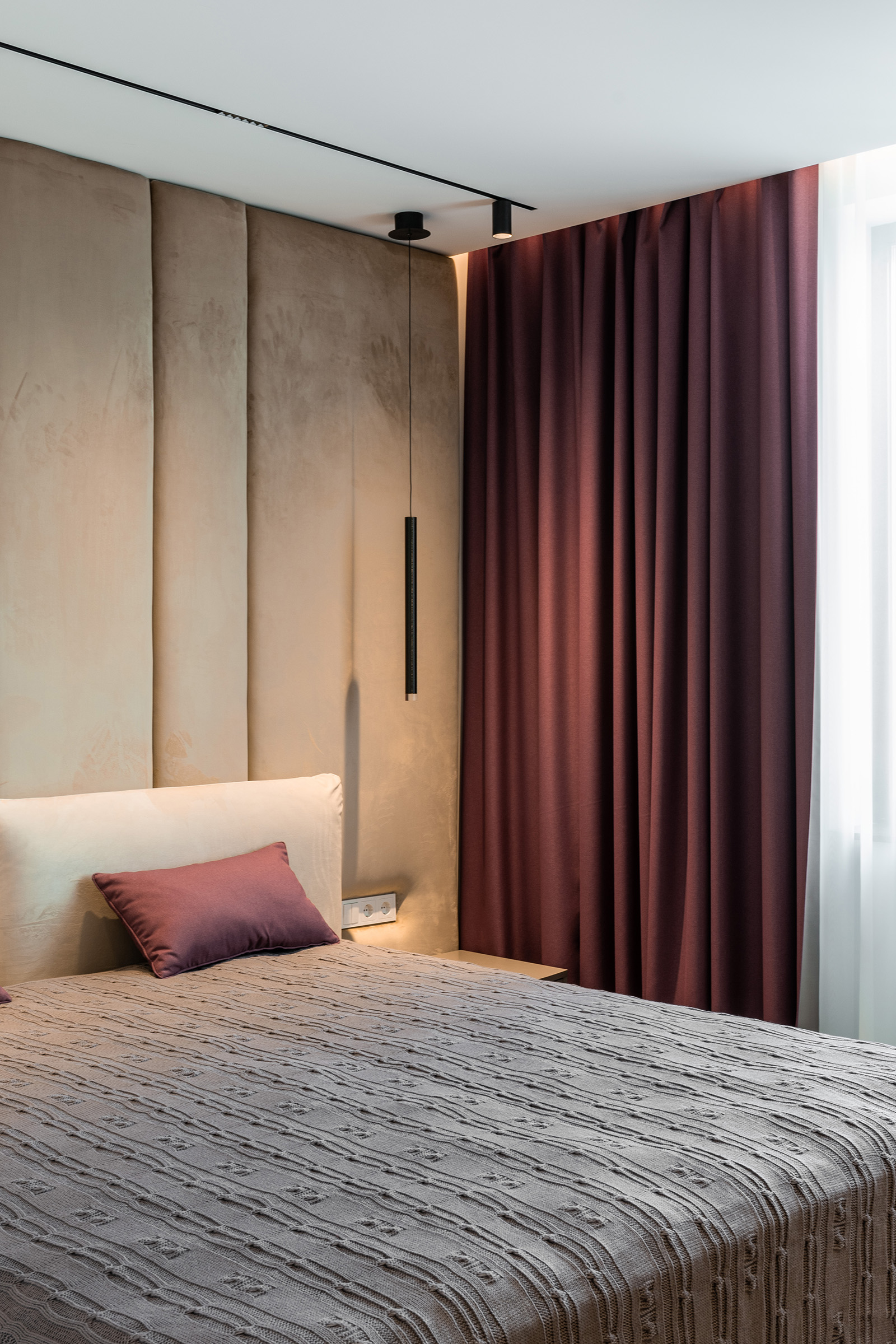 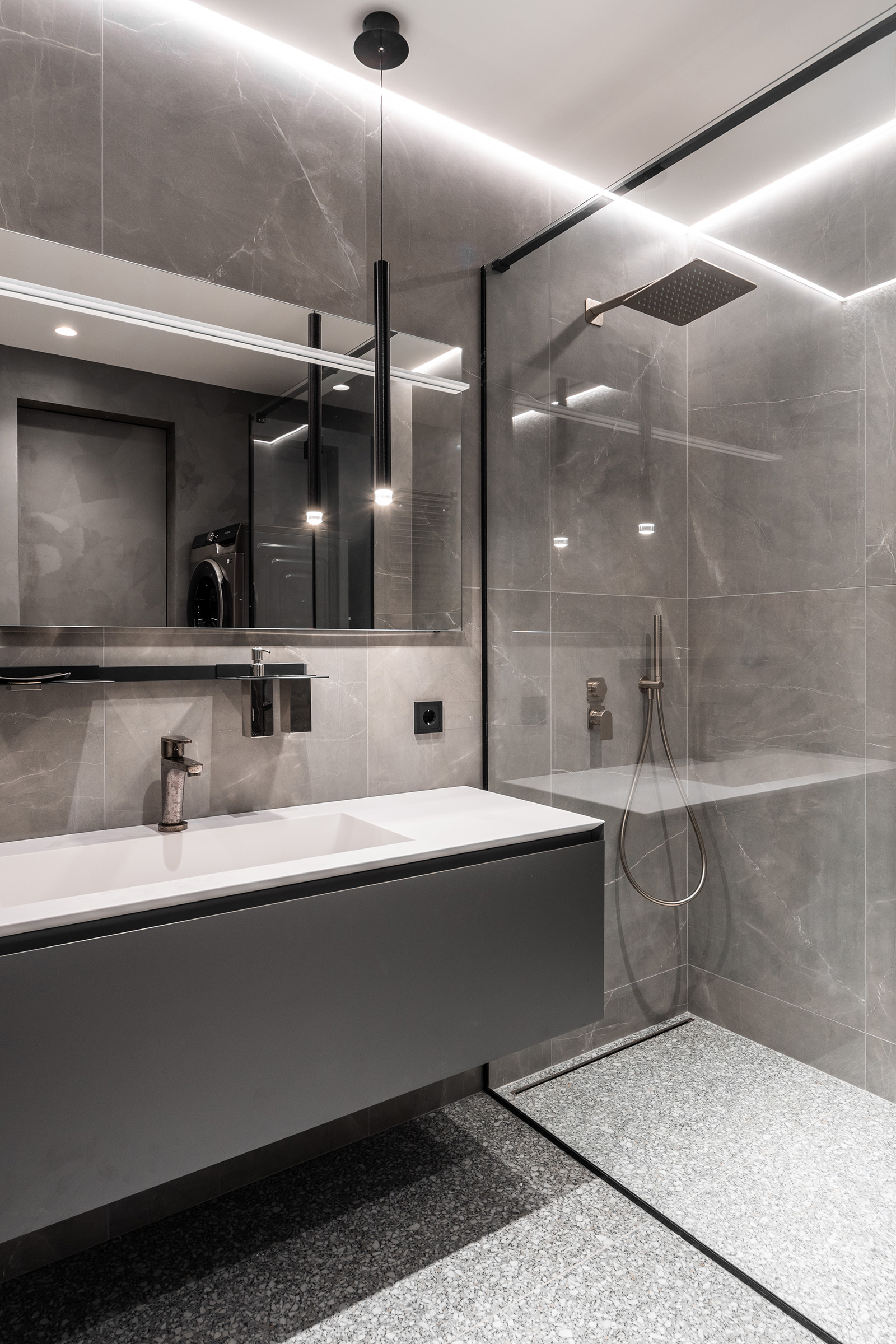 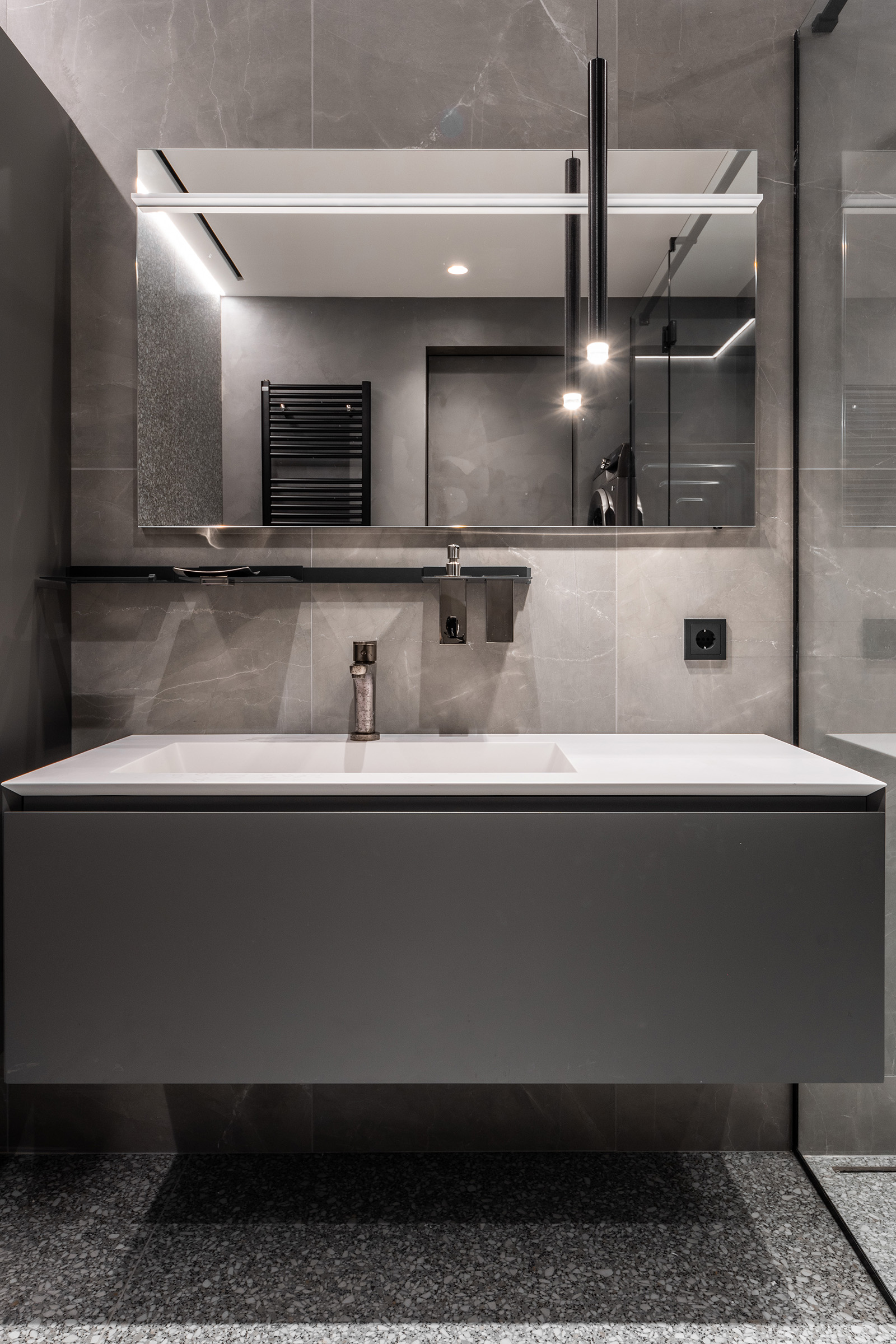