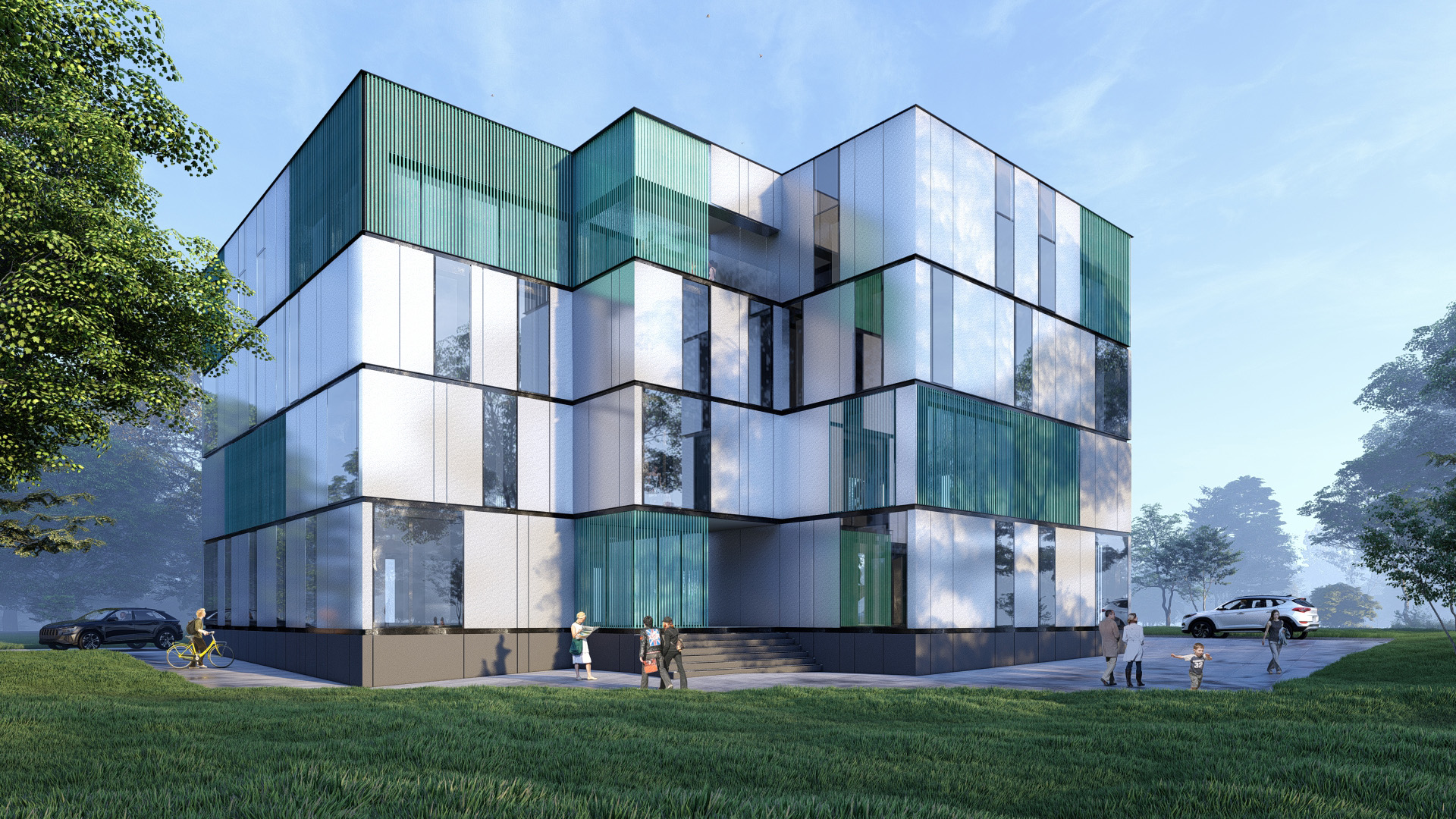 Succinct lines combined in a harmonious geometric play. The exterior of this medical centre is an illustration of functional simplicity. Since as a basis we had a project, the construction of which has already begun, we introduced some stylistic changes, including at the level of the structure. The original concept with classic elements has been redirected towards minimalism. We designed a ventilated façade, thus ensuring not only thermal insulation and ventilation, but also the creation of a personalized aesthetics.

Those 4 levels of the building gave us a lot of space for creativity. The exterior of the building has become a jigsaw puzzle in which different textures and hues are intertwined. On the one hand we have the satin metal panels and the glass that merge in a harmonious symbiosis, on the other hand – the slats that dissolve in the uniformity of the façade. The latter also become turquoise accents on the background of grey and anthracite colours that dominate the building, but also place it into the context.

To give ephemerality to the building, we designed windows that occupy the entire height of the floor. It is one of the factors that guarantees an abundant flux of light, but also a high degree of transparency thus positioning the project in the current stylistic trend. At the same time the volumetric aspect tells us about the contemporary trend of the structure. Although we kept simple lines, definitely avoiding curves, we did not go to the extremes of boring cubic shapes and created a series of deviations, thus giving dynamics to the project. 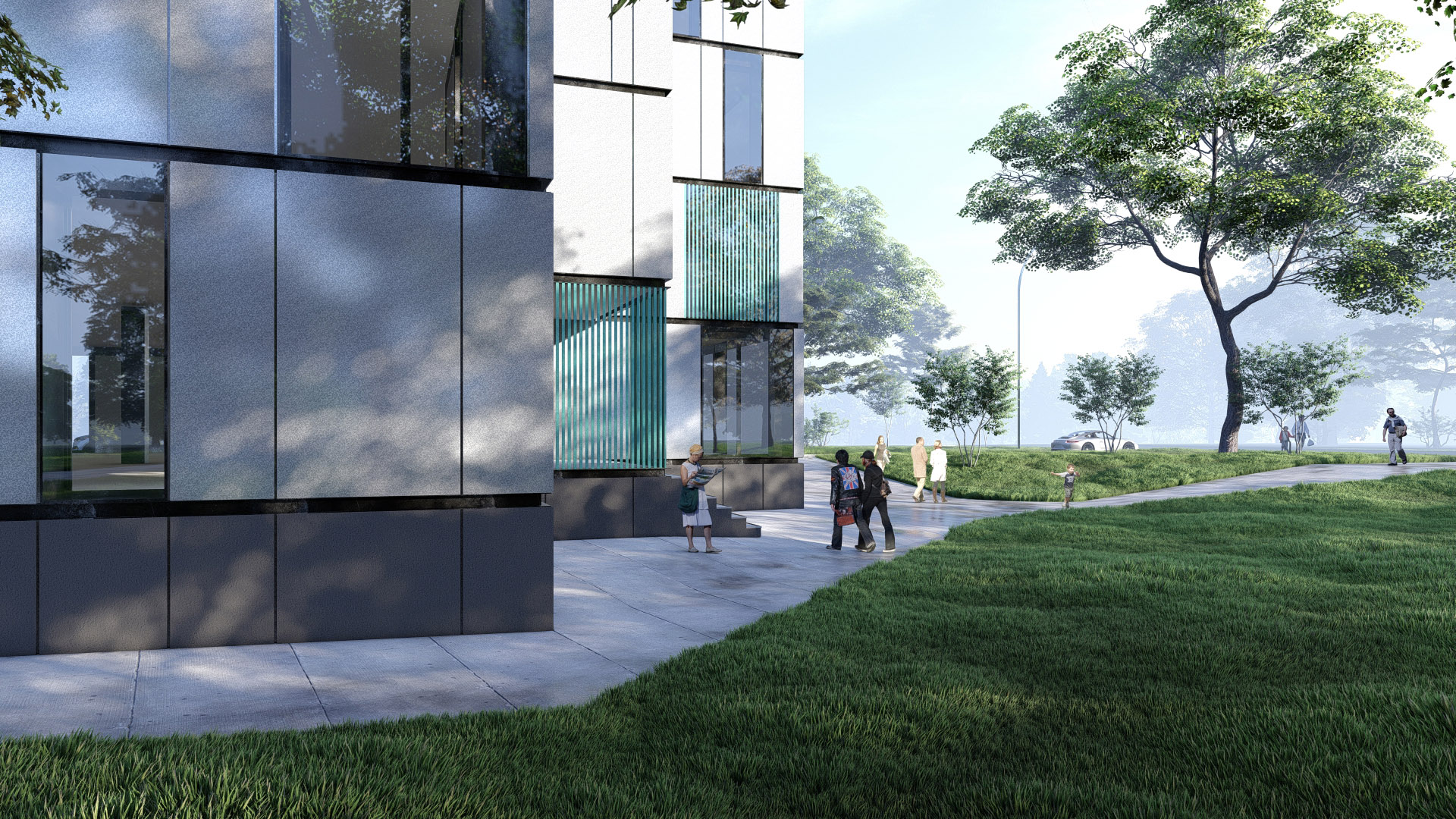 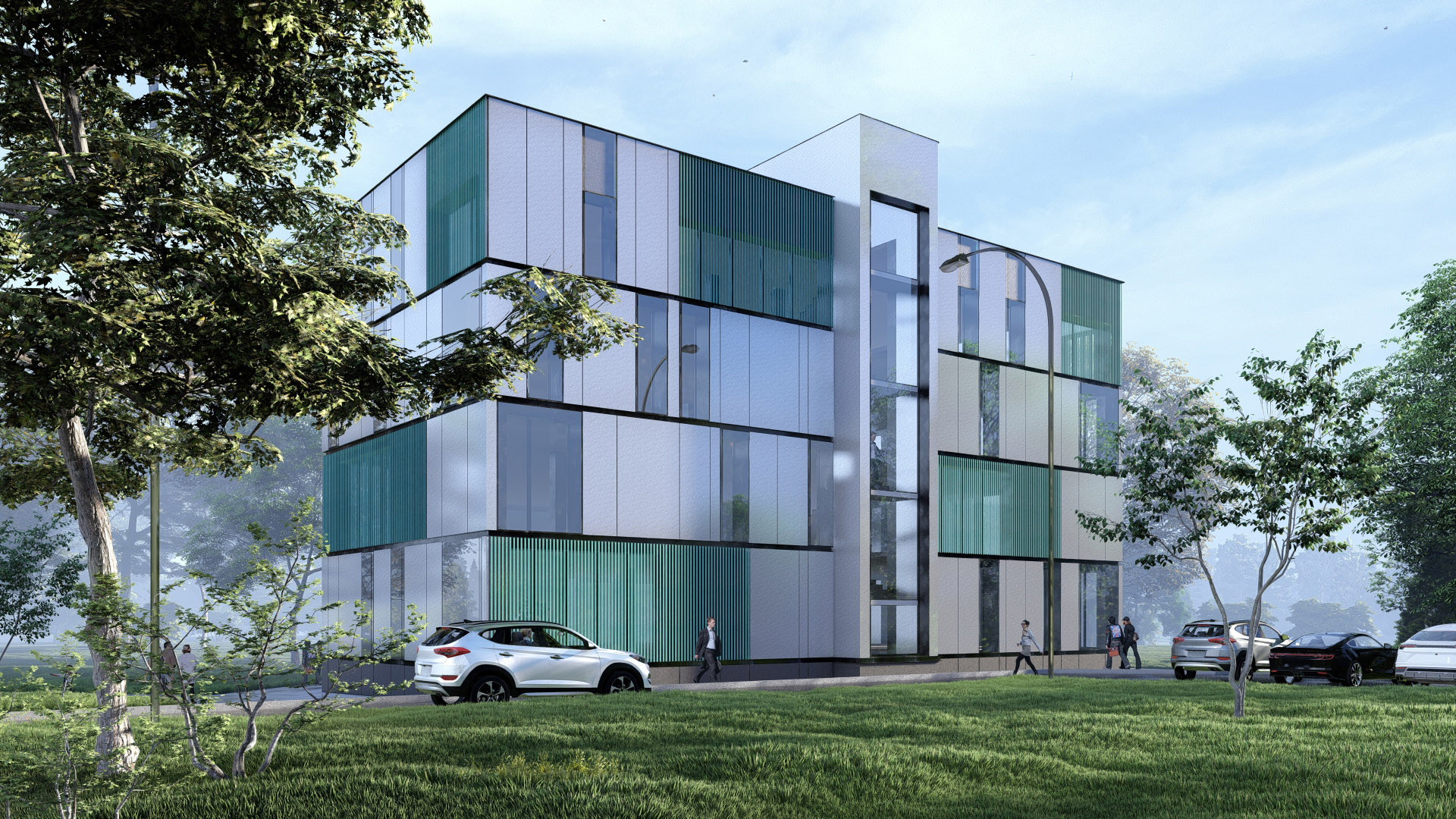 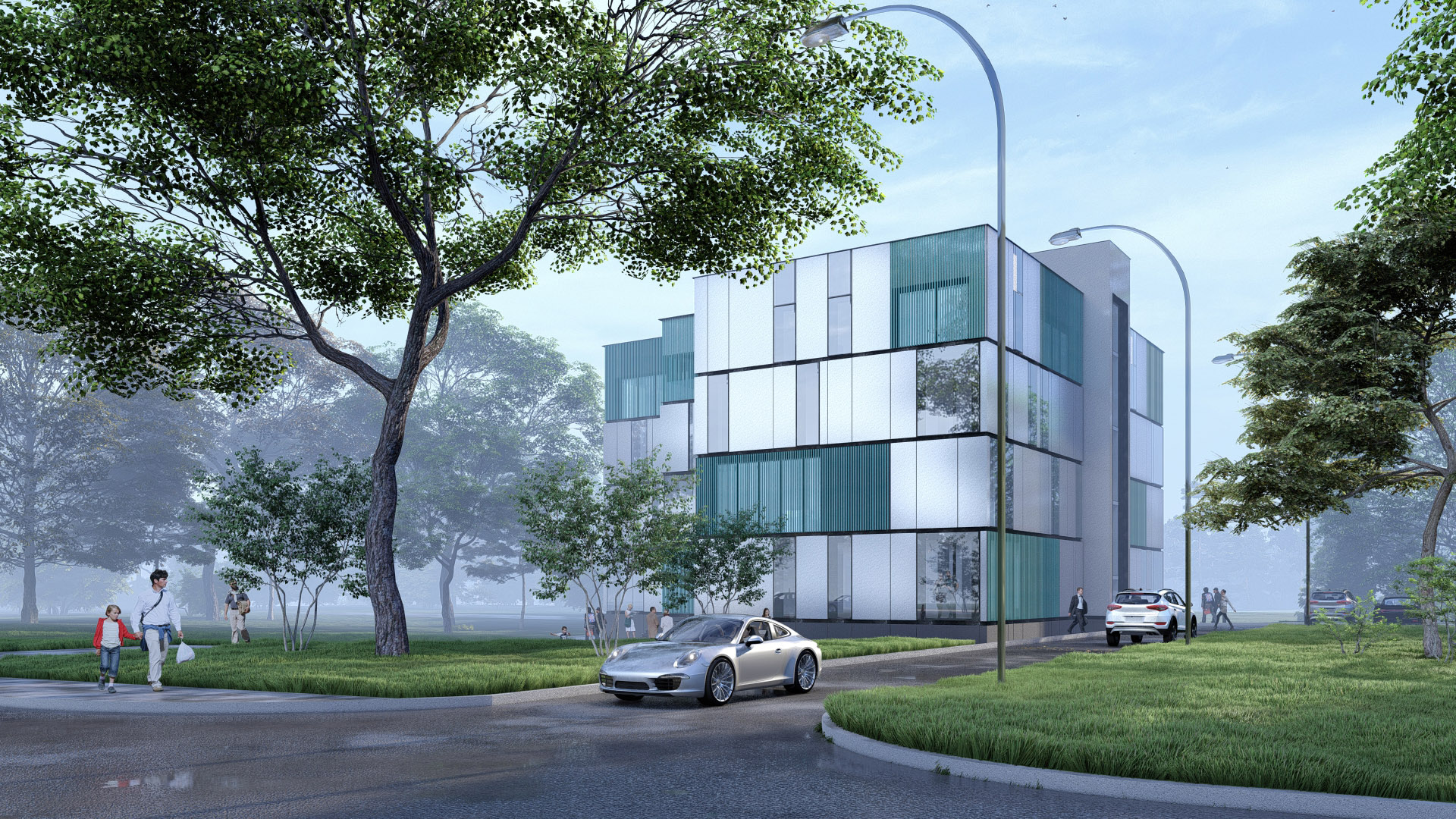 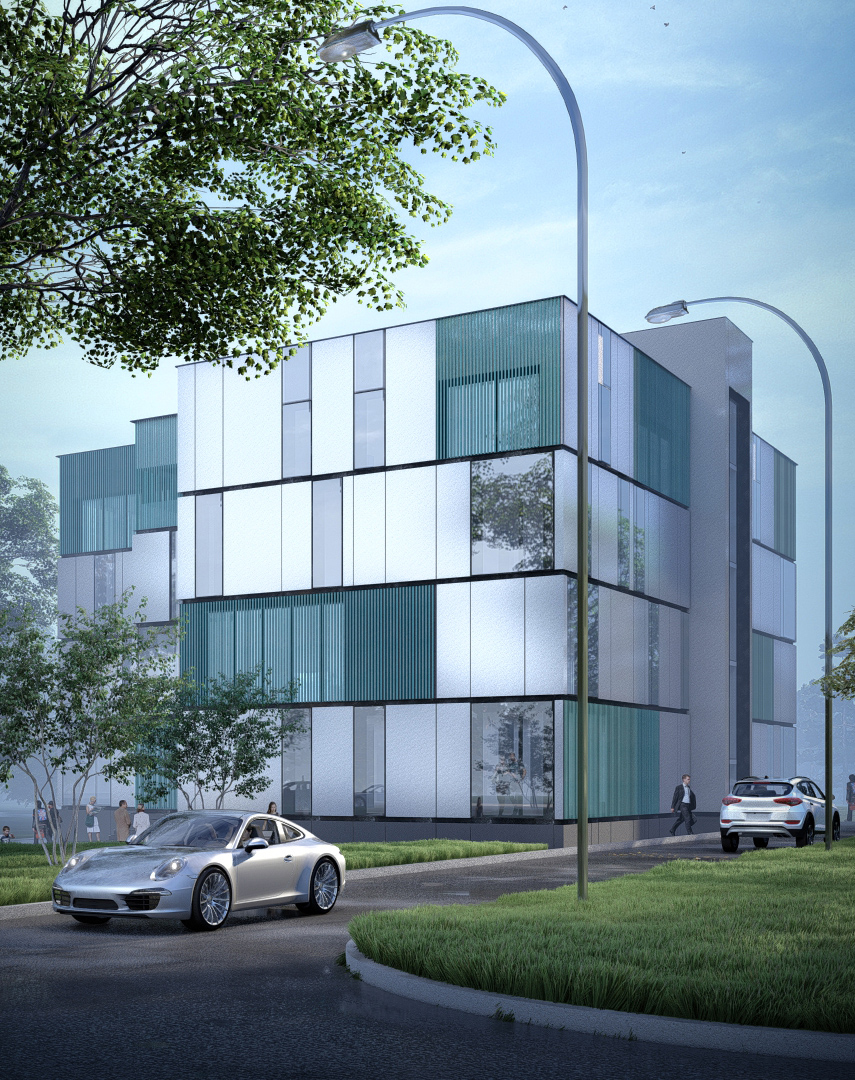