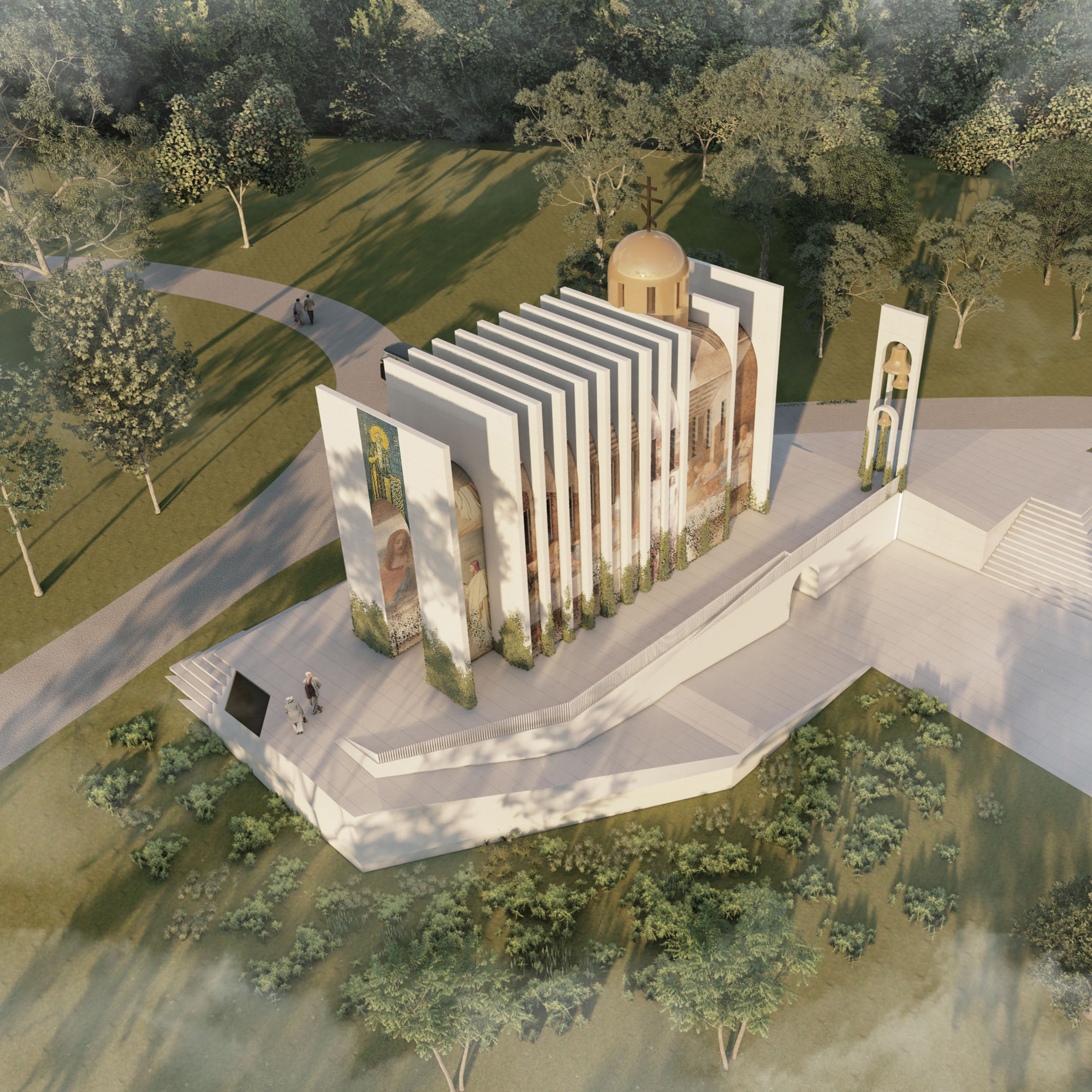 The places of worship imply in themselves, in addition to the architectural dimension, a very well accentuated spiritual side. The creation of such a project is a sum total of professional objectives shrouded in the mystery of the sacred, all passed through the prism of one’s own vision. The concept of this Orthodox Church was born in the process of meditation and came as a revelation of the reinvention of rule-driven forms.

We approached the challenge through the philosophical prism of the premise, following the religious canons. The building has all the component parts of the Orthodox Church, but also follows the orientation towards the cardinal points to ensure the spiritual flux. However, we wanted to integrate the exterior into the course of contemporary aesthetics. We have created an object of worship, defined by straight lines and regular geometry, including the dome as a fundamental element that inscribes the structure in the mainstream of the confession. At the same time we offered a reinterpretation of mural painting. If, traditionally, our premise is characterized by its presence inside, our project also includes the illustration of biblical scenes on the façade.

Of course, the building is not lacking symbolism. Spirituality involves going through several stages in which the sacred becomes a discipline, a rhythm – values that we have transposed into architecture. This rhythm is presented by 12 panel-paintings that embrace the church. And this number is not chosen by chance, its meaning being particularly complex and full of mysteries. It is called the number of divine power, and even the mystery of God, because it often appears in connection with major religious concepts in the Holy Book.

Thus, deviating from the general landscape of the spiritual architecture characteristic of the area, we reinvented the way an Orthodox Church can look, with a new vision to create a representative landmark – a “must visit” destination. 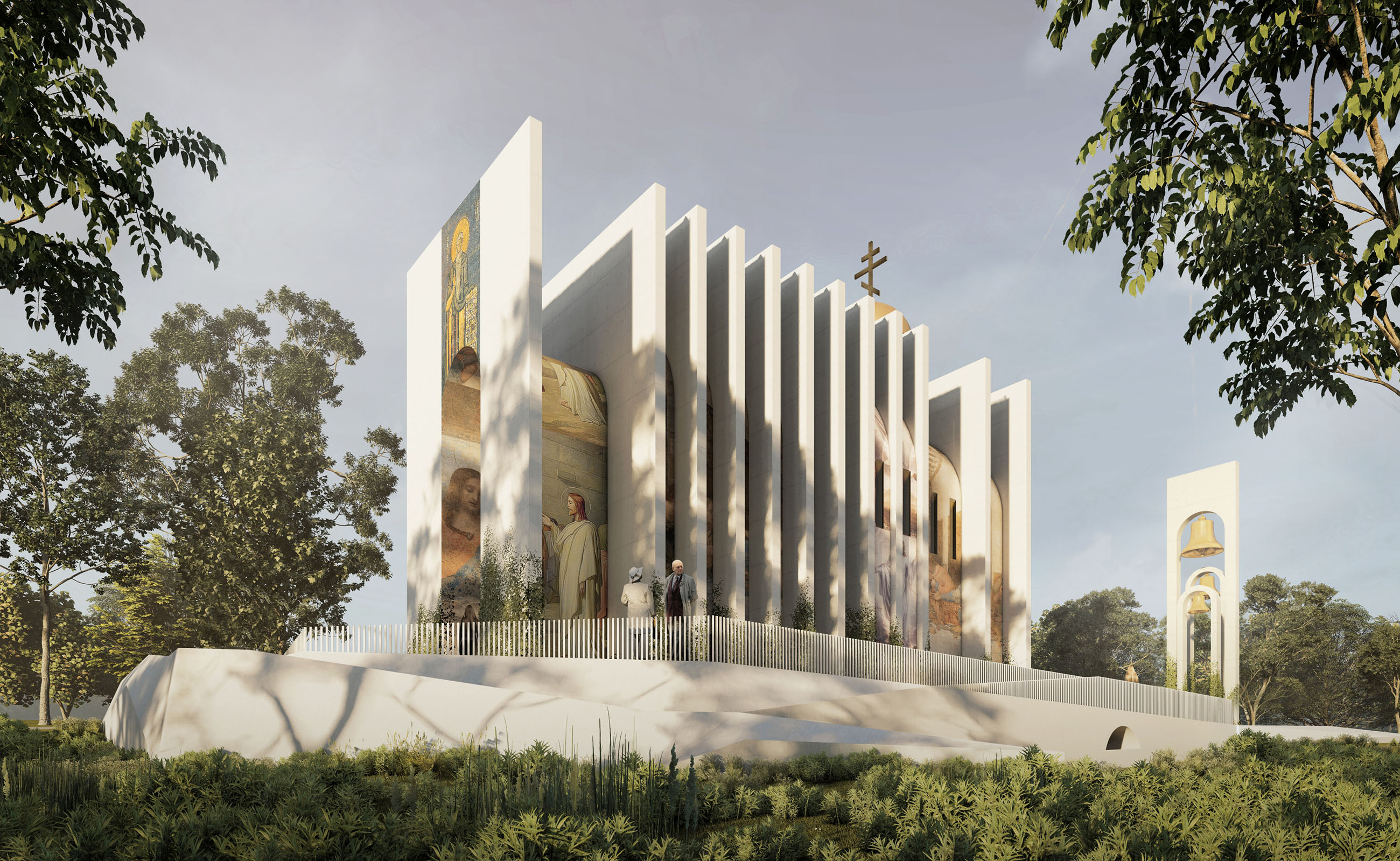 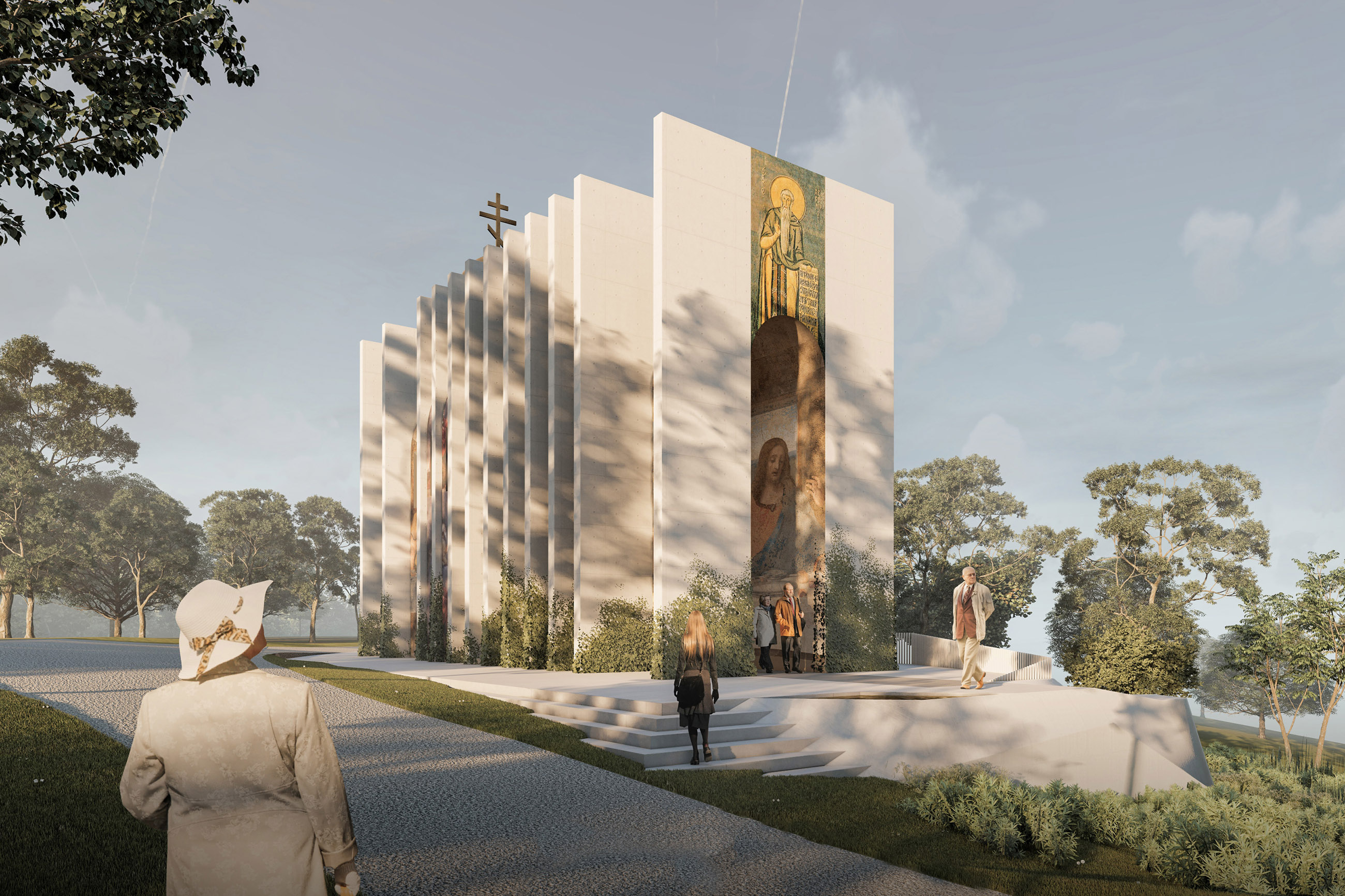 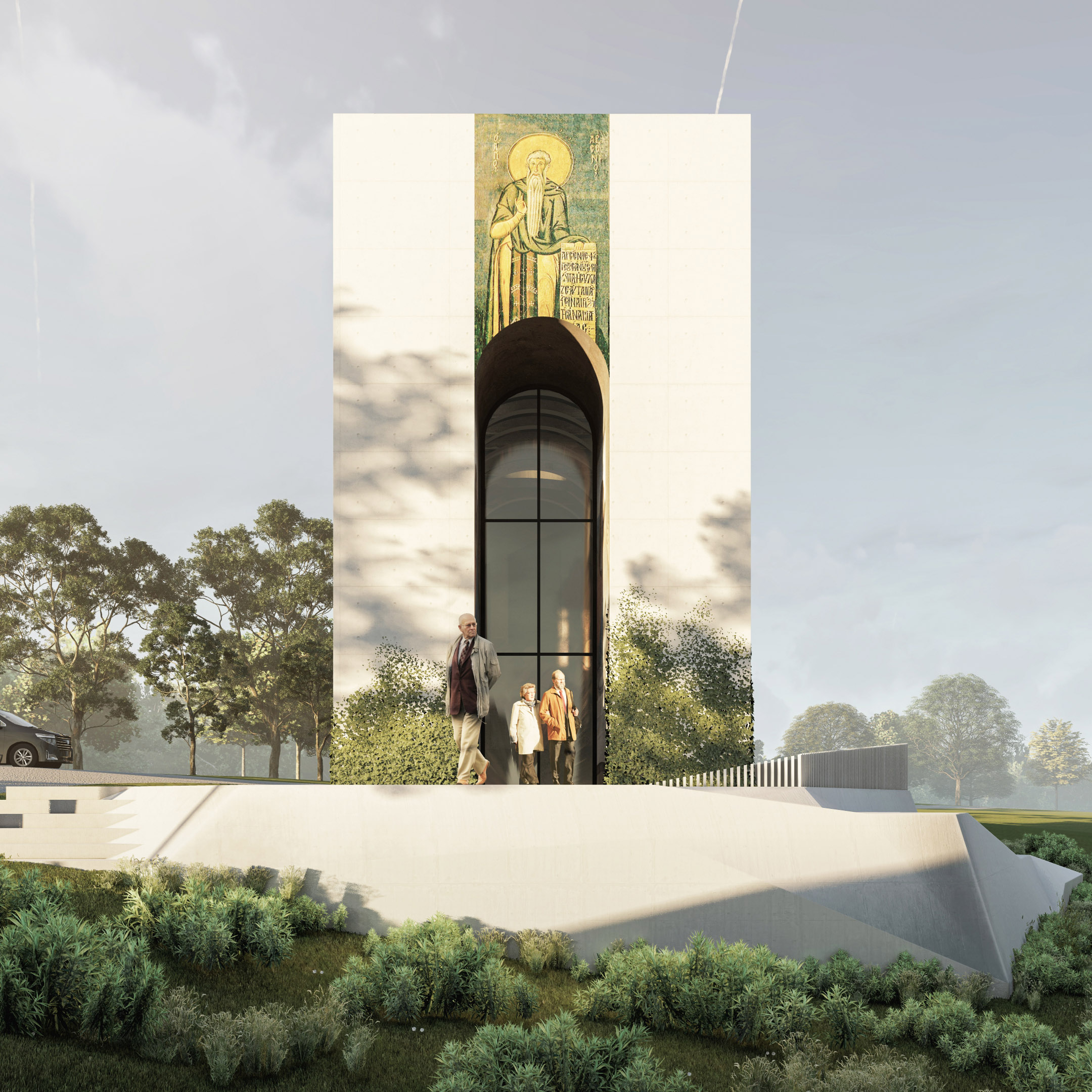 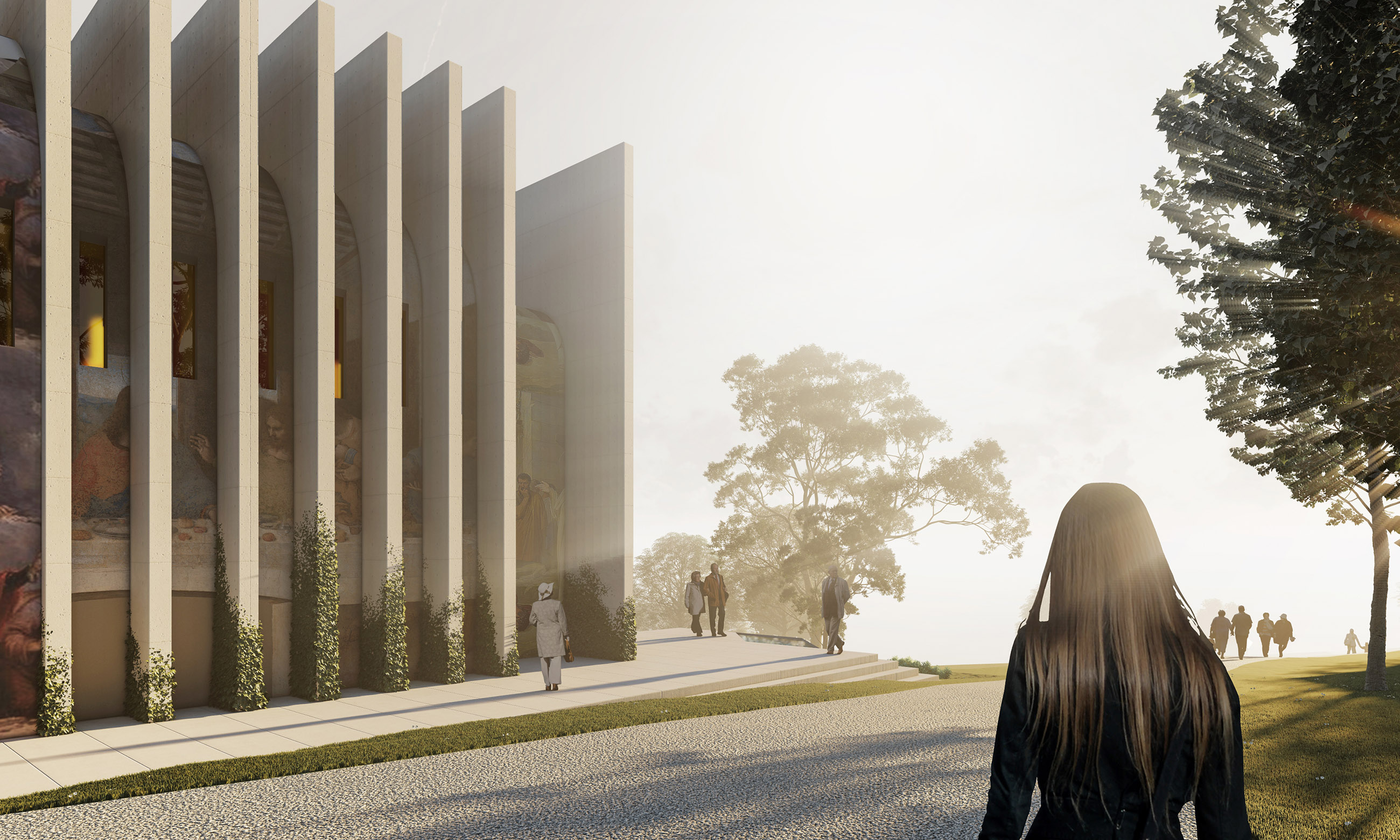 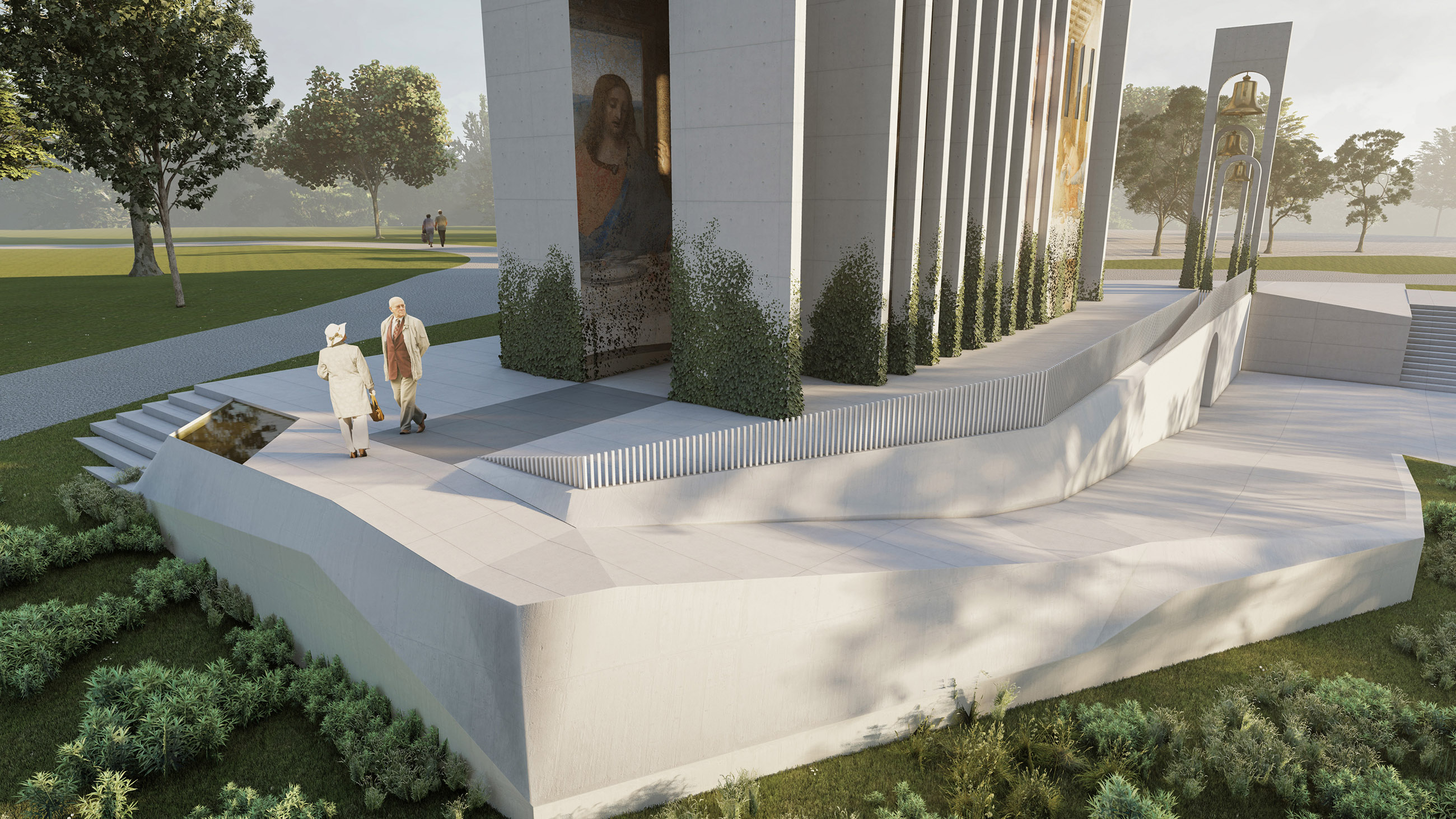 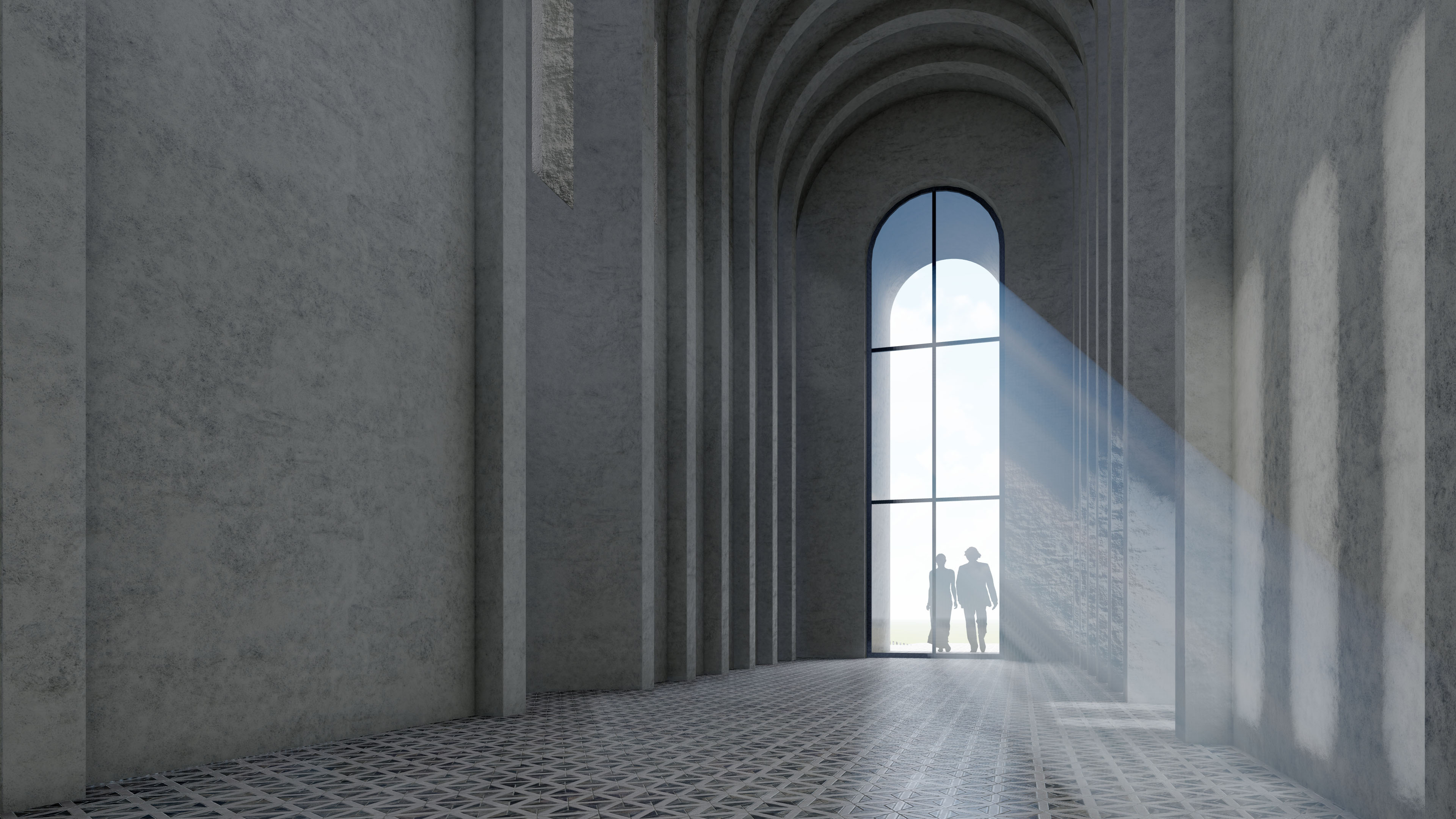 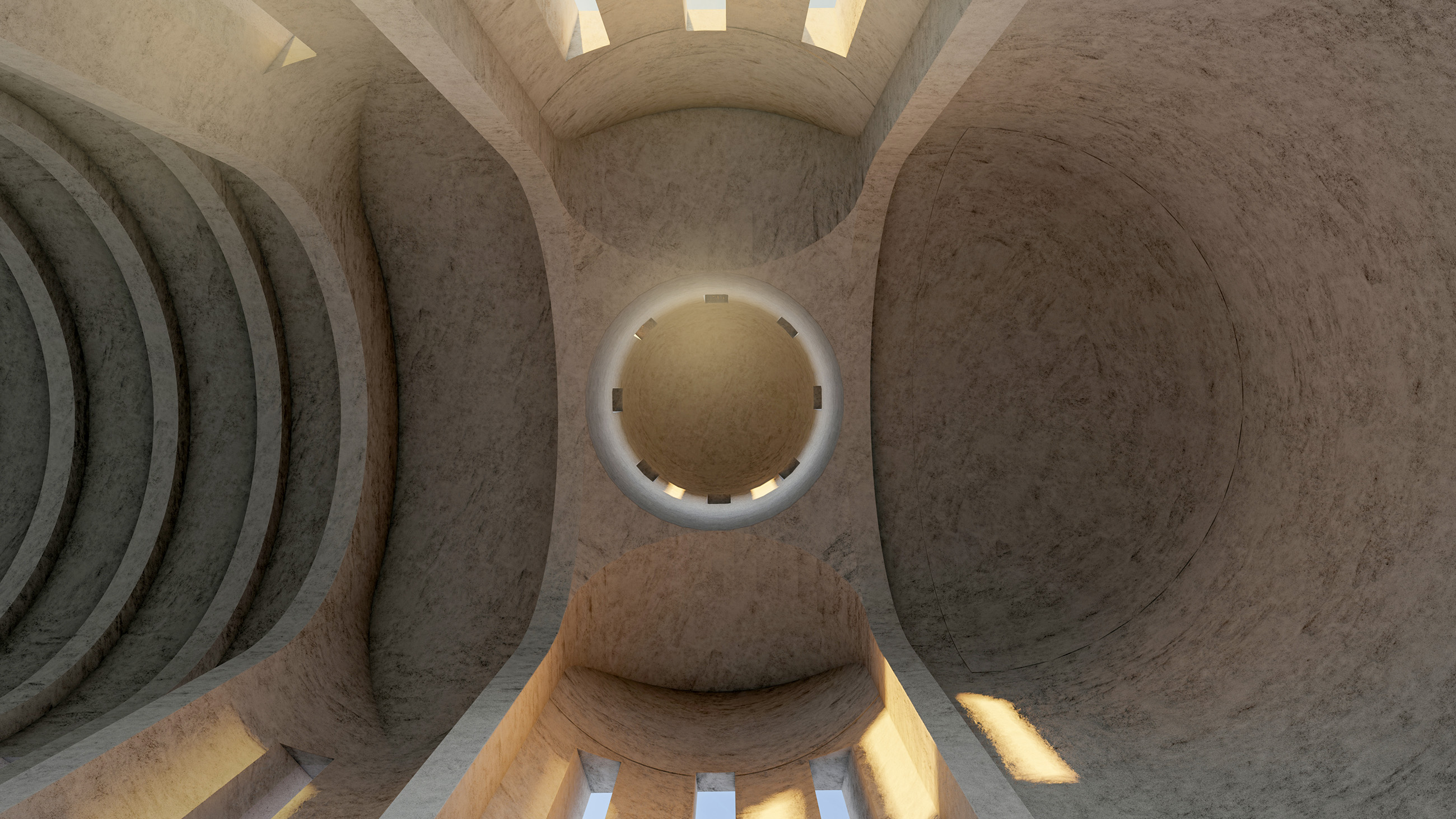 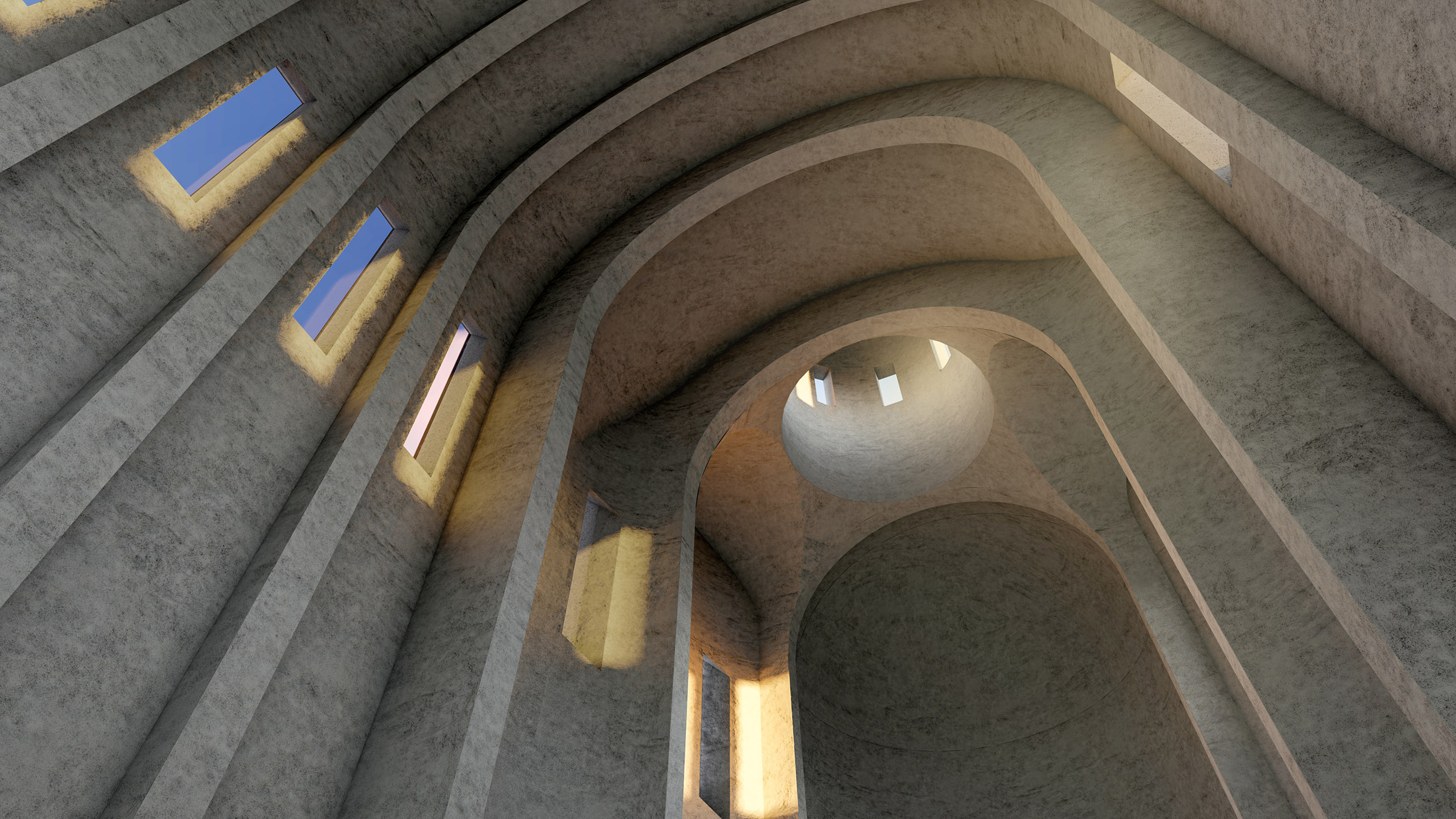 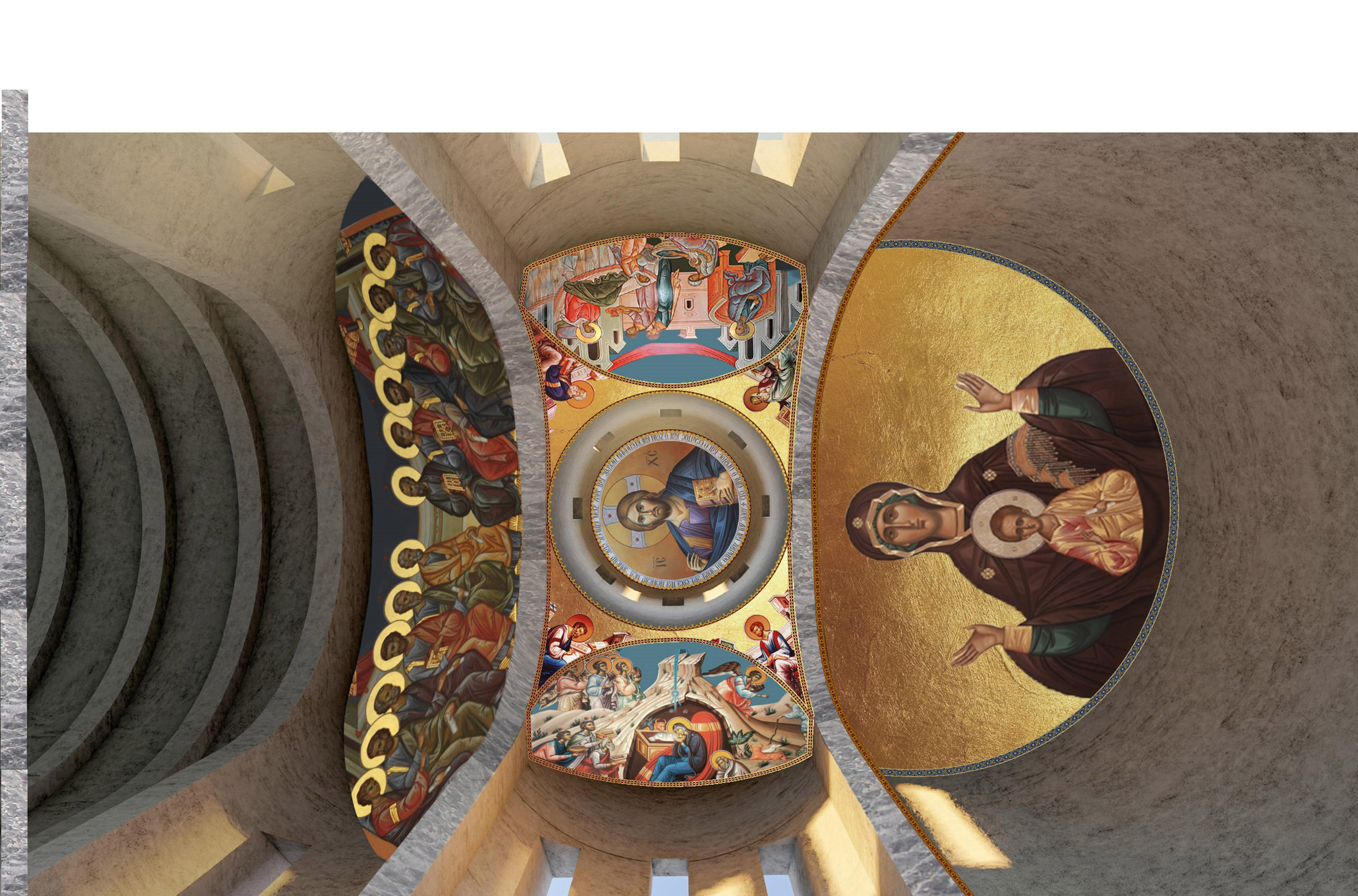 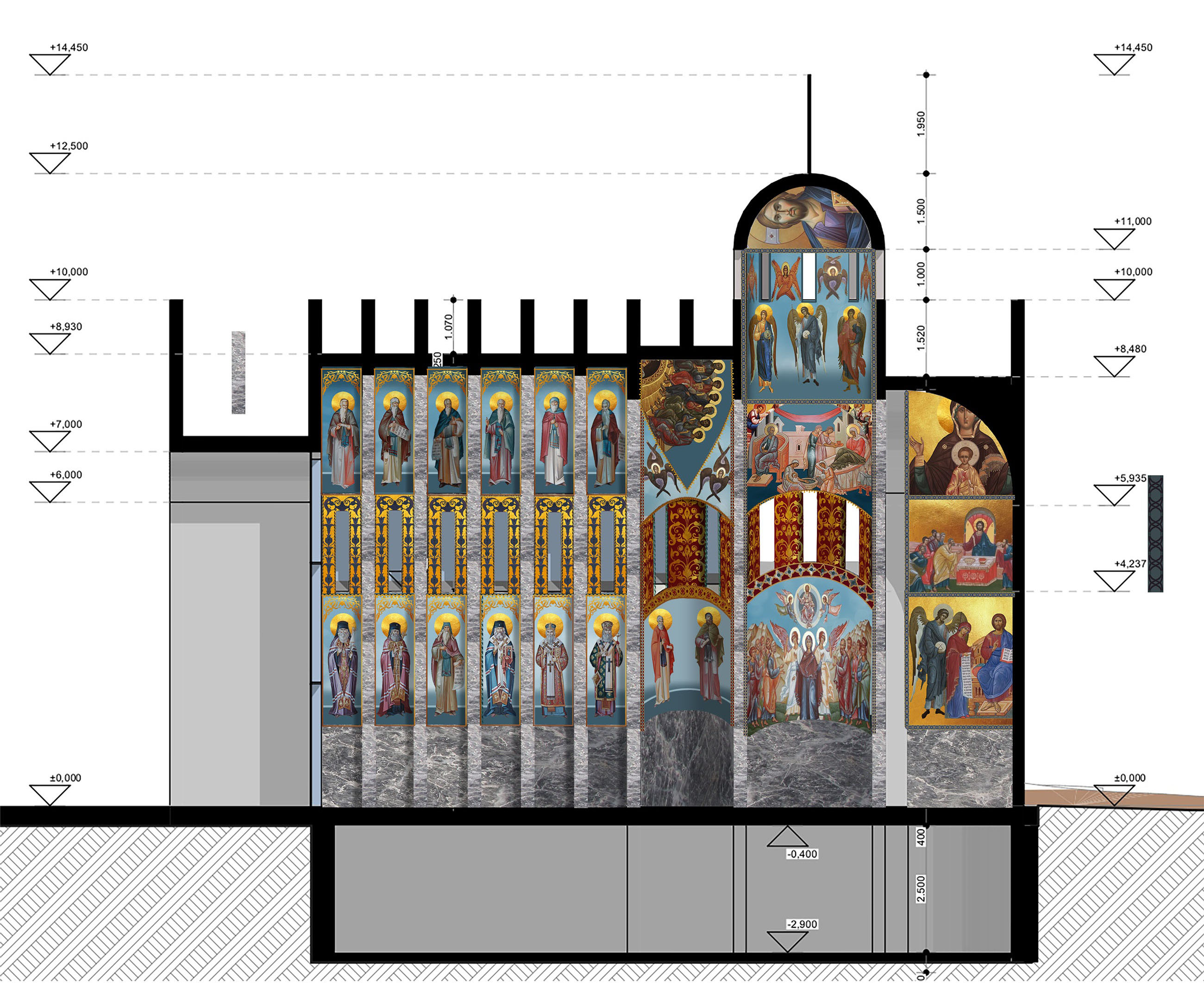 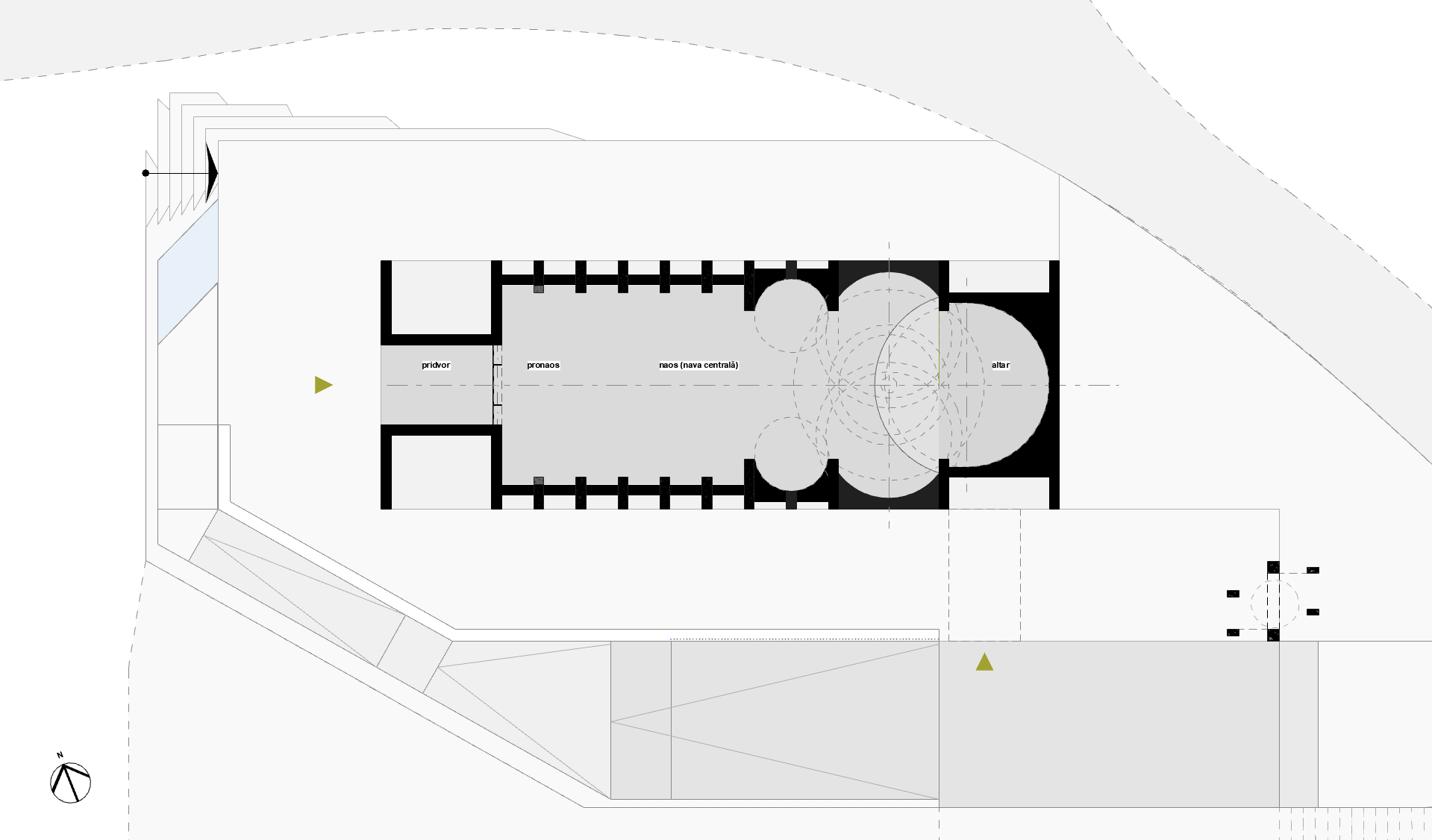