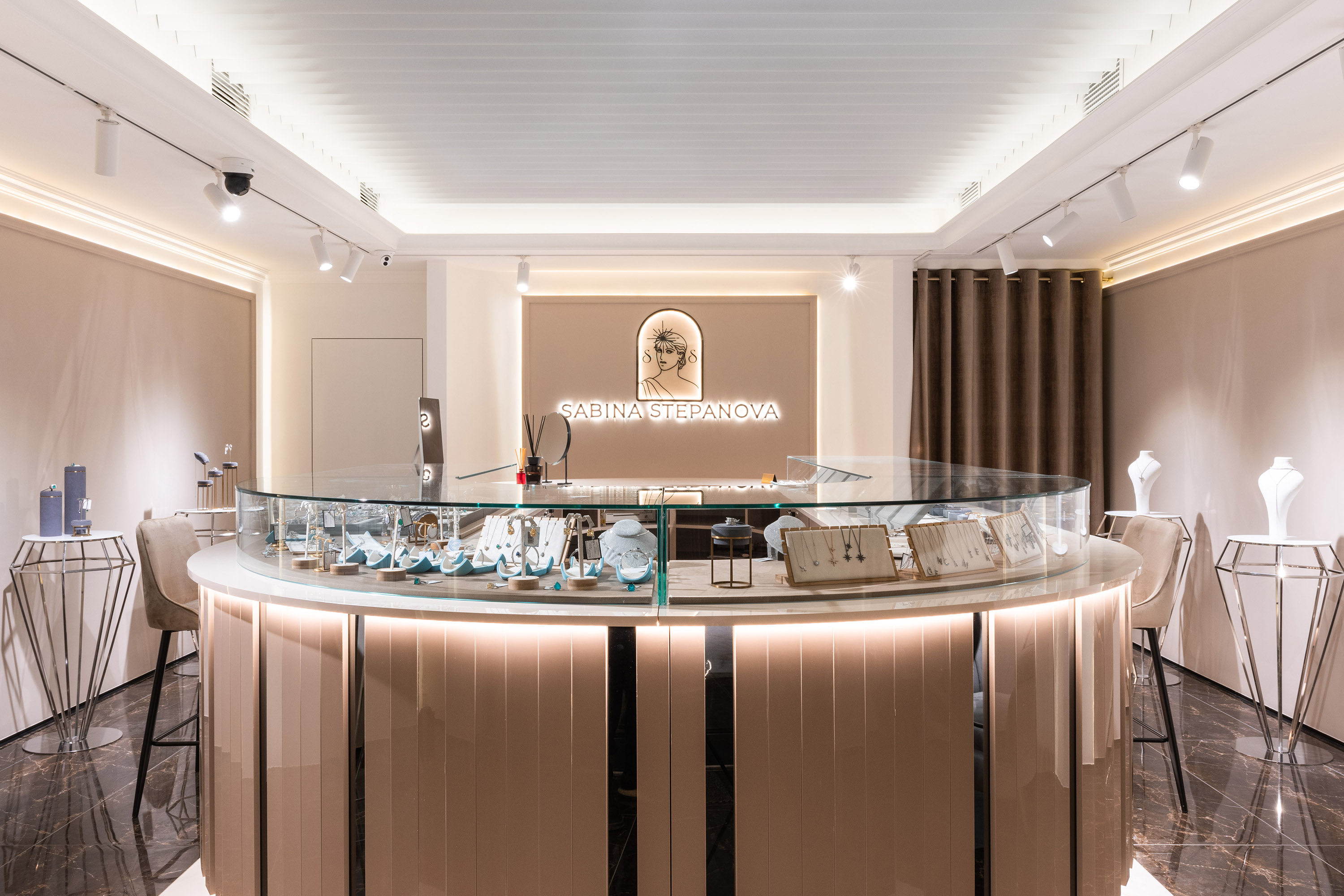 The jewellery itself emanates opulence, so it was necessary to temper it and at the same time to keep the feeling of nobility. As we had rather limited space, we aimed to make it as functional as possible. The first step in the efficient design was to anticipate the flux of visitors so as to ensure efficient zoning. We placed the basic showcase in the centre of the premise and provided exhibition stands on the perimeter to ensure the visibility of the jewellery items.

The entire interior was built around the concept of a jewellery bar, a central island that is a combination of a bar and jewellery salon, executed according to the principle of a bar counter imitating the jewellery showcase. The central element was custom made and complied with all requests of the customer. The lower part of it has a set of minimalist vertical lines with horizontal perimeter lighting. The upper part is designed as a showcase with an opening on the inside part of the island for to provide easy access for the consultants. We used exhibition elements that imitate diamonds as accent elements of the interior. We focused on the lights, so that their positioning highlights the sparkling play of the jewellery items.

To create a cosy atmosphere, we paid special attention to the colour range. We opted for pastel, warm hues. Upholstered furniture also plays an important role in this regard. Using such furniture we gave the showroom the feeling of a welcoming space, which encourages contemplation and careful selection of the jewellery items. In other words, a premise where you want to remain. 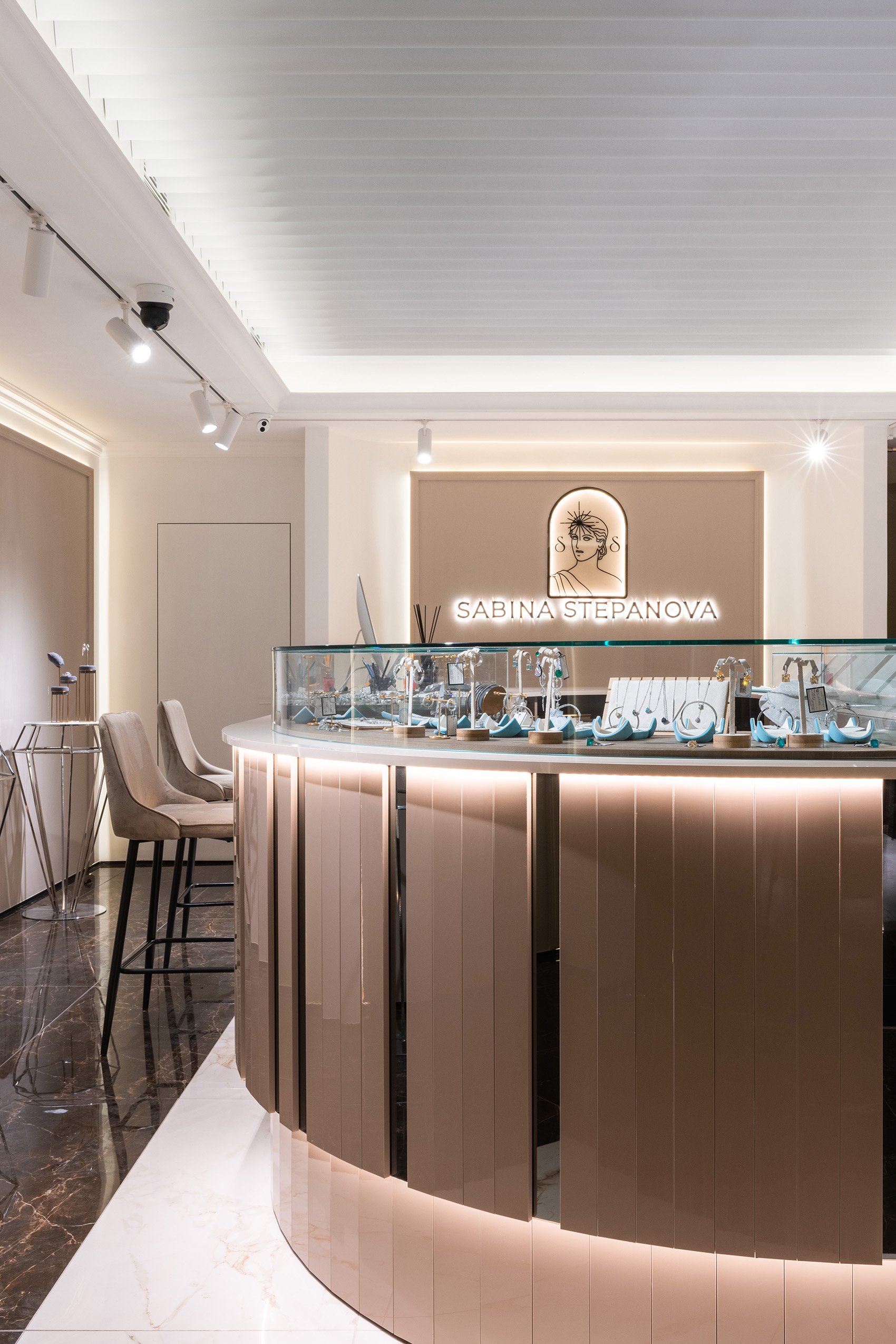 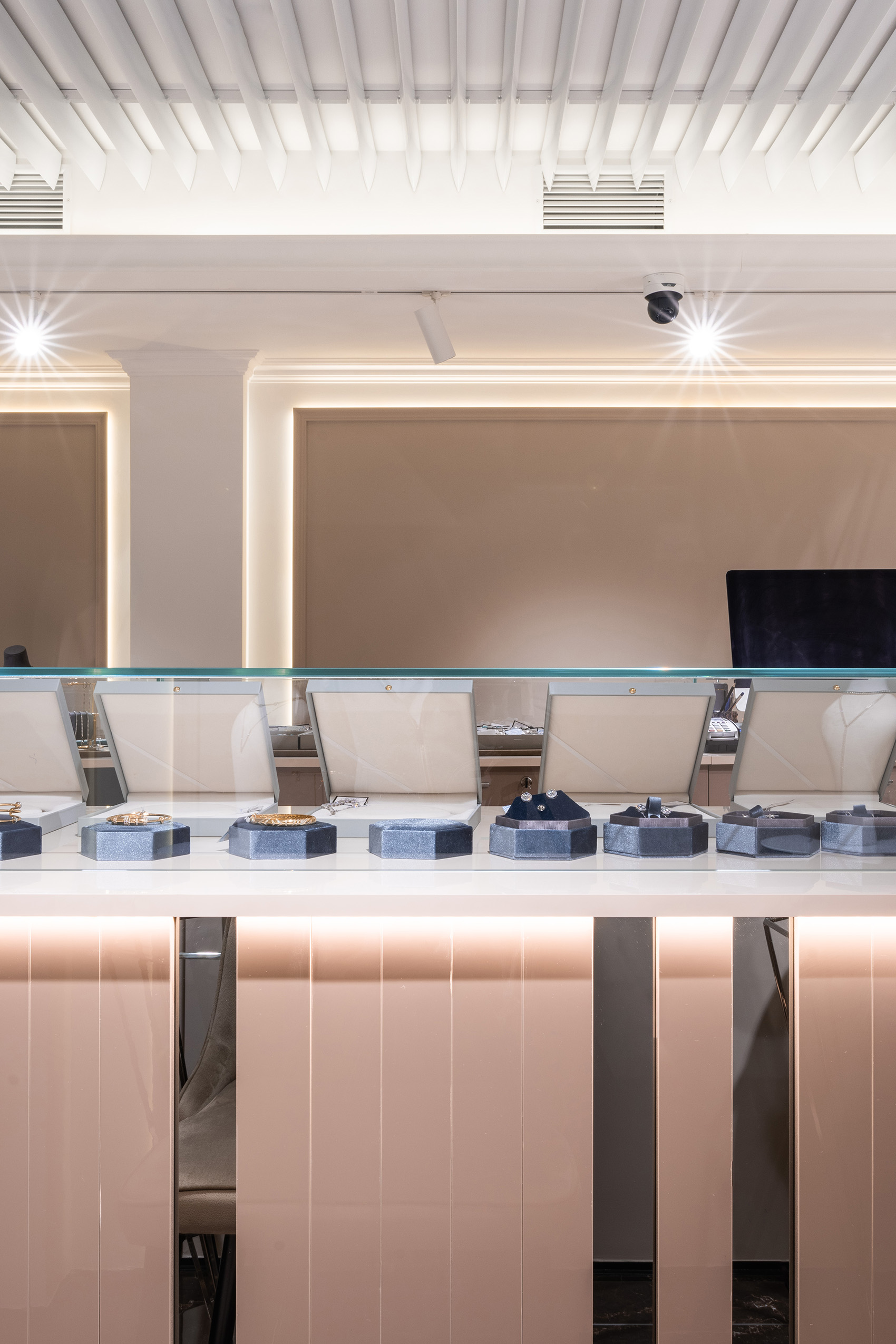 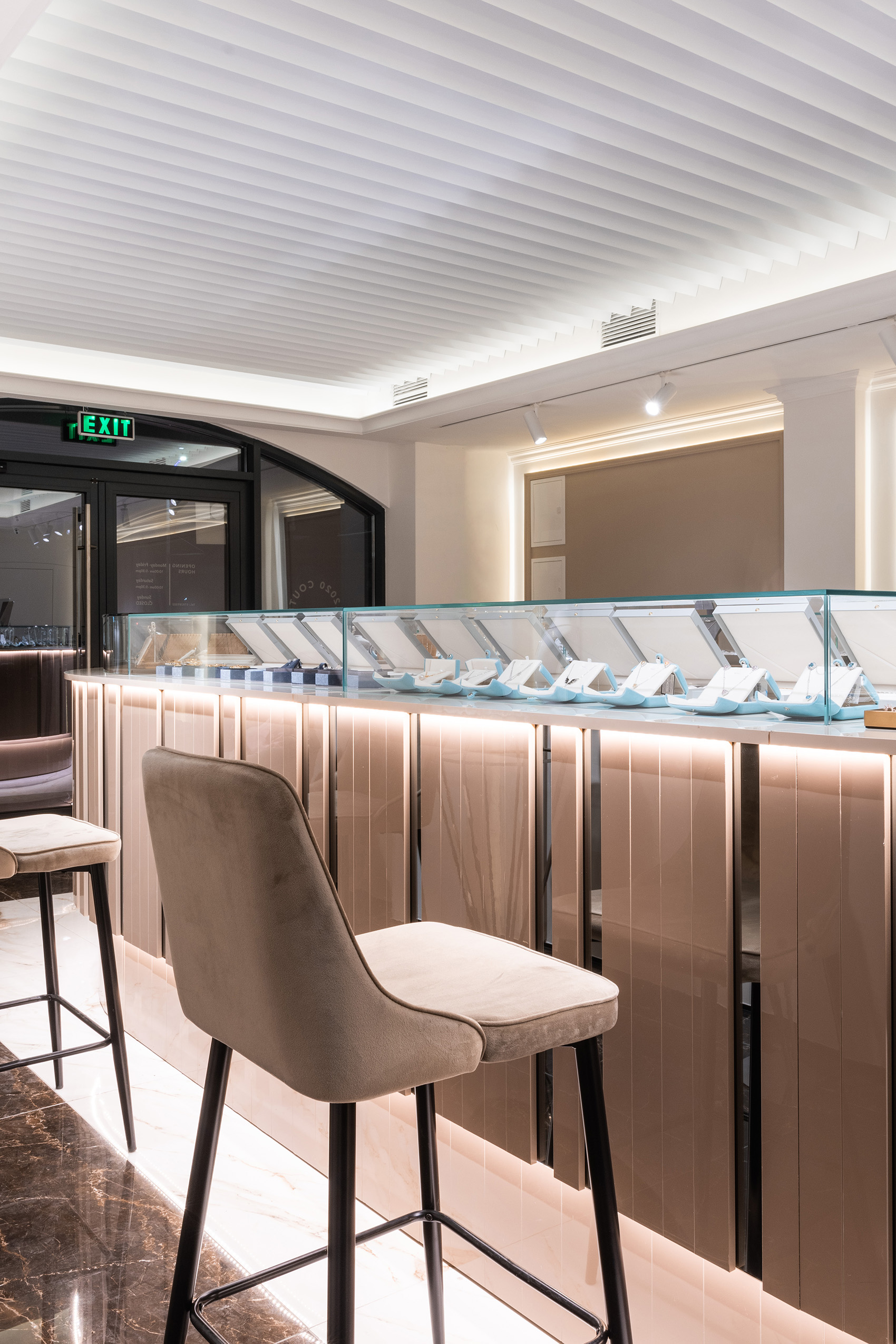 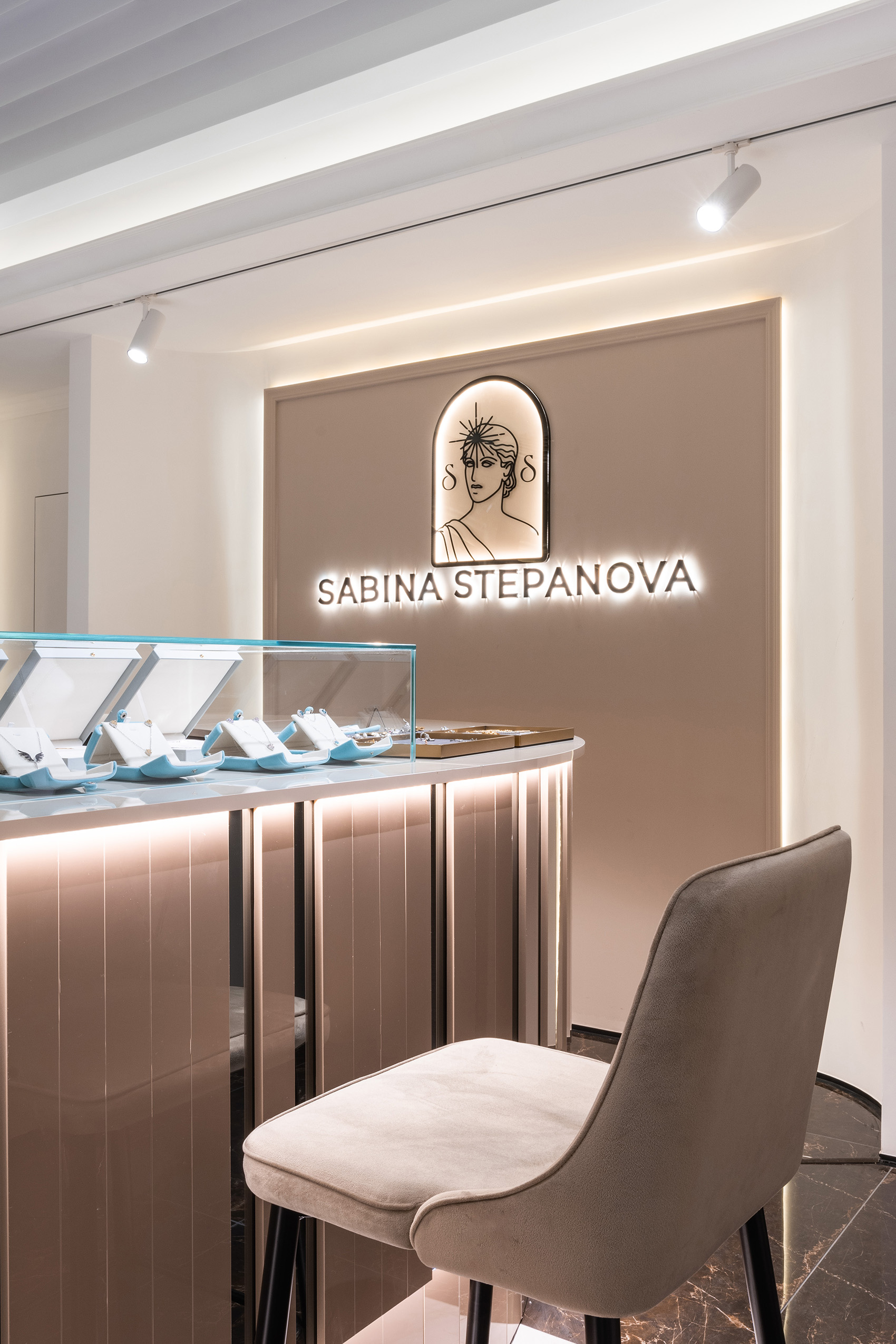 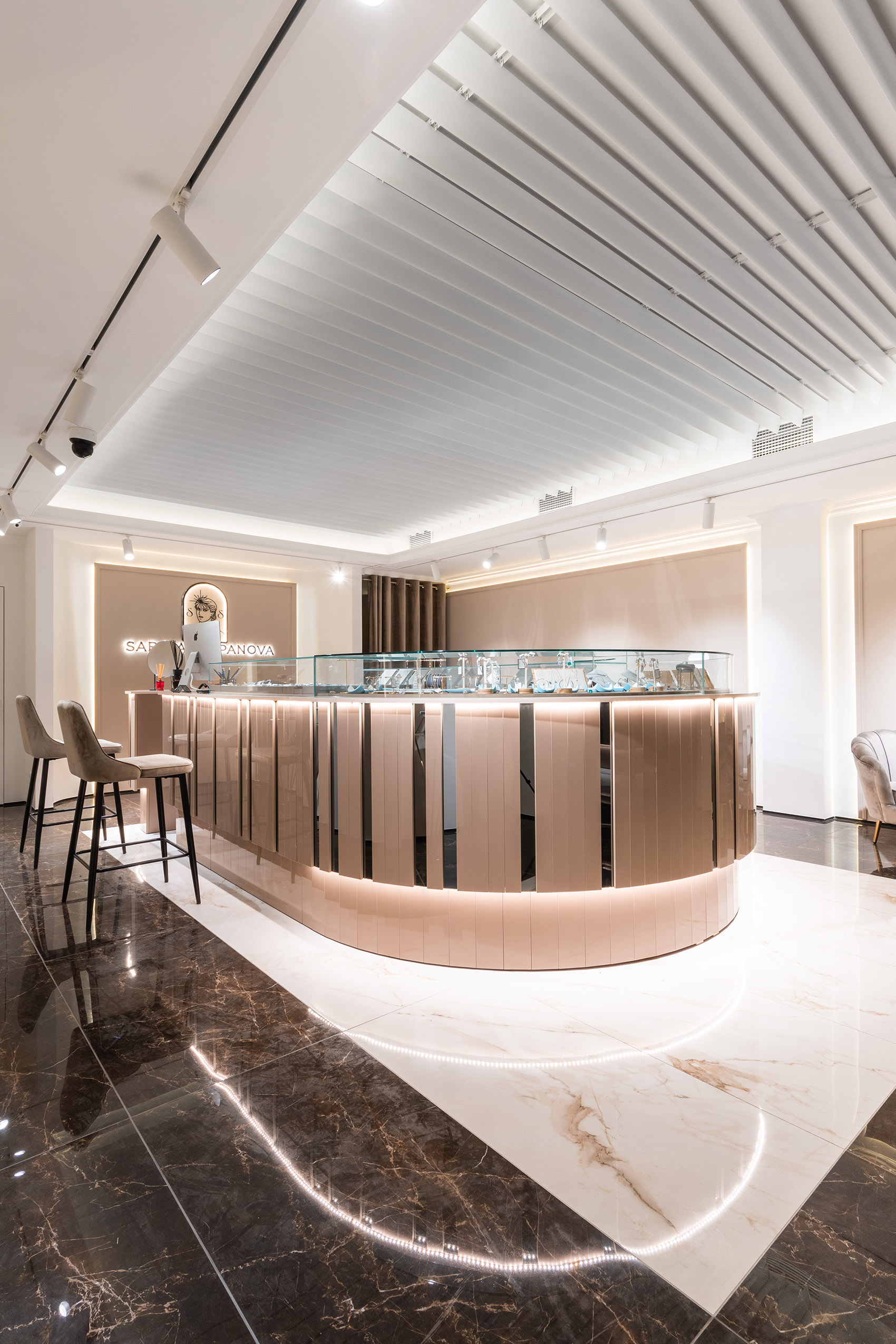 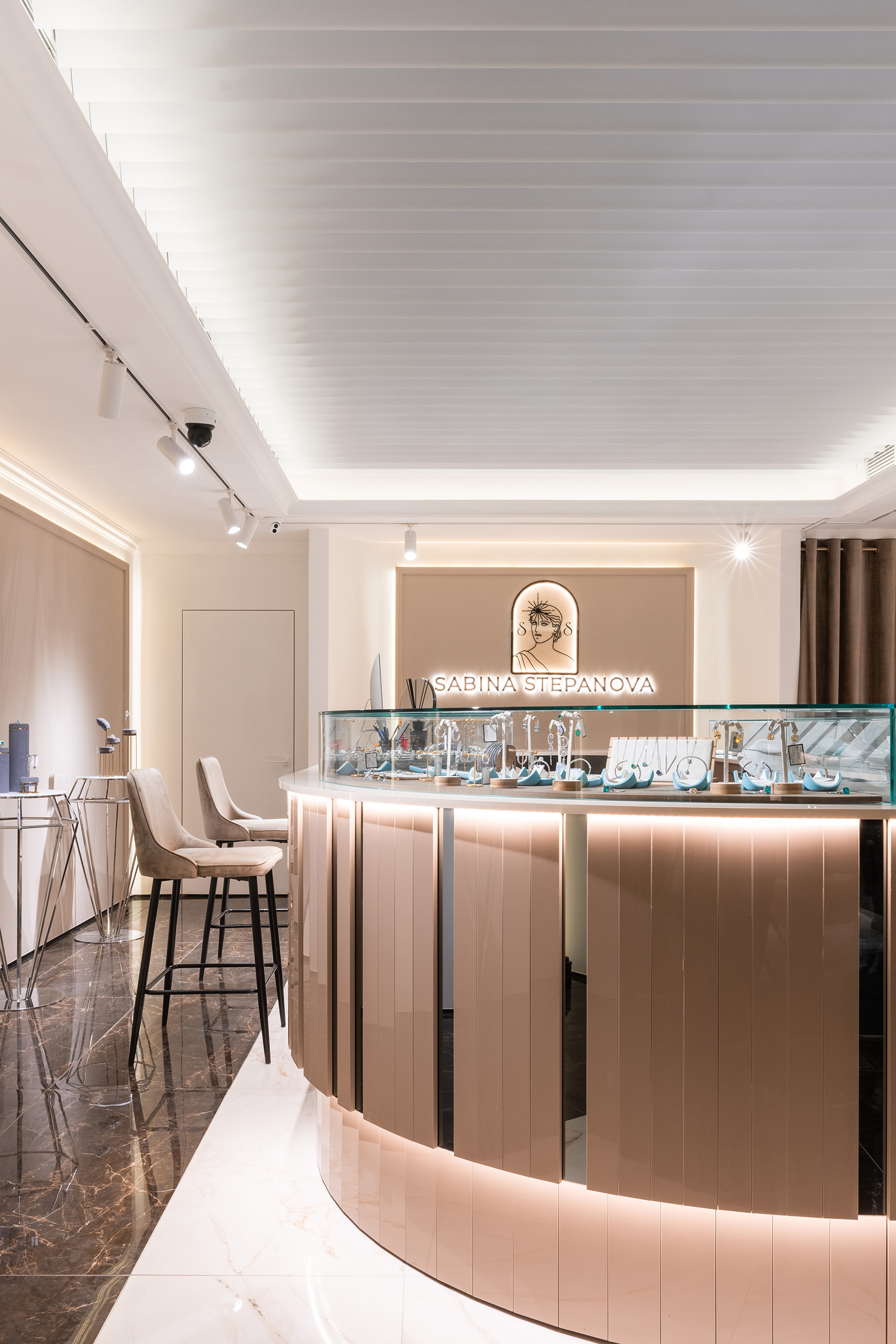 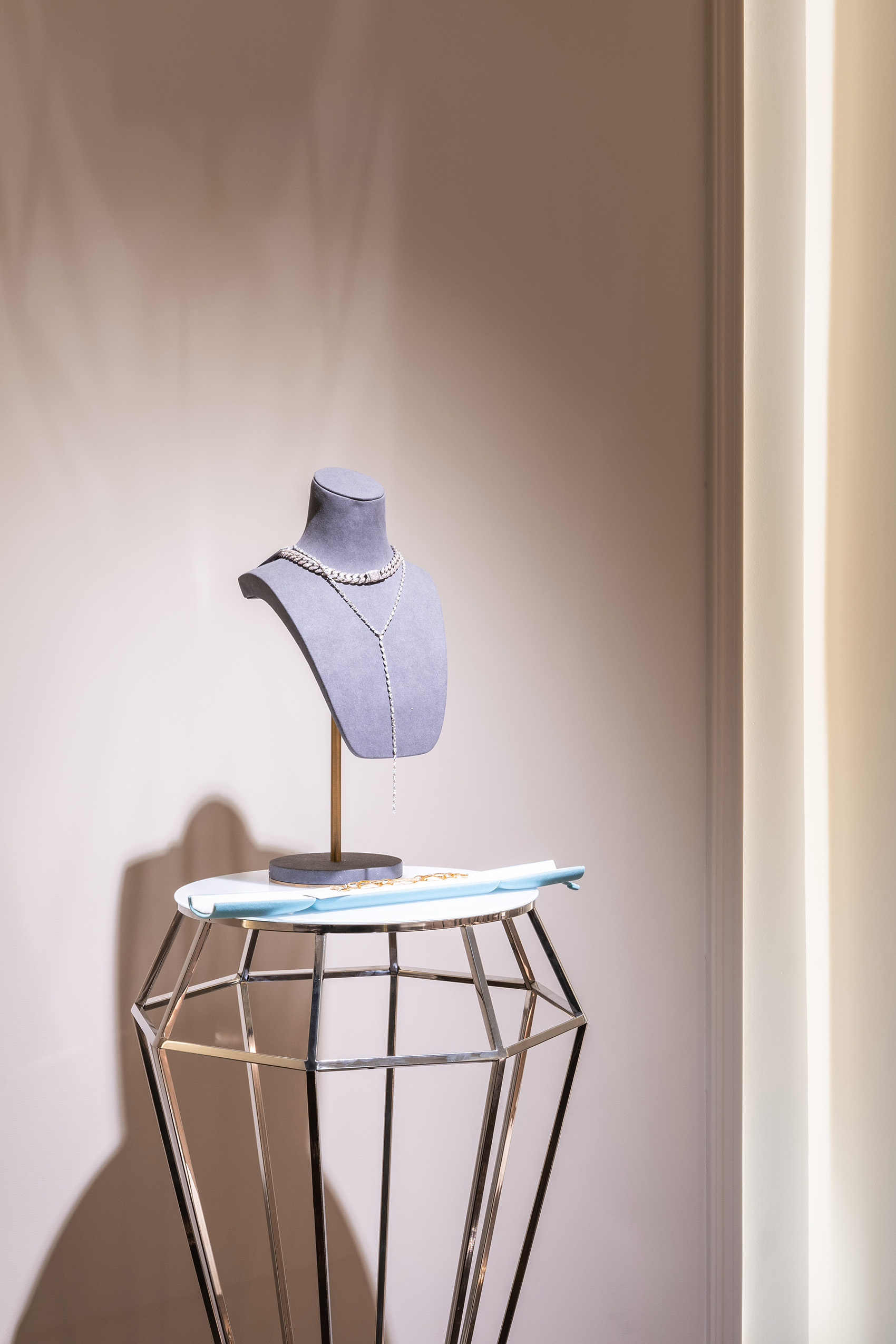 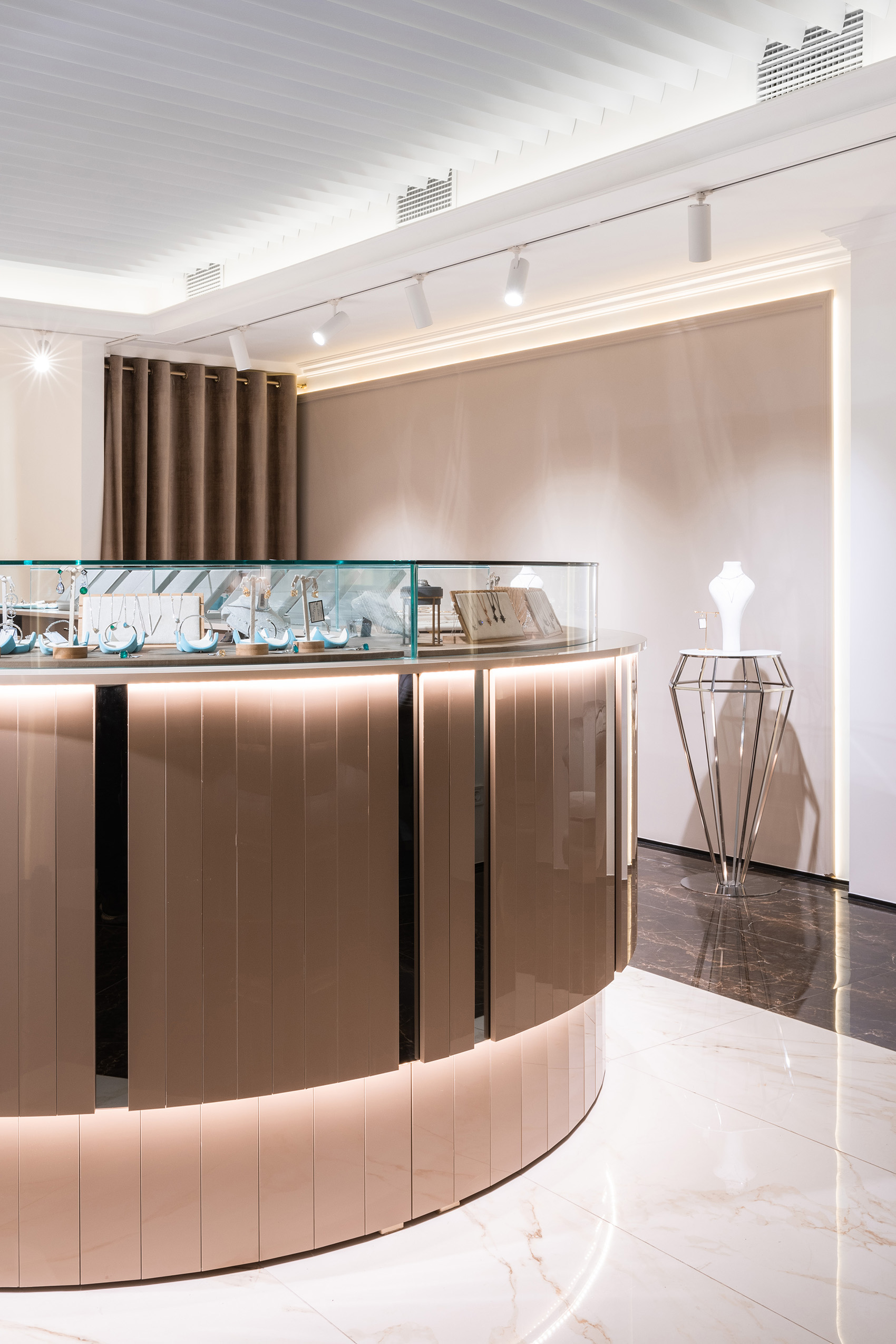 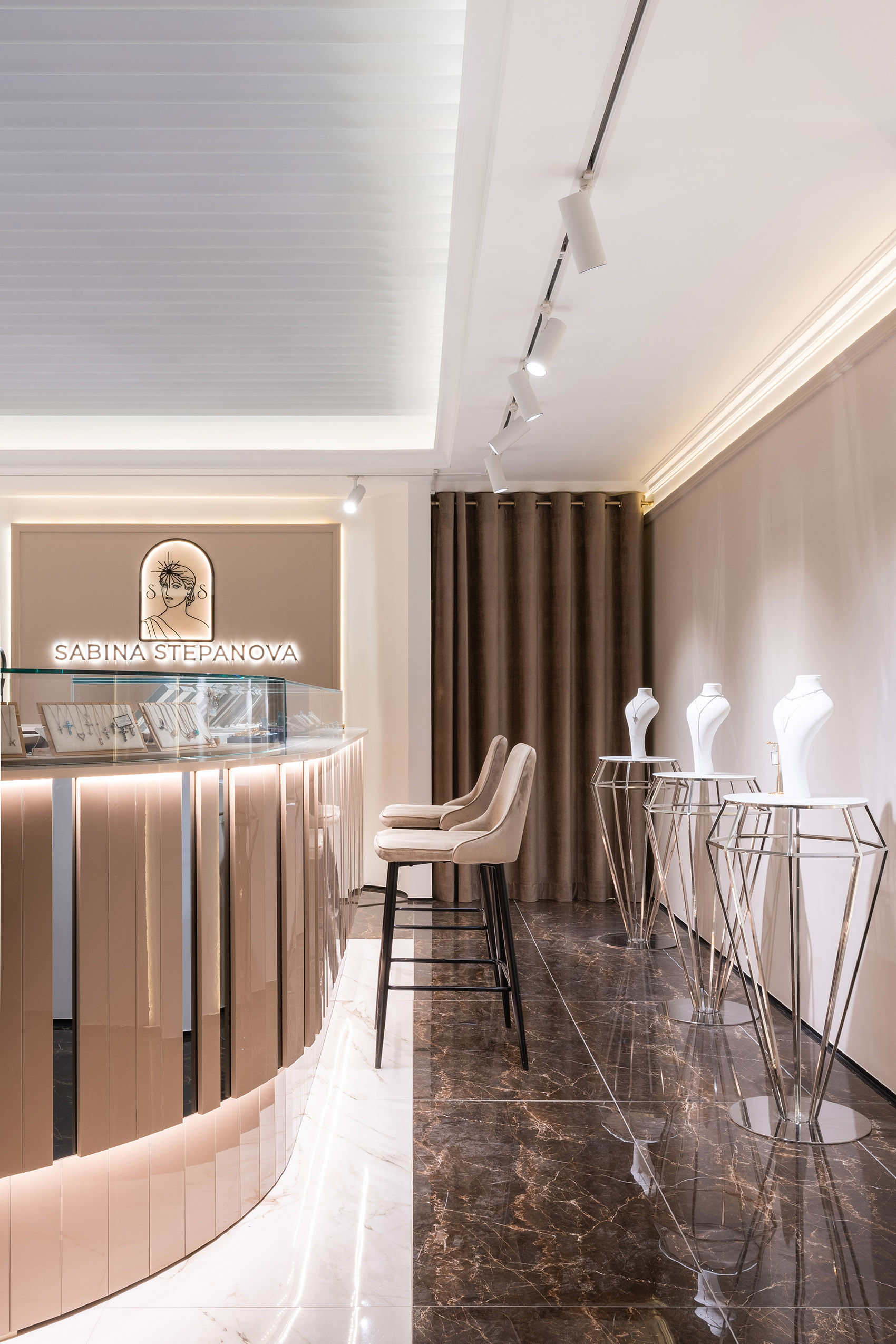 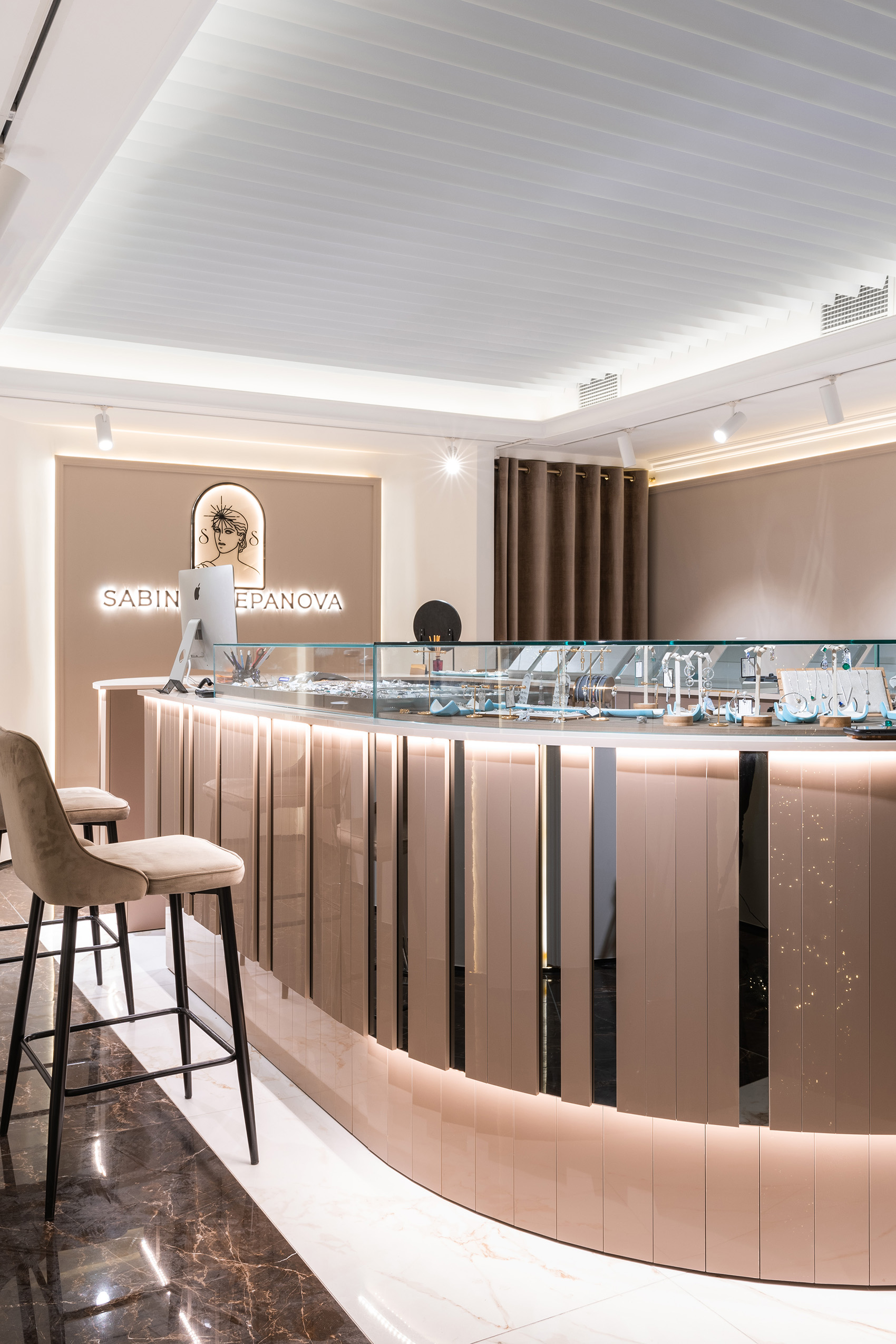