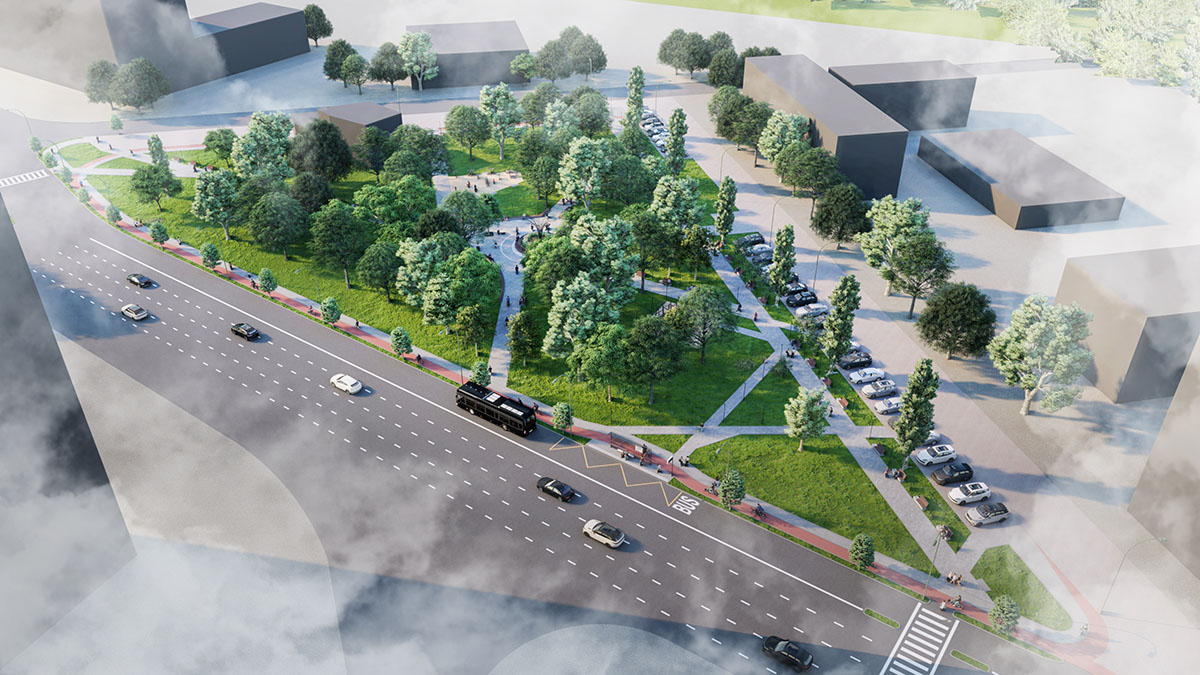 Urban planning is amazing because of the complexity of factors that you have to take into account when designing a project. In the case of the Square of Joy, the goal was to create a multifunctional public space suitable for everyone. Thus, we opted for the rehabilitation of the existing park, updating it with spaces designed for recreation. Such an area was arranged in the centre of the park and it has several functions. The circular bench installed in this space is equipped with sockets for devices. So, it becomes a point of interest and a place for having a rest. Additionally, there is a lantern in the centre of the bench, which will illuminate the area.

In order to complete the concept and create a functional space, we planned a playground for children at the place where it had been located earlier. At the same time, in addition to the paths provided by the initial project, we added a few more, formed by the usual pathway of pedestrians.

One of the new elements introduced into the project is the bicycle track. It is not limited to the perimeter of the park, but should be integrated into the urban network, thus becoming a link between this space and sustainable urban development. 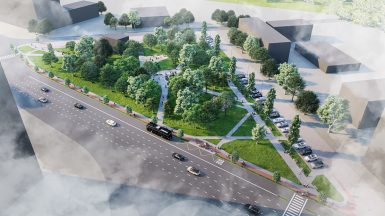 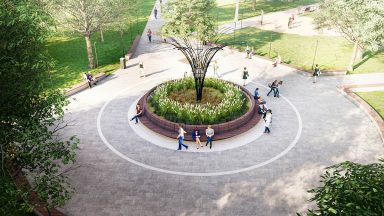 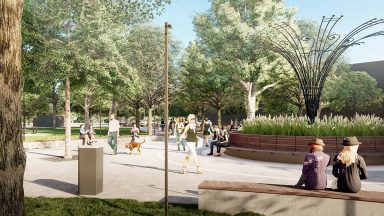 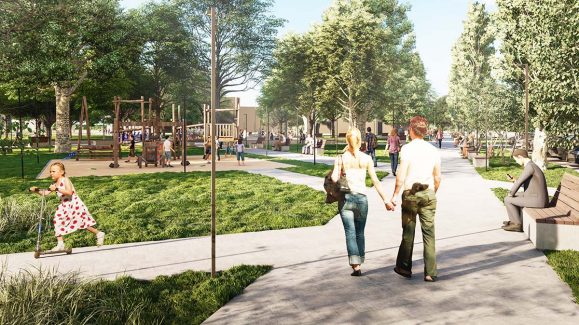 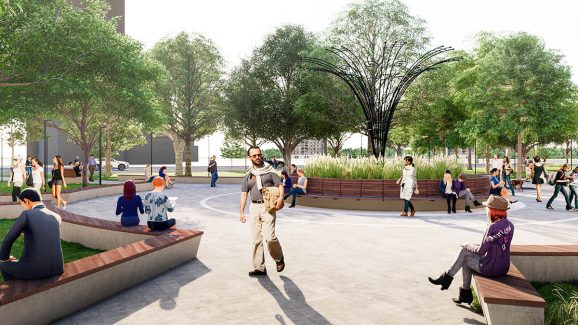 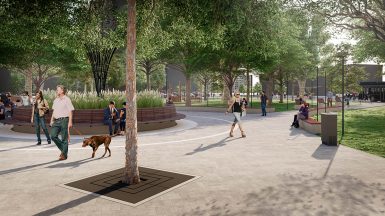 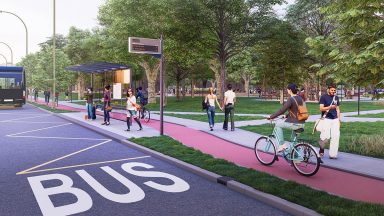 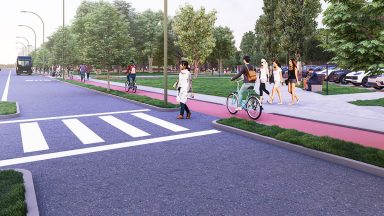