HOUSE IN THE HISTORIC CENTER OF BUCHAREST: INTERIOR DESIGN 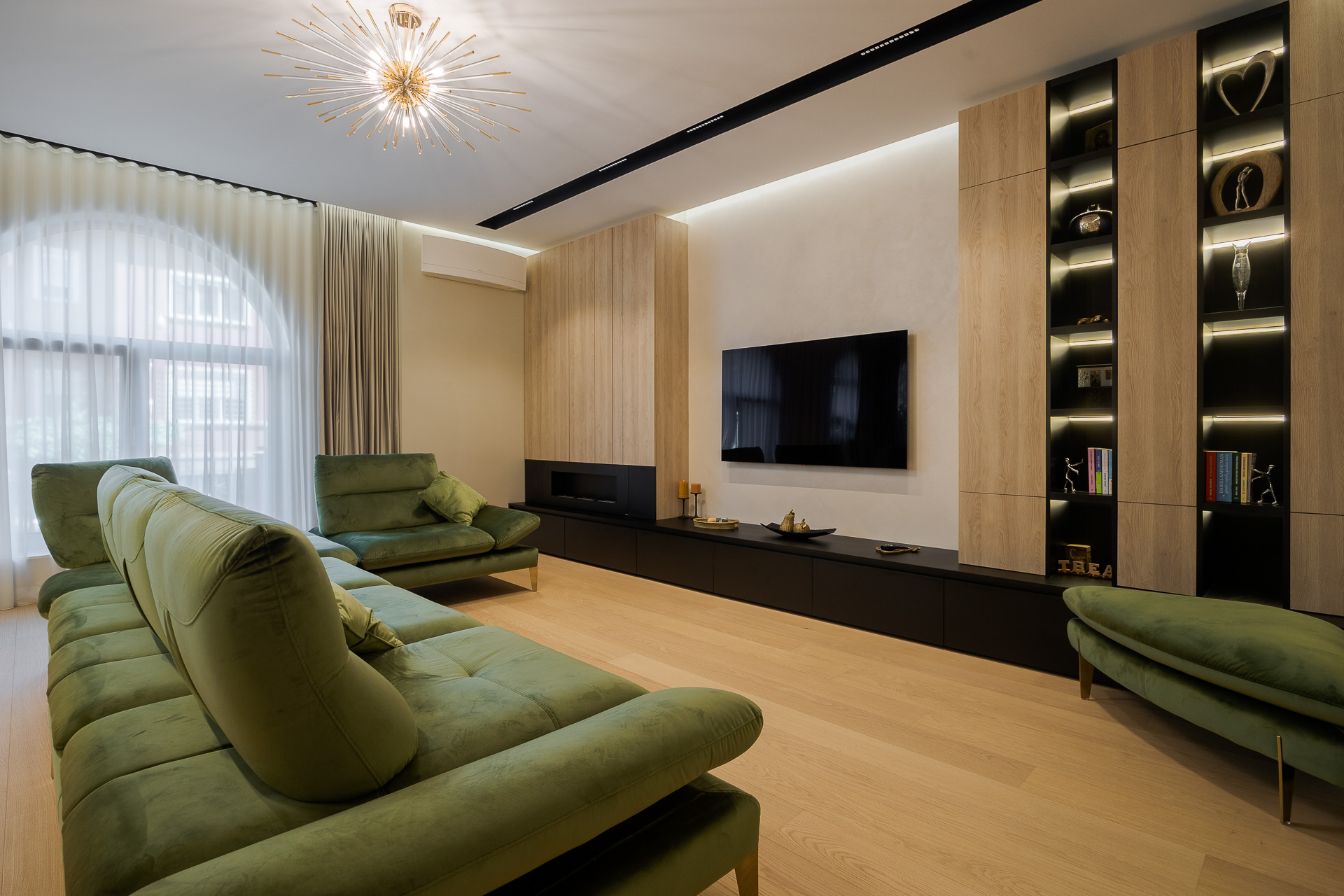 This is an interior, the arrangement of which we partially completed by designing the key areas of the house and manufacturing a number of pieces of furniture. We took into account the specificity of the building, HOUSE IN BUCHAREST, whose façade was also reinterpreted by AB + Partners.

When designing the living room and dining room, we were guided by the principle of accuracy. Although the lines of the façade were strongly influenced by the historical context, inside we did not stick to the classical direction. We have simplified and modernized the lines, relying on convenience. We created the arrangement in light hues and gave it a natural look. We used the warm texture of the wood on the floor, as well as the plywood in the living room. In addition to the generous sofa having the hue of noble green, we created a library area in which we placed armchairs and accents of the same colour. We paid great attention to lighting. Due to the use of LEDs, we emphasized the geometric play along the perimeter and also that of the furniture. The interior window, which faces from the living room towards the staircase, maintains the feeling of ephemerality of the premise.
In the dining room we also opted for simple shapes. We ennobled the premise by the wooden table top and the massive lighting fixture that balances the upper part of the room. And in this area we have integrated LEDs in the furniture, being the elements that support the brightness of the project.

Wood and pastel hues also dominate the staircase. Here we used a wooden railing, which gives ephemerality to the area, but also lighting in the lower part of the steps that creates the illusion of a flight.

The stylistic line and the atmosphere of the day area easily migrate upstairs, where the matrimonial bedroom overflows with tenderness. Powdered colours and plenty of light are combined with functionality. We created several areas so that this premise will not be intended only for sleeping, but also represent an oasis of relaxation. 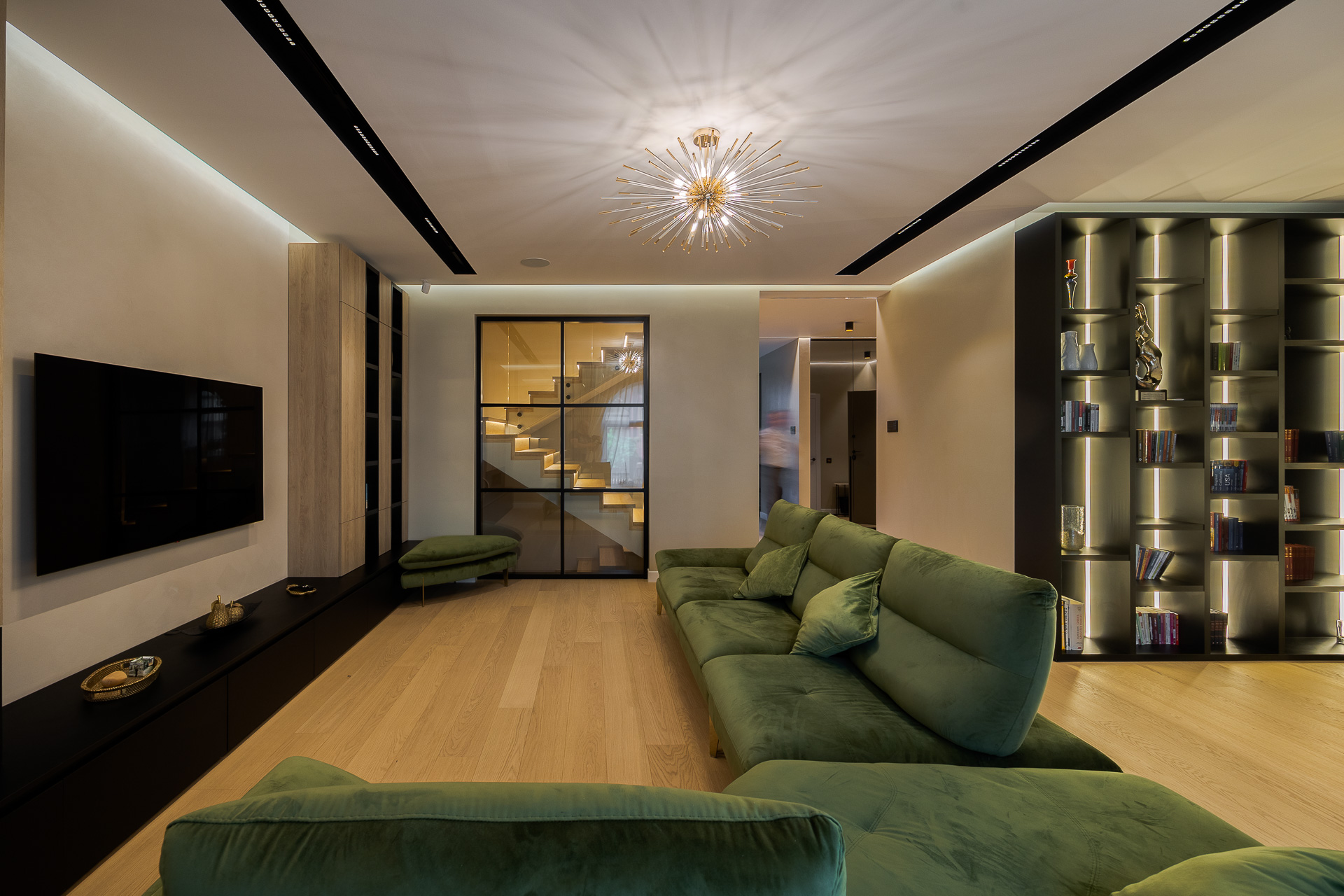 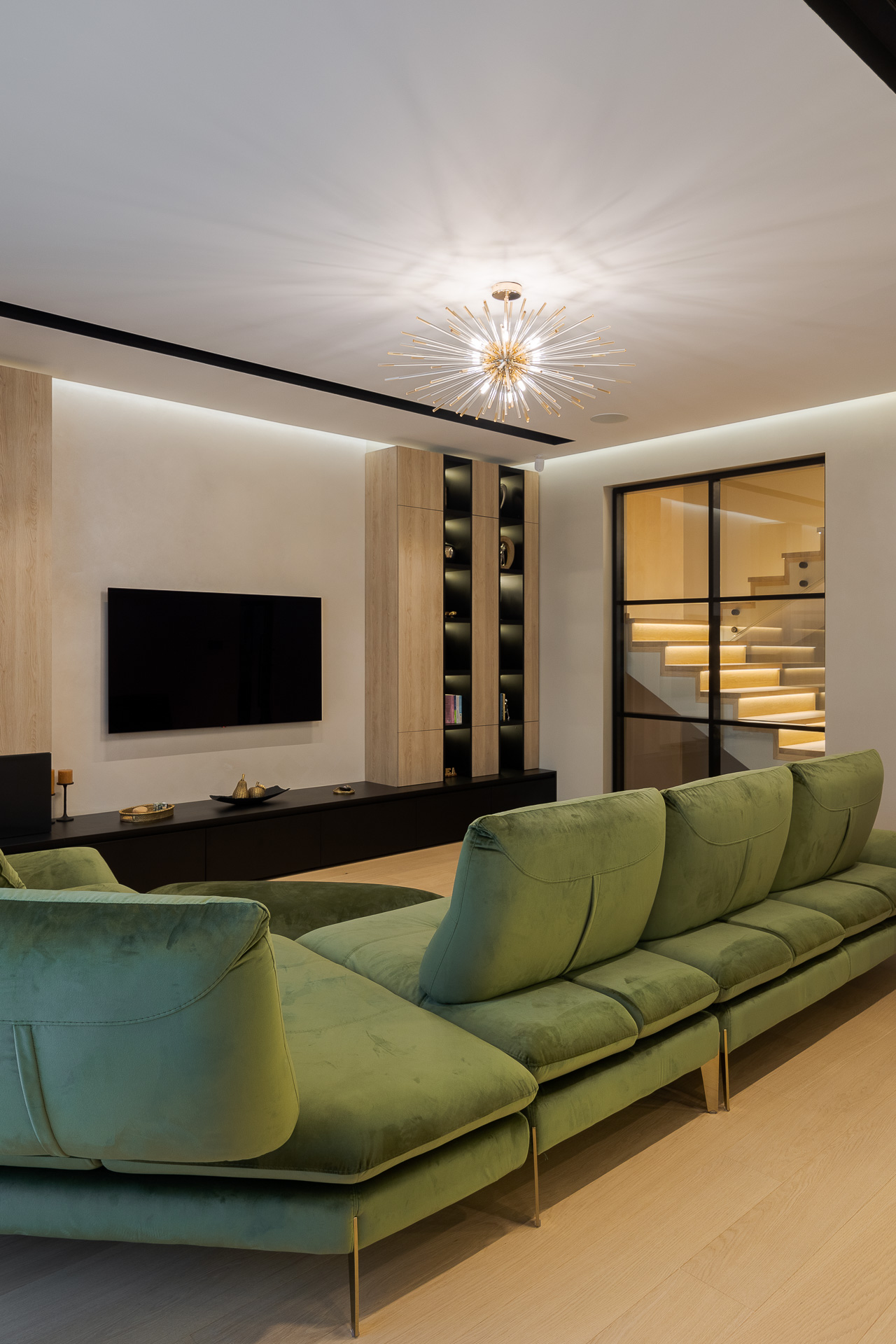 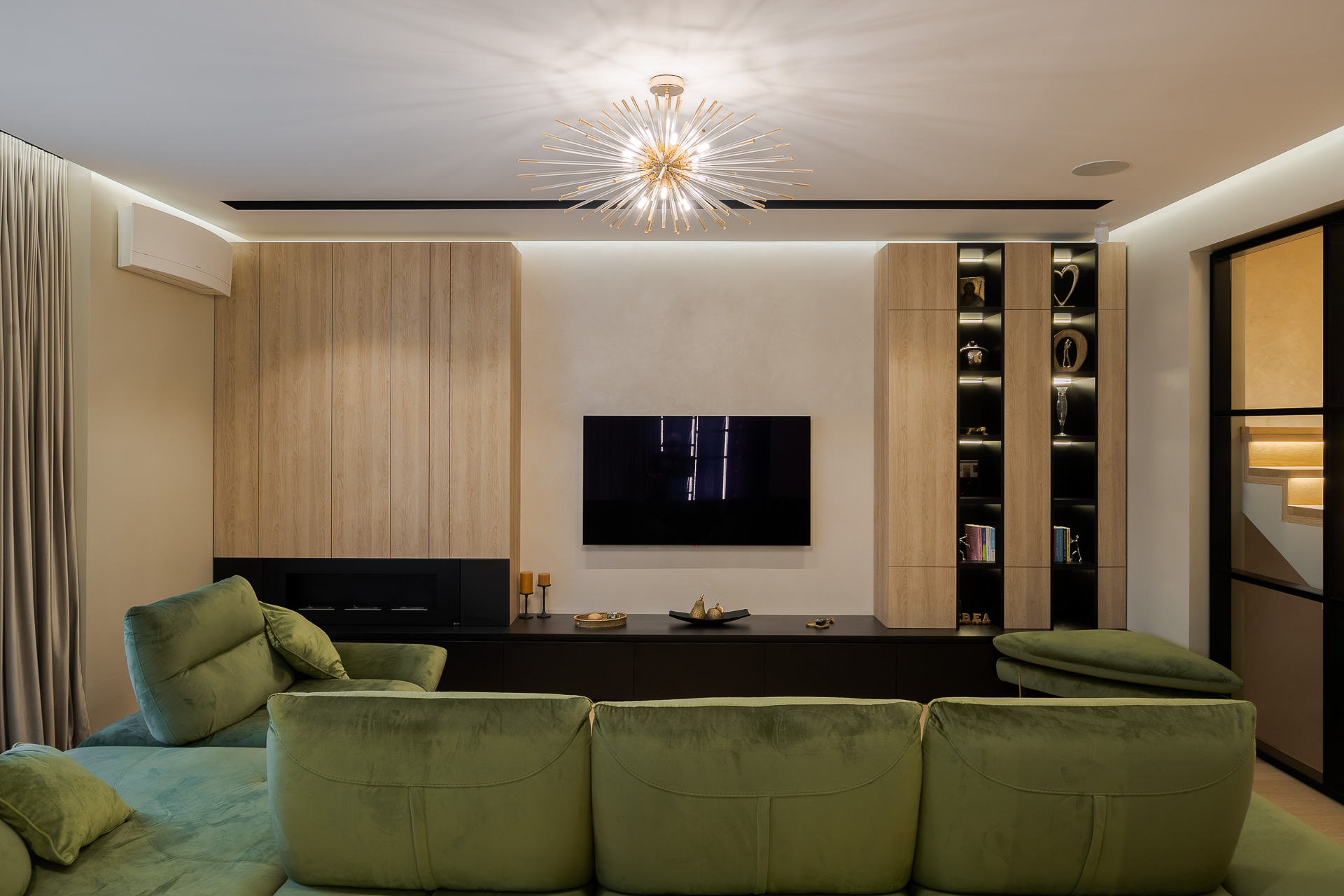 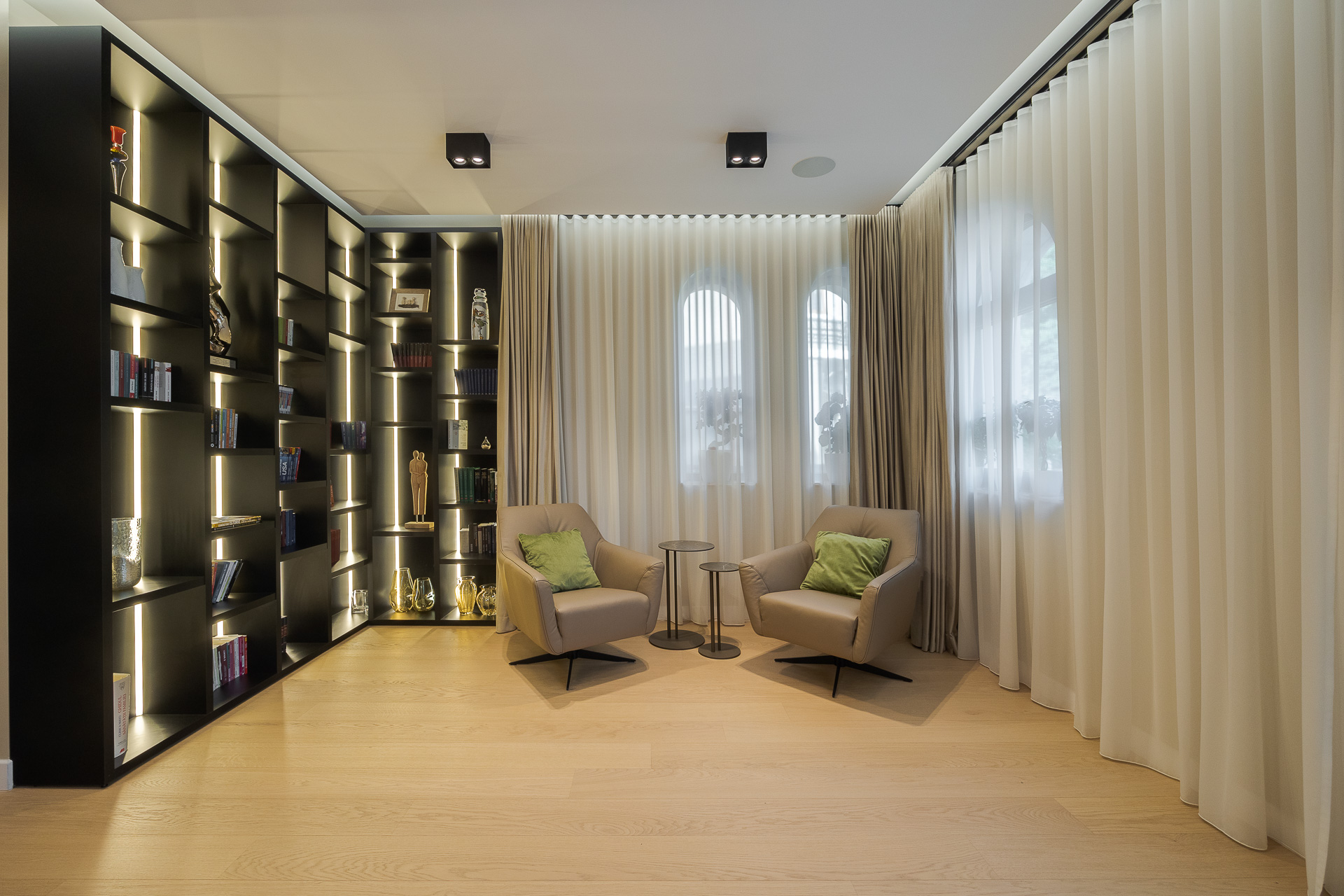 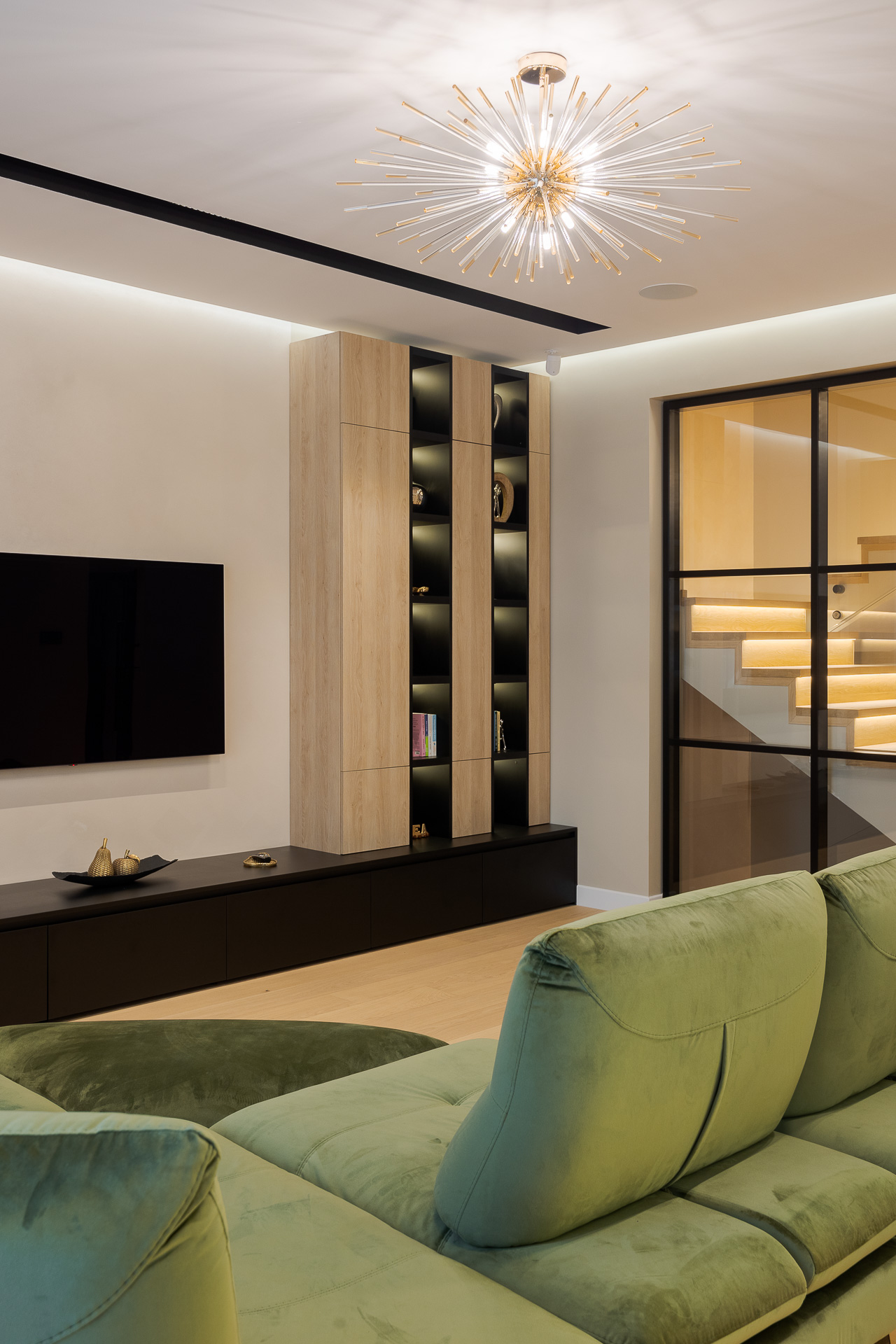 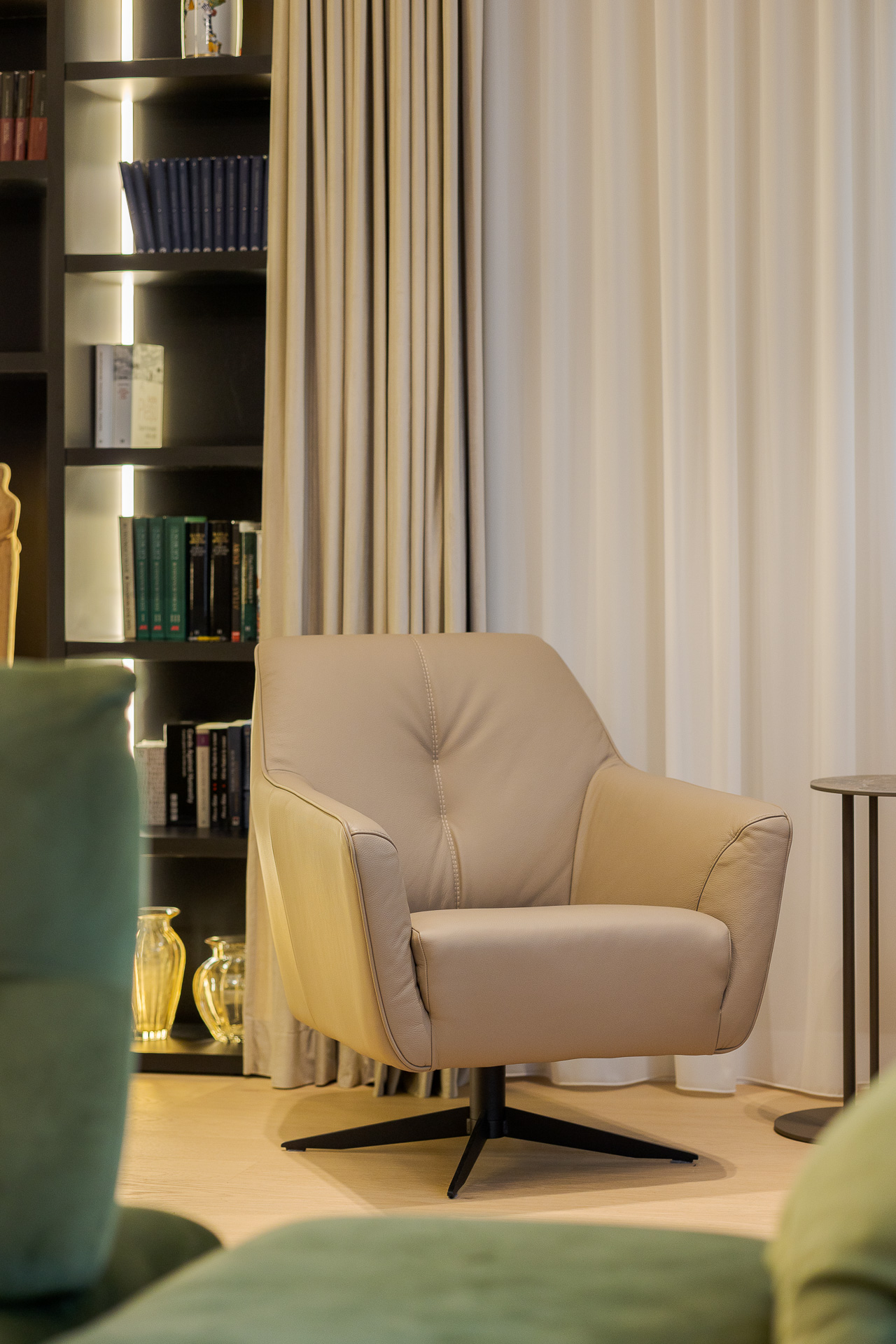 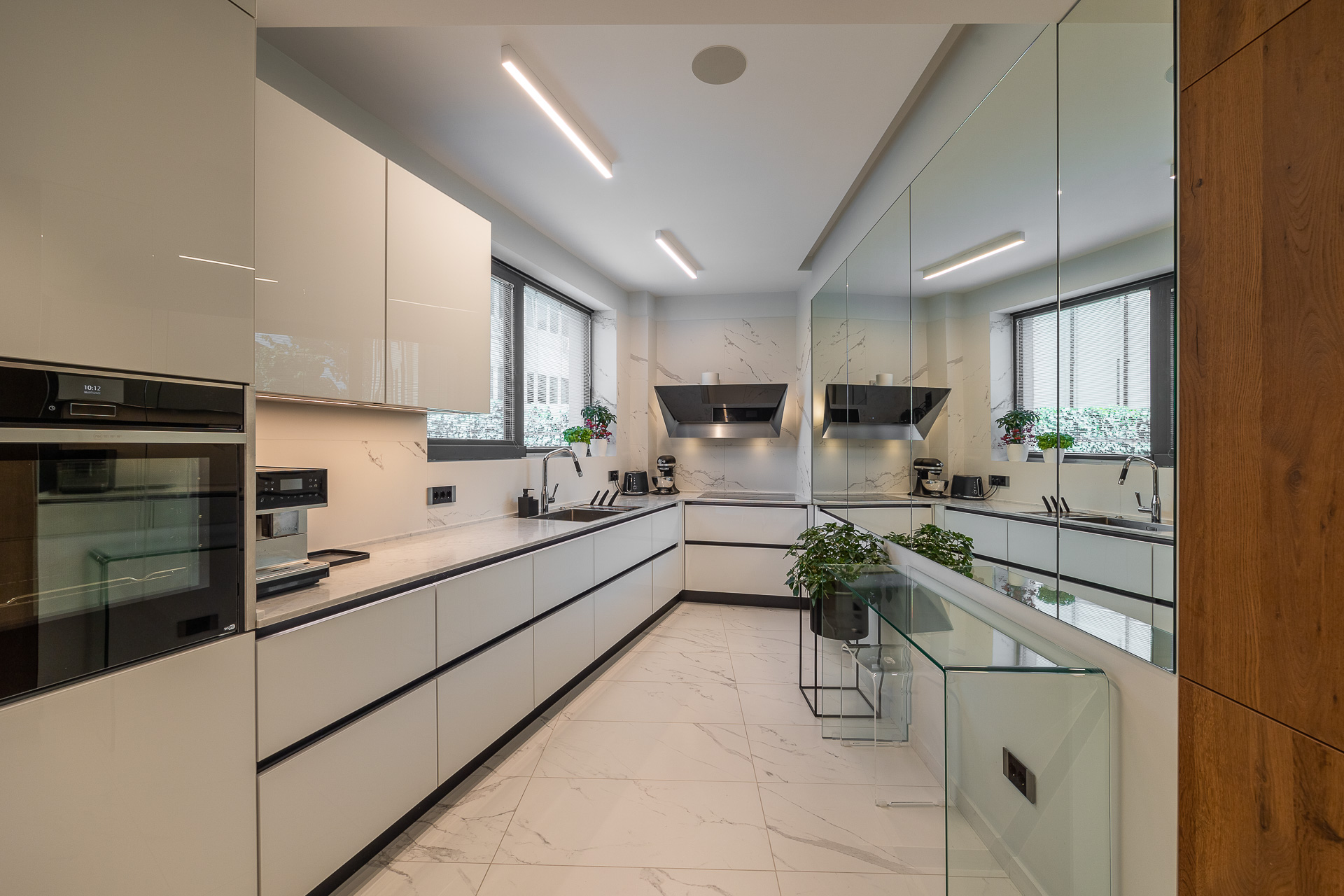 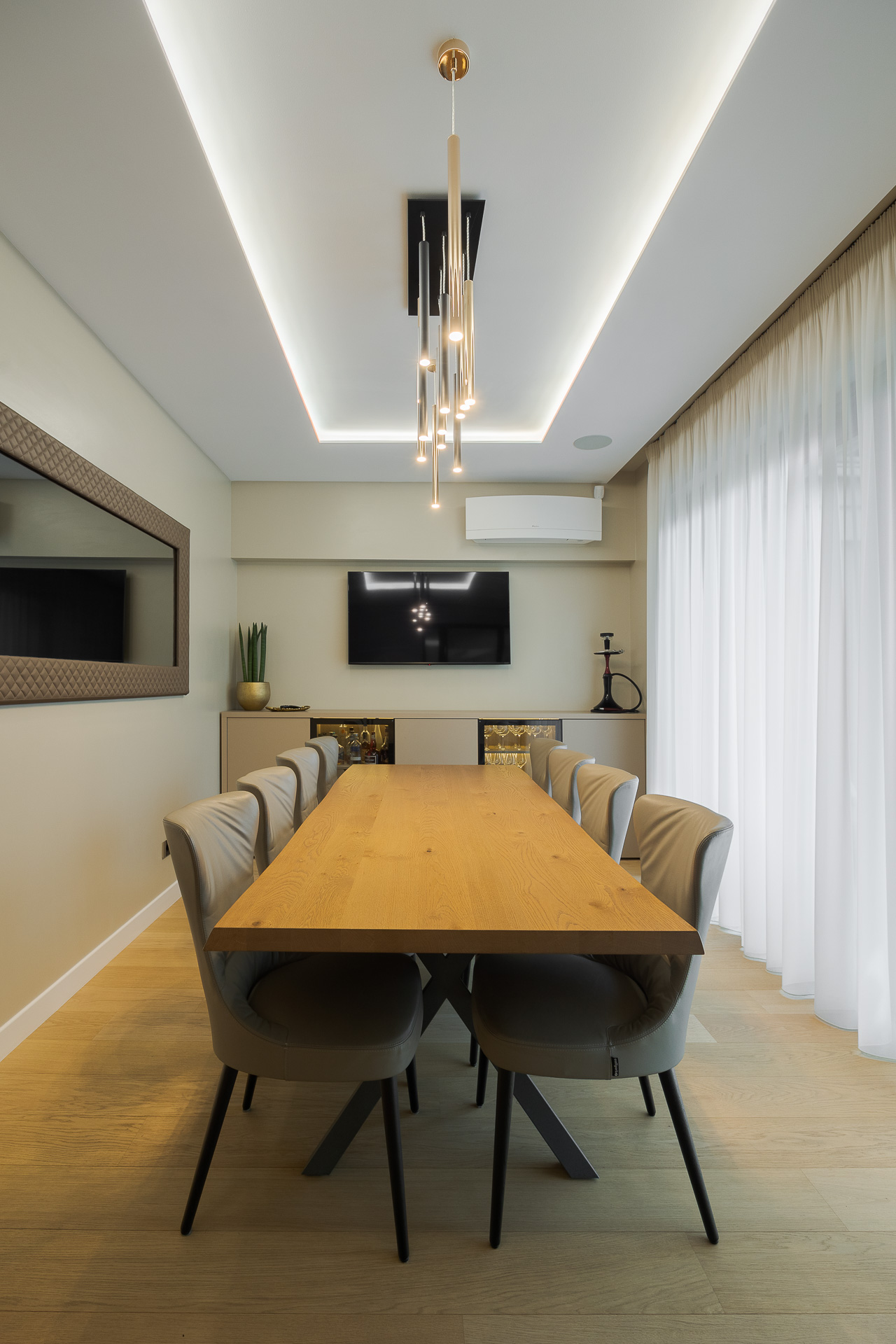 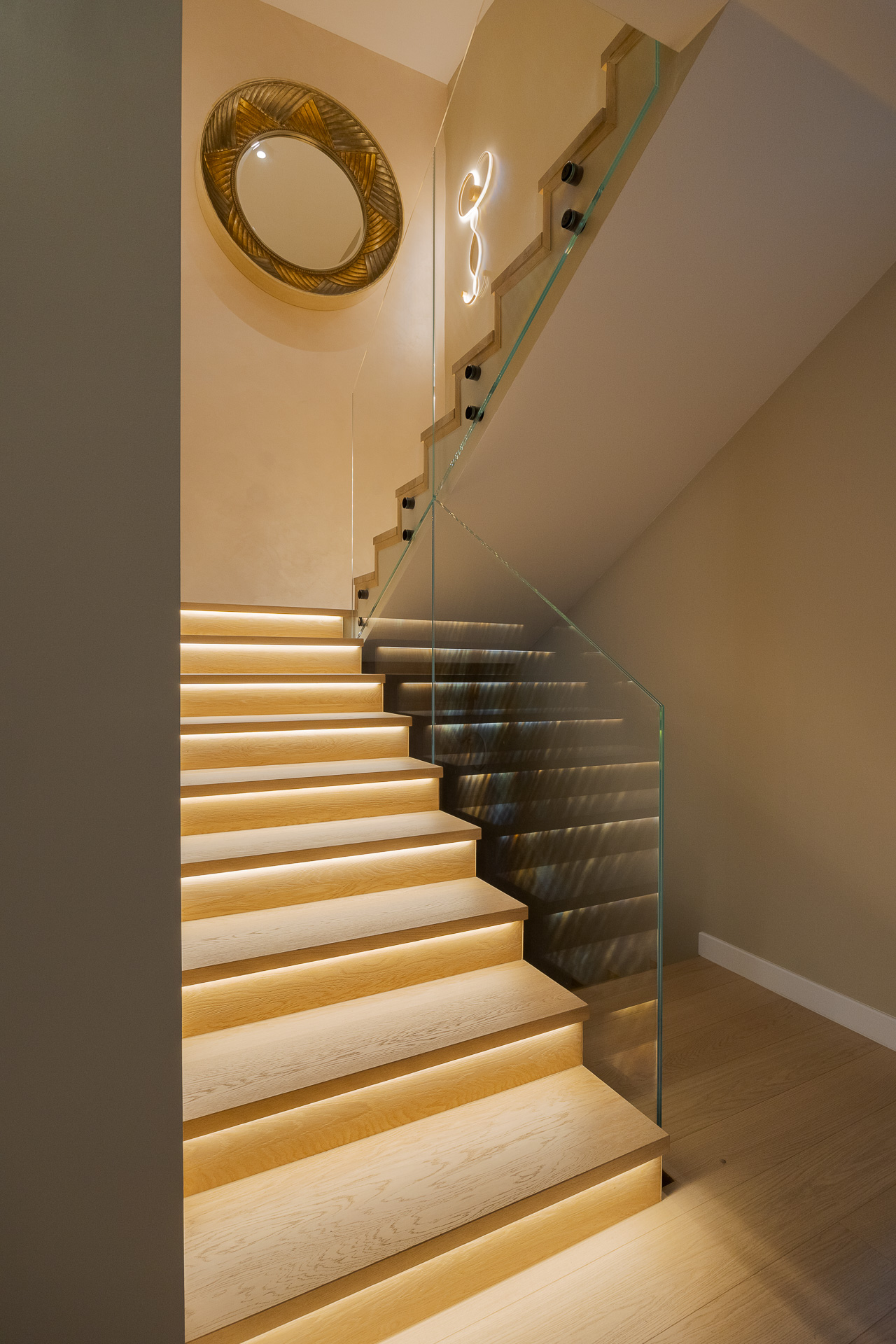 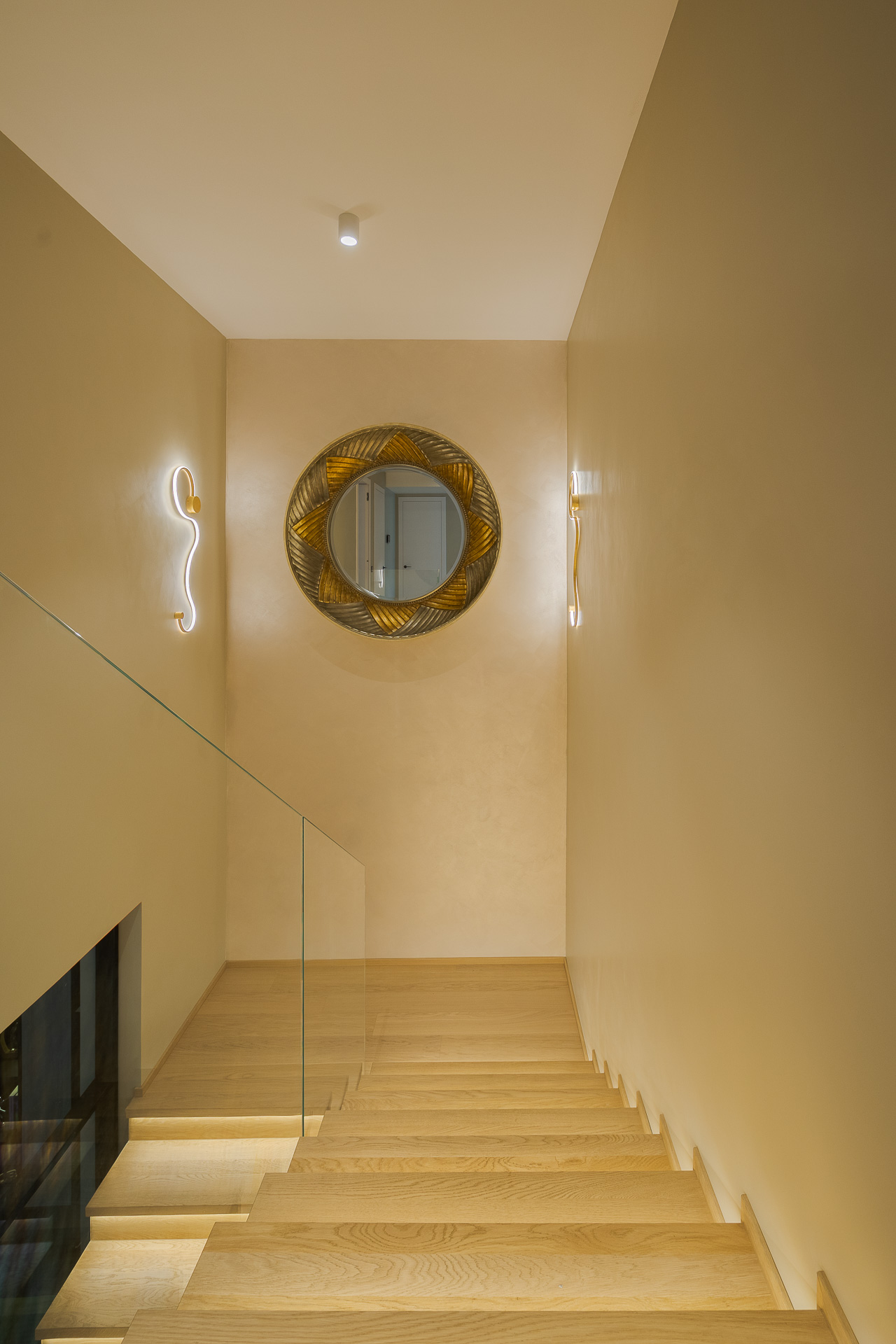 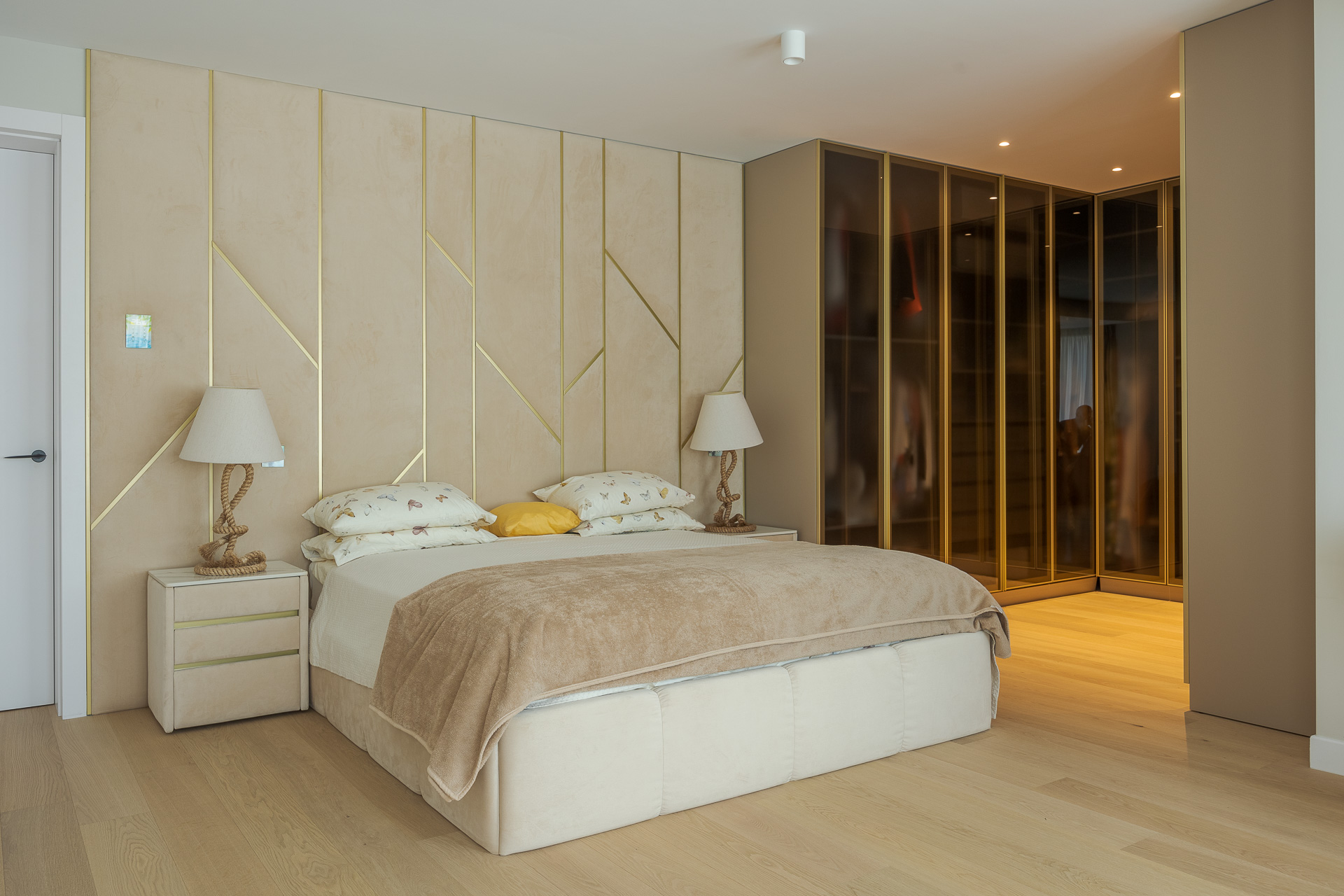 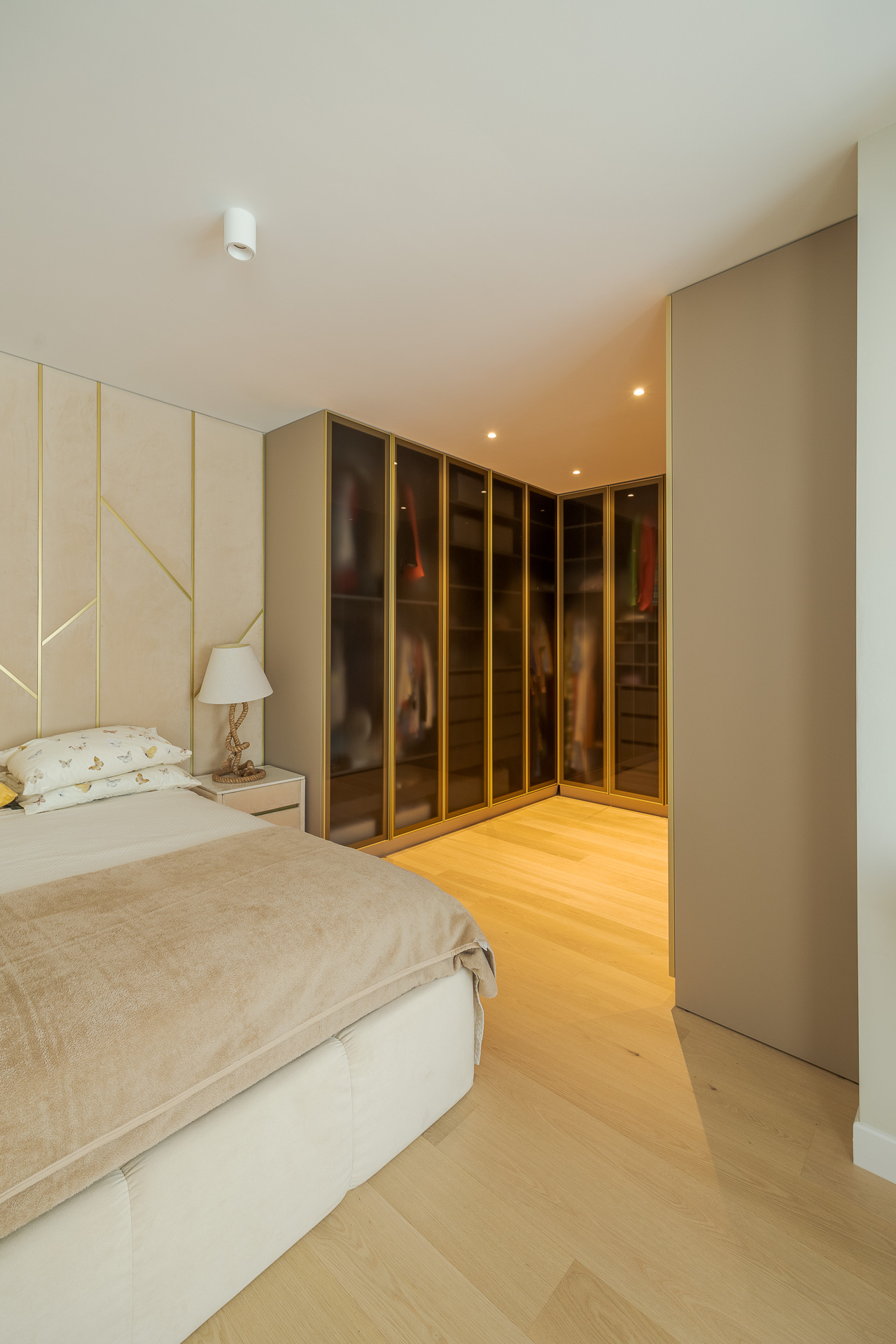 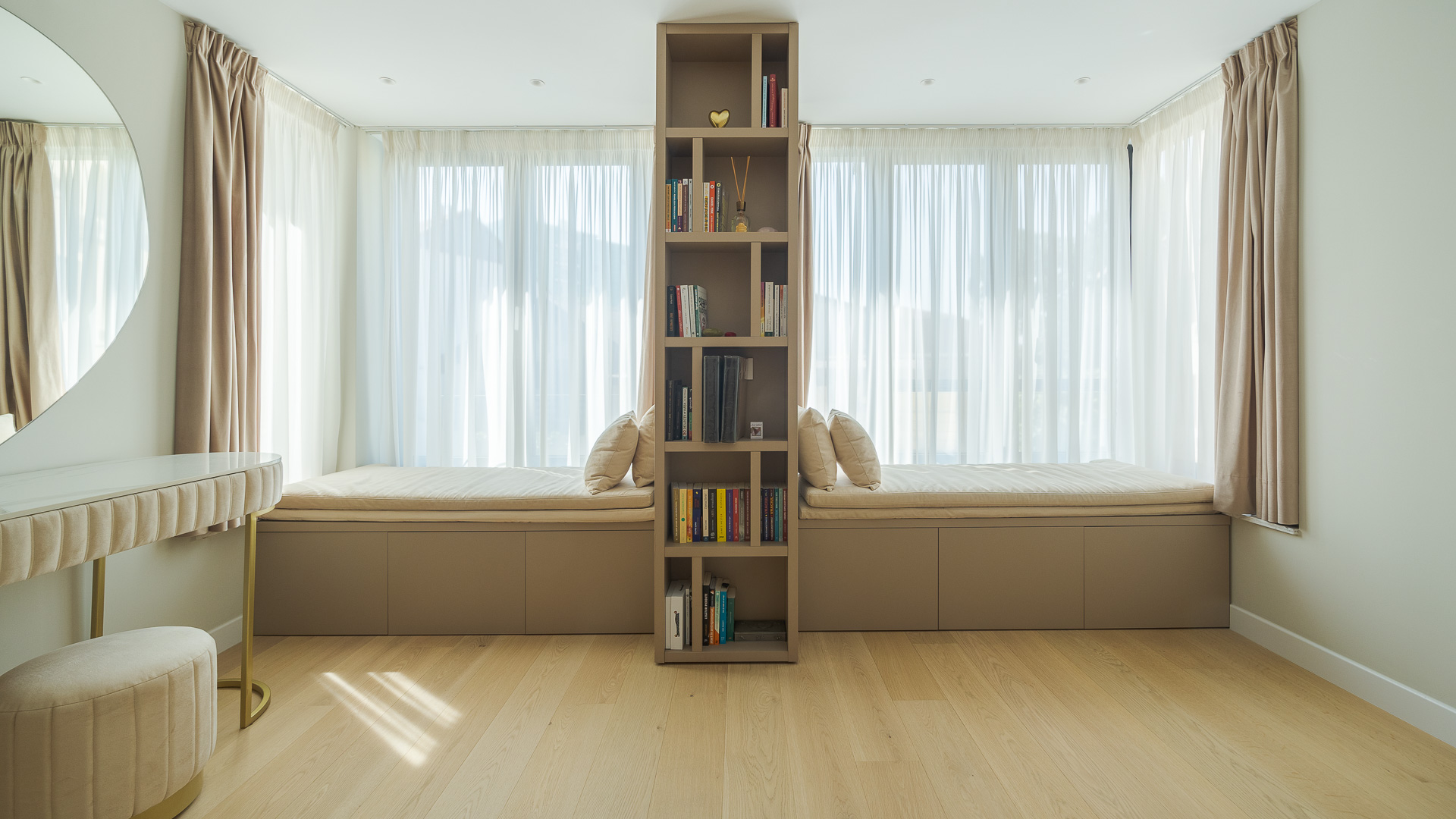 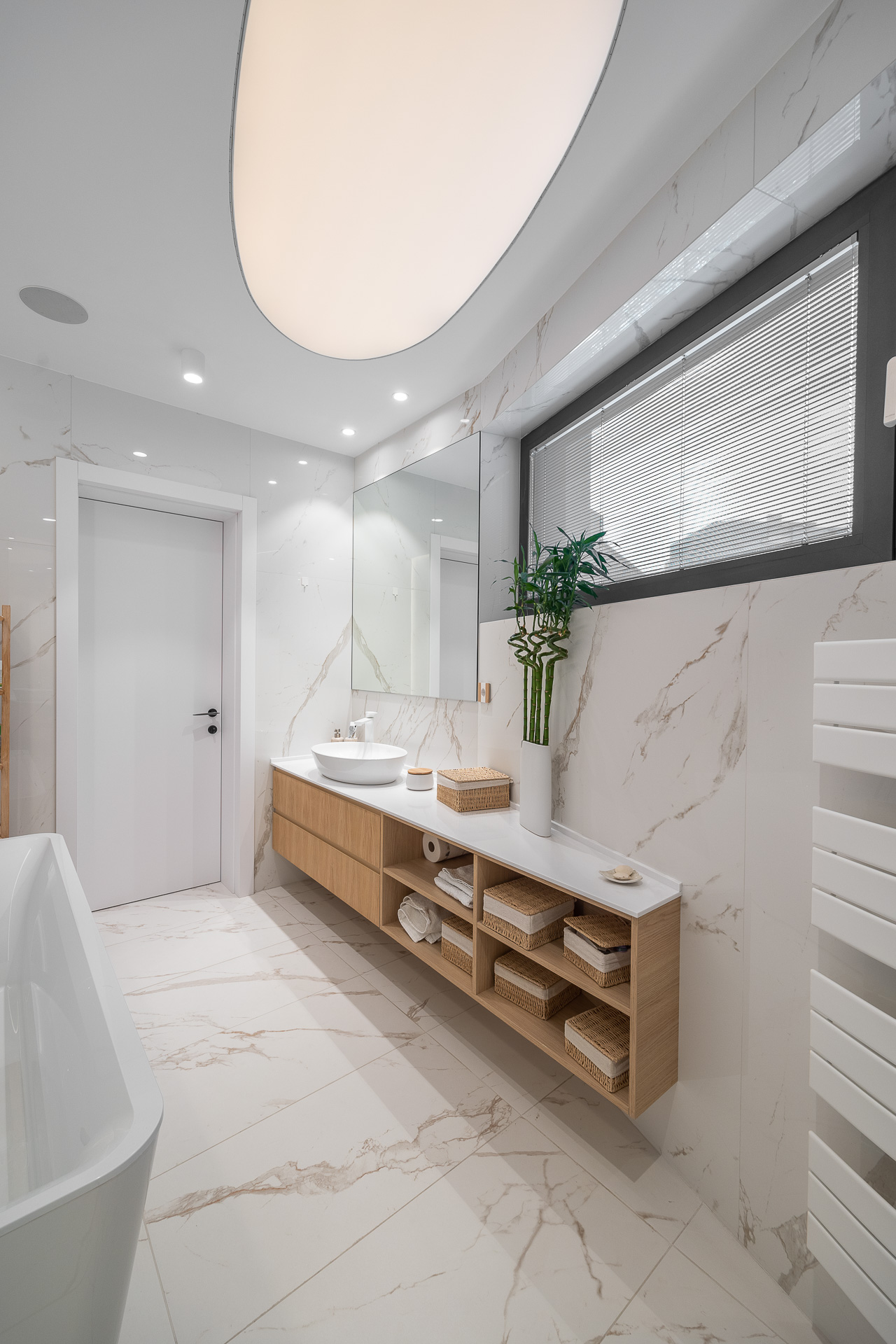