Modern House – simplicity as the guarantor of individuality 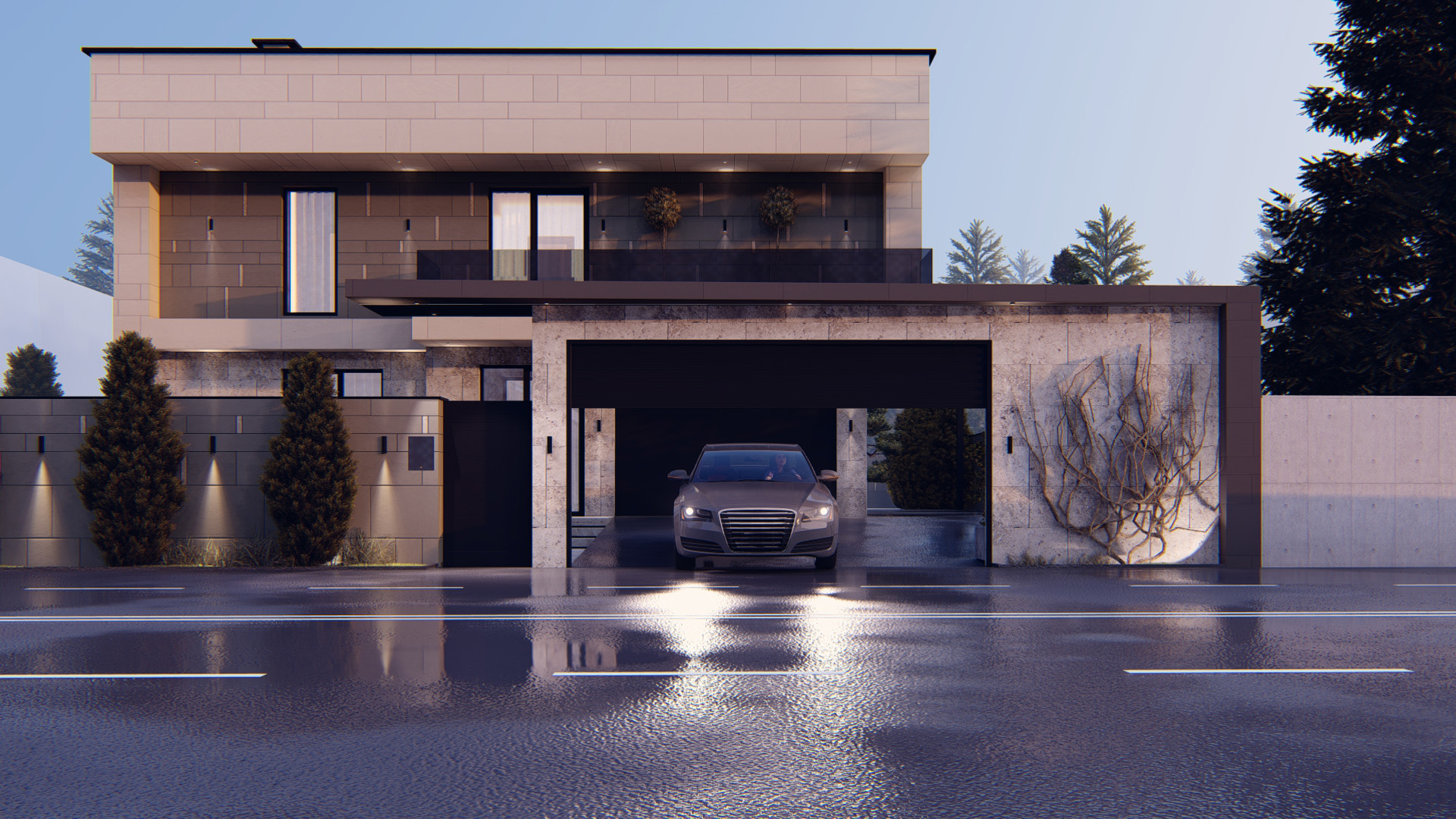 Concise lines characterized by functionality and aesthetics have been harmoniously combined in a luxury house with individual design. As the area of the land lot was limited, we decided to create a project that would allow as much green surface as possible. To achieve this goal, we opted for a 2-storey building, adapting its volumetry to the shape of the land lot and the opening to the cardinal points. We have shaped the concept so that we managed to open the living area and the inner courtyard to the south. Functionality is manifested not only at the planning level, but also at the construction level. We designed a ventilated façade, made from a combination of fibre cement and travertine tiles.

Of course, we also paid attention to the aesthetic aspects. Concise lines in contemporary style, inspired by modernist architecture were highlighted by the chromatic contrast, being even more accentuated by integrated linear LED. We used simple geometry, straight lines, without cumbersome architectural elements. We designed large windows and balconies with glass railings, so as to maintain the airiness of the space, but also the comfort of the house.

Modern House is a personalized project, responding to high demands, in which we have elaborated architectural and functional details that represent the philosophy of AB + Partners. 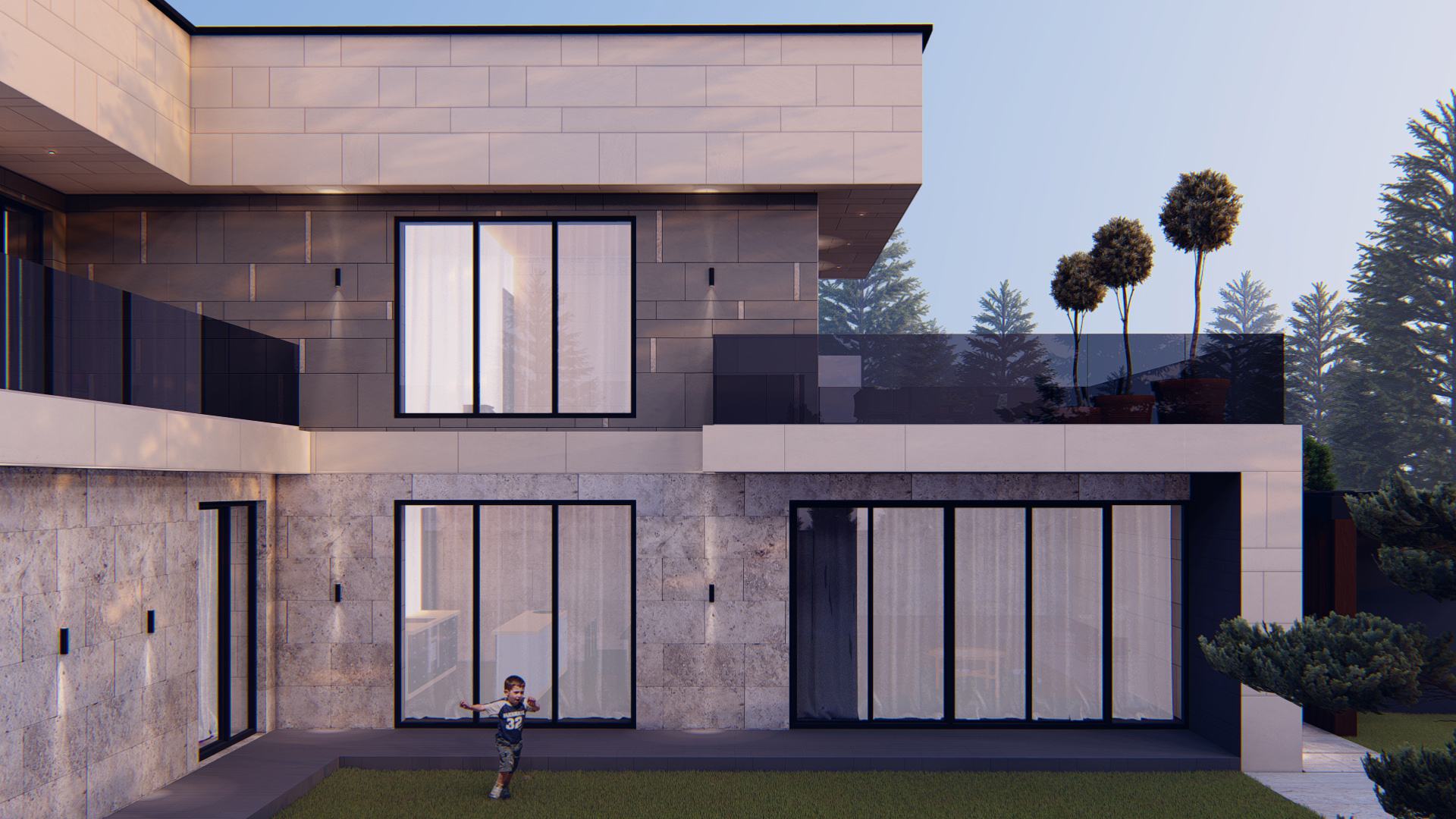 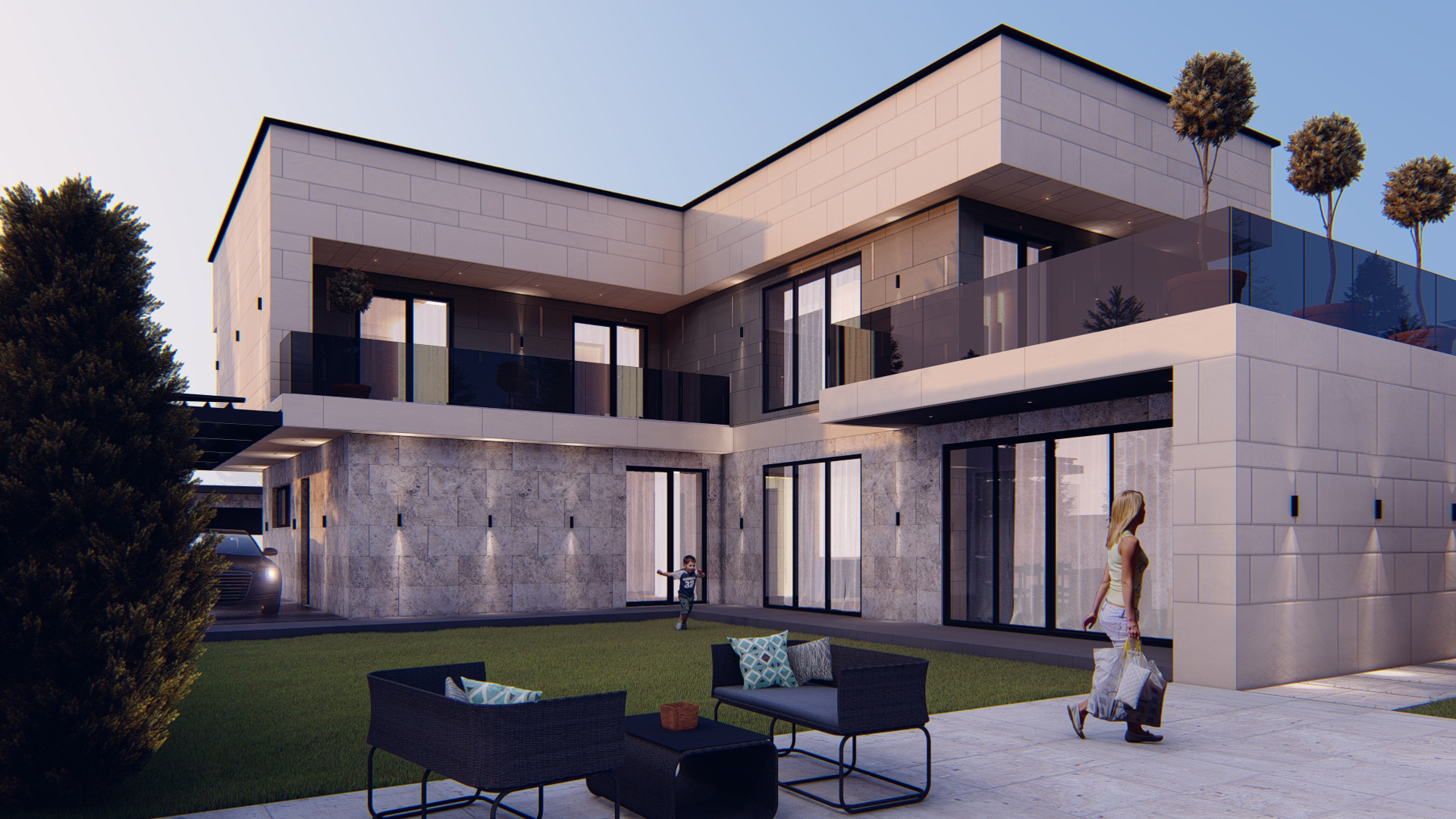 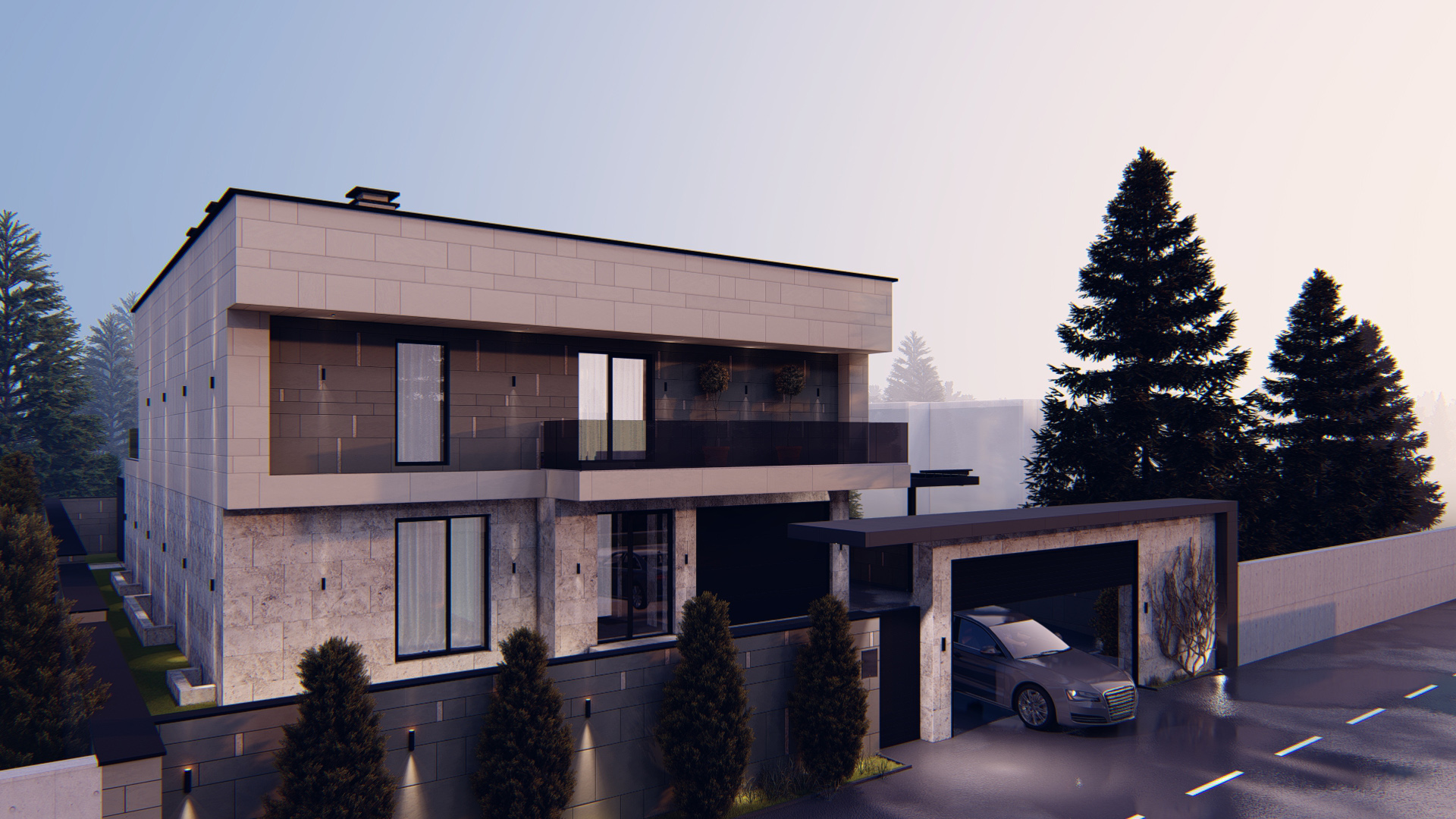 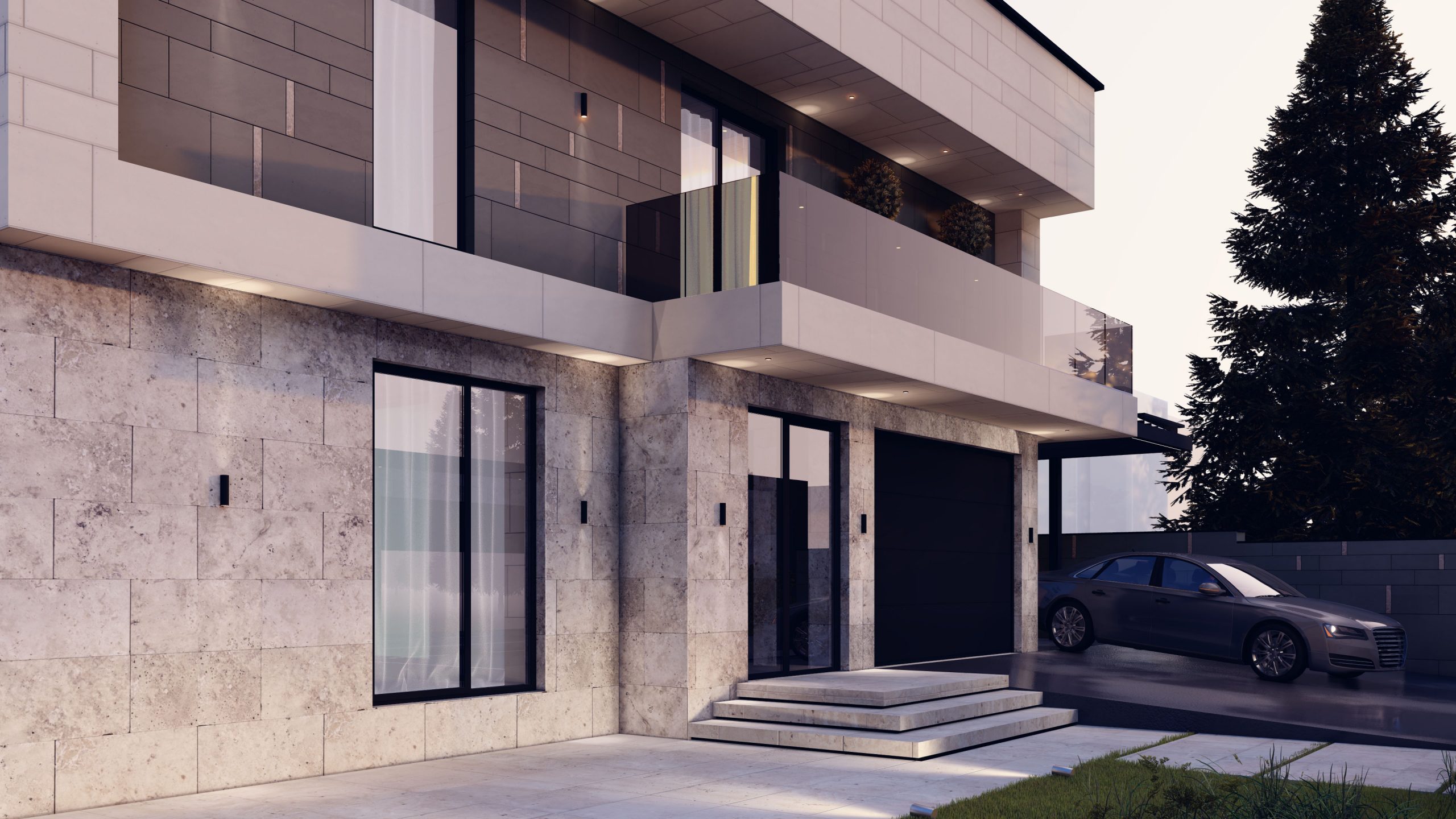 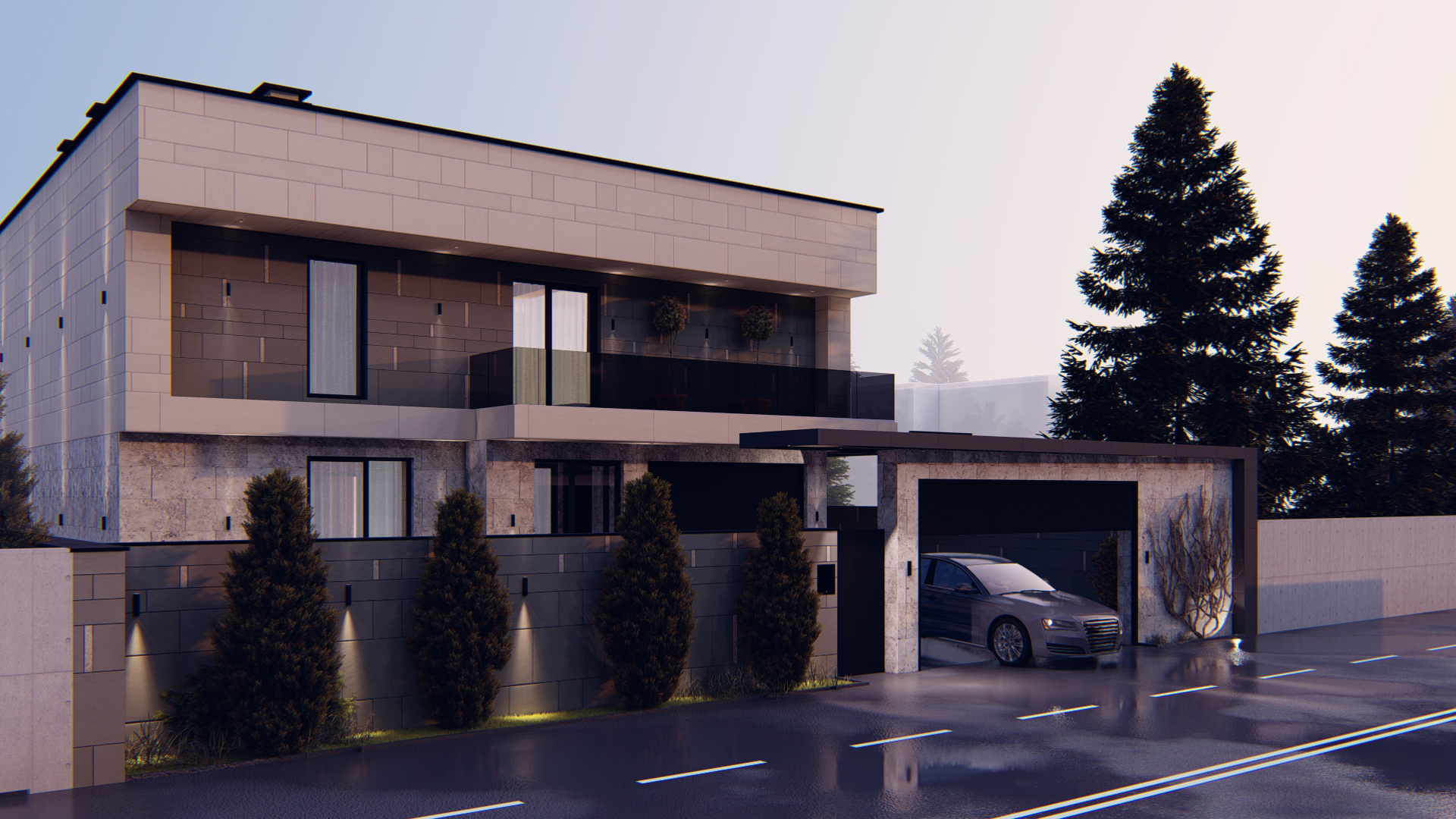 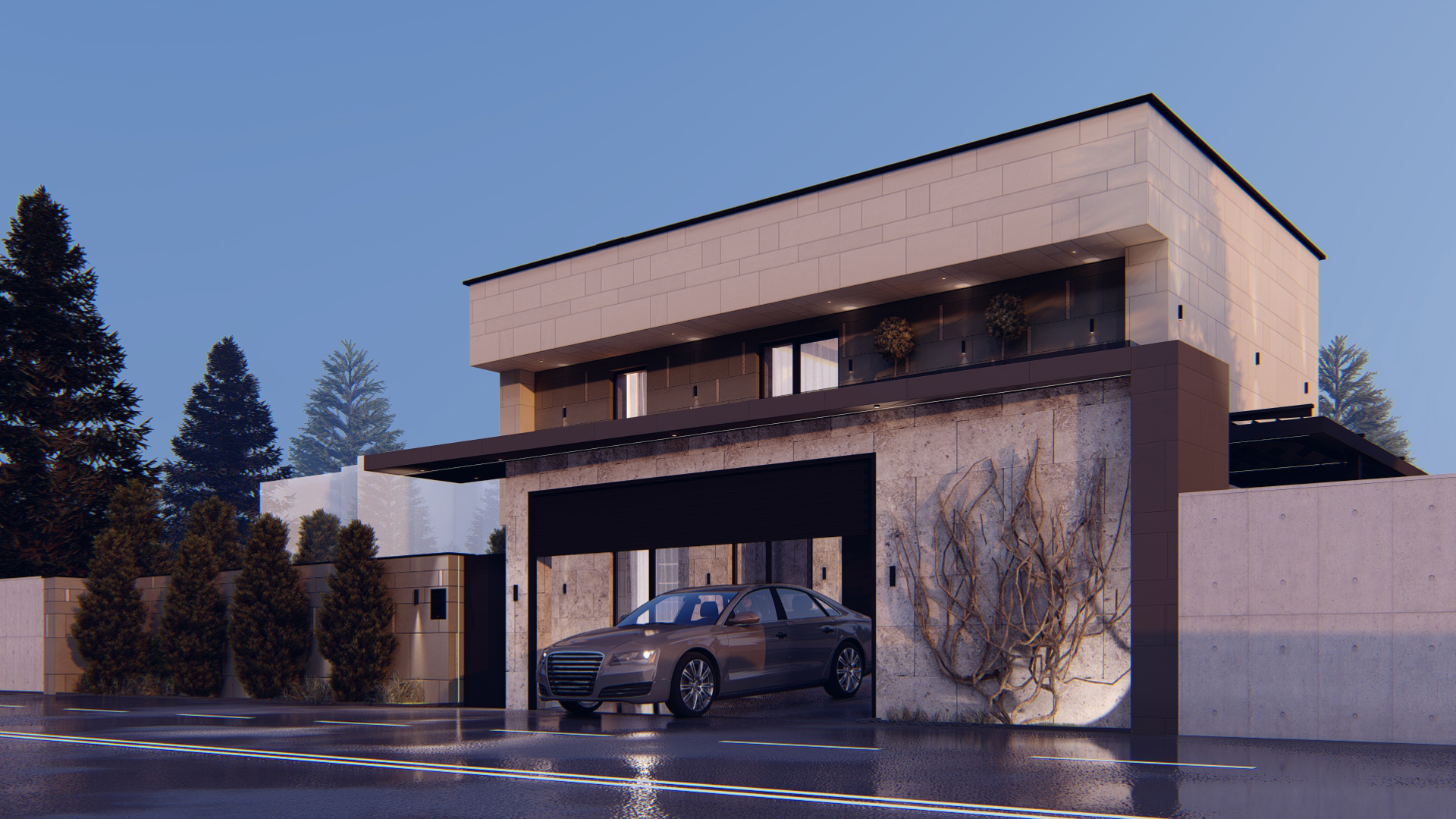