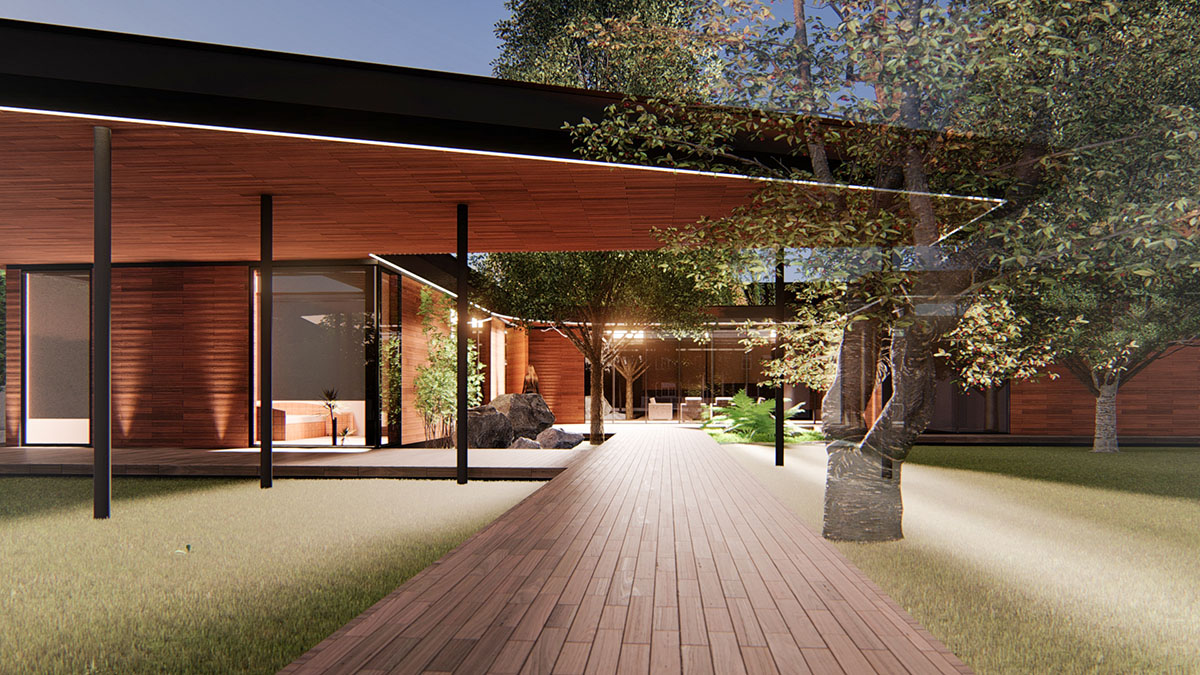 The architecture of this house expresses the character of the owners. The concise lines of this project resulted from the client’s desire to use Japanese style while creating it.  Thus, based on the principles of Japanese simplicity, we designed a spacious and functional interior, as well as an exterior view, the components of which were borrowed from the culture of the country of the Rising Sun and adapted to the space that we had.

It is an example of architecture that was formed not only by the existing constructions, but also by the trees that grew on the site. For to be harmoniously integrated into the architecture, they were embraced by the canopy designed around the perimeter of the house. In fact, the entire courtyard represents perfect harmony, perfect fusion with nature. We opted for a wooden façade, wooden terraces and even a reinterpreted Japanese garden, arranged in front of the house.

The one-story house was designed in such a way that light and peaceful atmosphere provide comfort to its residents. The house was divided into two large areas: the one in which the bedrooms are located and the one in which the kitchen and dining room that are joined by a spacious living room were arranged. We opted for large windows, from the floor to the ceiling to get the stream of light that floods the premises. At the same time, we brought into the project some privacy by designing a protective canopy contour made of composite material around the entire perimeter of the building. LED lamps appear as a geometric and at the same time graphic elements at the boundary between the wood and the composite of the canopy.

In landscape design we find other details that speak about the scrupulous care with which the project was created. The height at the level of ground was strictly respected as it dictates the location of the other elements, and namely the height of the lawn. The terrace and the paths around the house were arranged exactly above this level, as well as the path that continues until the entrance to the courtyard. The lawn also served as a reference point for arranging pools, the height of which ideally matches the level of grass, creating the effect of continuity. 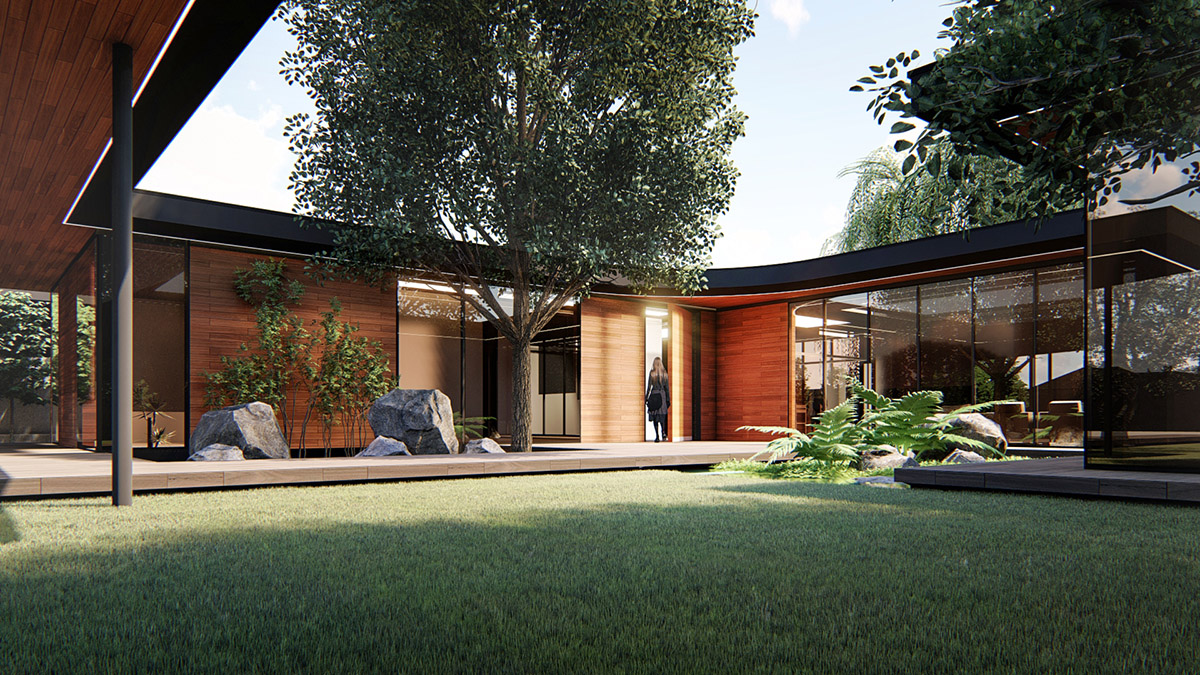 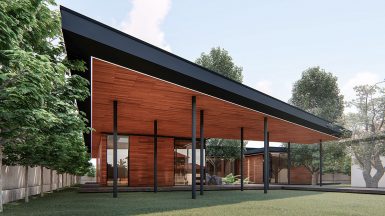 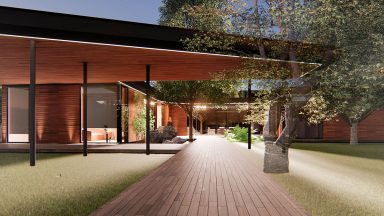 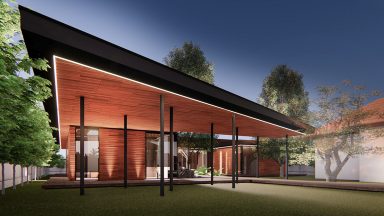 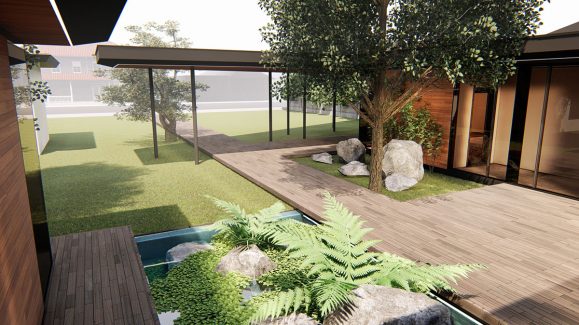 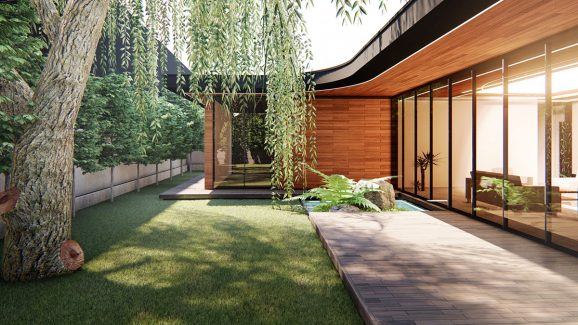 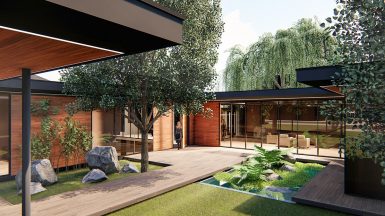 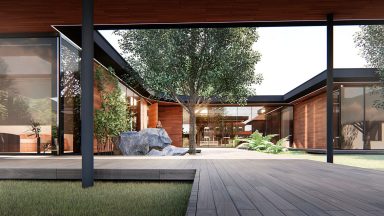 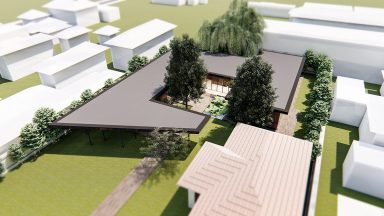 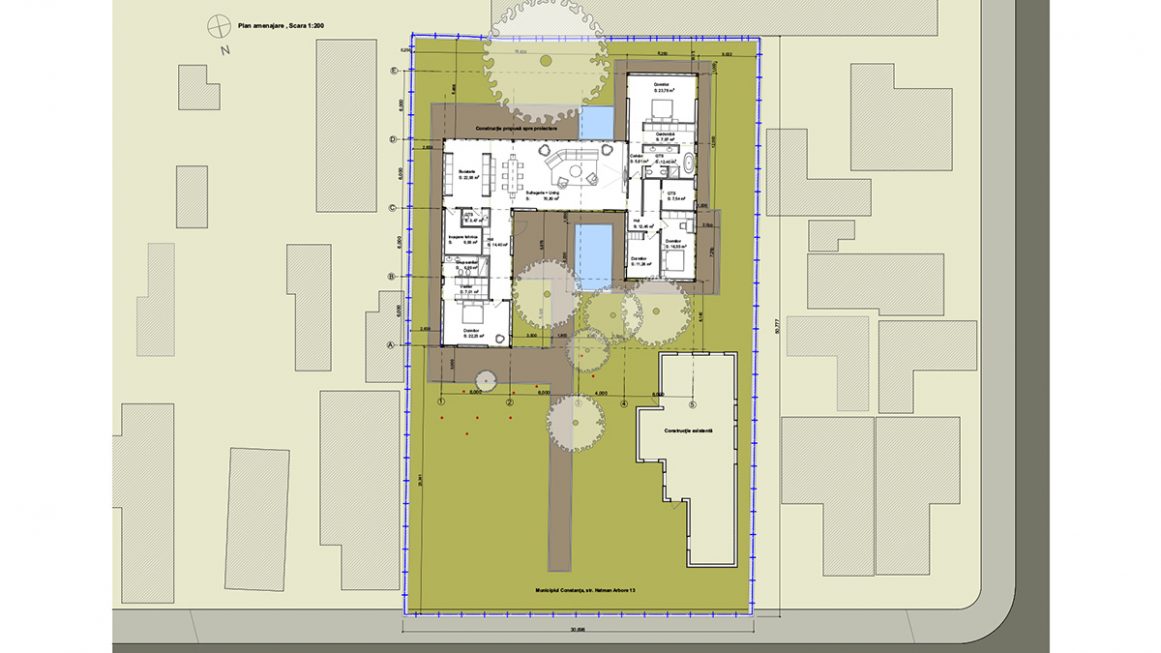 House in the historic center of Bucharest